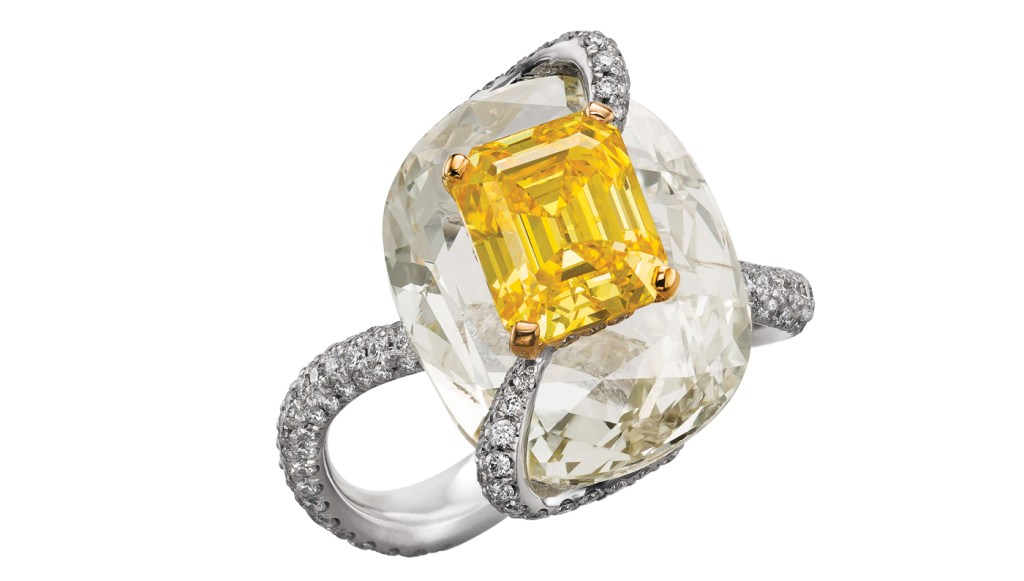 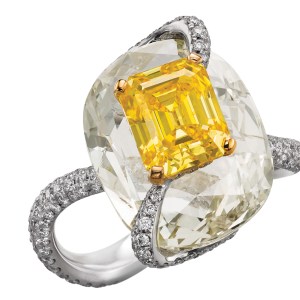 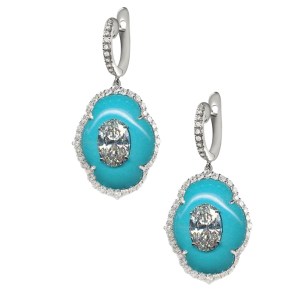 It requires tremendous precision, steady hands, and a degree of bravery to set an exceptional 7-carat pear-shaped ruby within a 10-carat old-mine cut diamond: The slightest misstep can easily crack and break apart the gems. Boghossian (boghossianjewels.com) believes the risk is worth taking to create striking jewelry designs that present the illusion of a gemstone floating within another gem.

Setting stones within other stones is not new, but the Geneva-based jewelry house has refined an old-world method to yield a more contemporary style, as shown in this ring featuring a vivid yellow emerald-cut diamond set within a white oval-shaped diamond. Known as the brand’s Kissing Diamonds technique, the method was pioneered by CEO Albert Boghossian and is carried on by his nephew Ralph Boghossian, a sixth-generation jeweler and head of product development and marketing, who brought together computer-generated stone mapping and the skills of master craftsmen. Artisans still forge the company’s pieces completely by hand, but with precise measurements that minimize breakage and visible metal. “We are looking for ways to push the limits in artistry and the style of classical jewelry,” says Ralph Boghossian, whose family has Armenian roots. Over the generations, the Boghossians have lived in several countries, but they ultimately settled in Geneva, where the brand now has its workshops and a boutique. In 2008, Ralph and his brother Roberto shifted their primary focus from supplying royal families and private clients with elaborate gemstone-encrusted jewelry suites to creating contemporary designs for international audiences. Their eye-catching styles recently captured the attention of Harrod’s, which opened a Boghossian outpost in its London store last year. (The brand also has its own boutique on London’s Bond Street, and another in Hong Kong.)

The Boghossian style blends an aesthetic inspired by patterns and motifs from India and the Middle East with statement-style European designs, as attested by the pictured turquoise earrings, which are inlaid with diamonds, and chalcedony cuff, with its inlay of sapphires and diamonds. Like the Kissing Diamonds method, the brand’s approach to inlaying is based on an old-world technique and allows for the creation of bold, modern styles with as little visible metal as possible. Says Boghossian, who continues to experiment with new methods, “We believe metal is an interference with the beauty of the stones.”