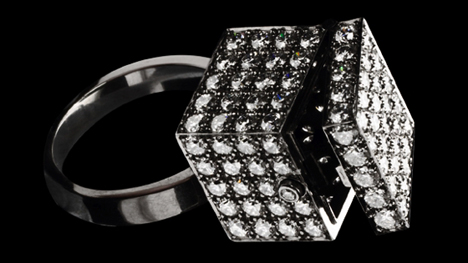 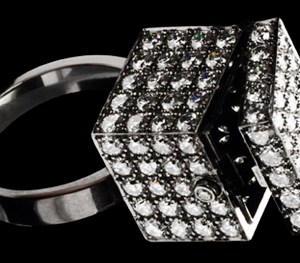 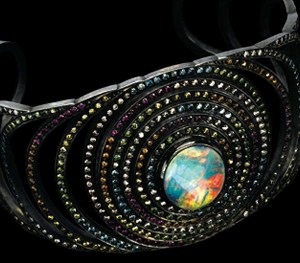 Solange Azagury-Partridge, known for creating unconventional fine jewelry such as the red enamel and gold Hotlips ring and the Poison ring that has a secret compartment, opened a boutique on Madison Avenue this spring. It’s her first shop outside of London.

The from ghoulish themes like poison to playful ones like daisies, Azagury-Partridge’s style is a stark contrast to the traditional jewelers and diamond houses along Manhattan’s Upper East Side. Even the decor stands apart with a ceiling displaying the constellations using thousands of Swarovski crystals and a dazzling hanging disco ball. The sleek black and red furniture and rainbow carpet adds to fantasy-like feeling of the store. But, it’s all created by the designer to enhance the jewels. Among her favorite pieces is the diamond studded Mirror box (shown), which is her variation of a disco ball turned into a poison ring with a hidden compartment. Prices range from $1,500 for an enamel and silver Hotlips ring to $350,000 for an elaborate jeweled necklace. (212.879.9100, http://www.solangeazagurypartridge.com)