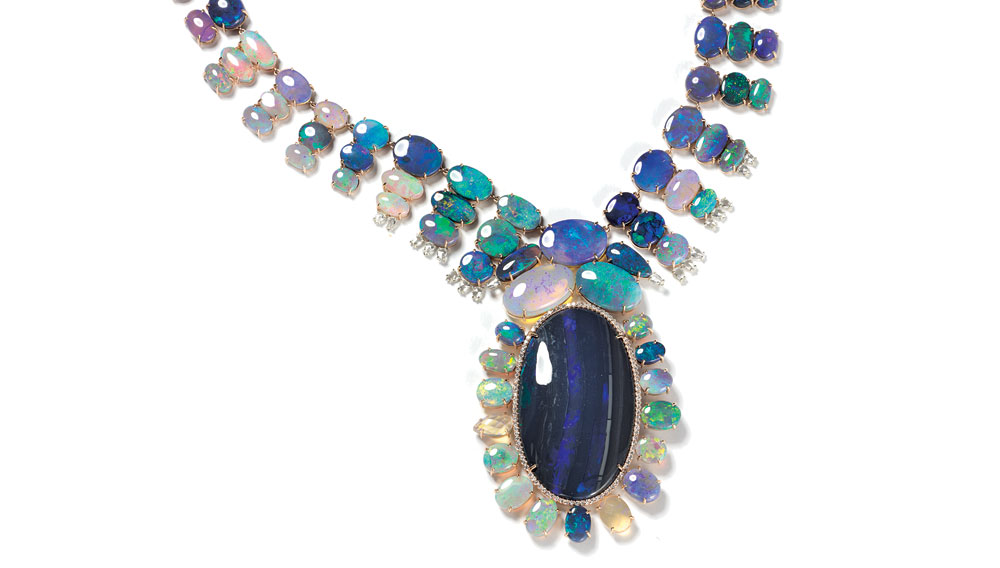 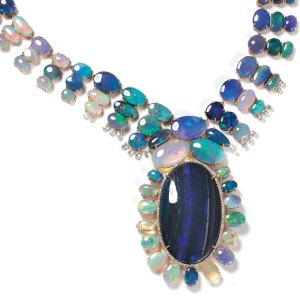 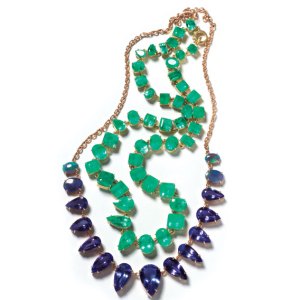 At first glance, 38-year-old jewelry designer Irene Neuwirth exudes a nonchalant, Bohemian spirit. She is dressed in a flowing print skirt and a plain T-shirt, with a boisterously colorful necklace that appears to be an assemblage of random strands of stones. Yet closer inspection reveals that the oversize piece is a careful composition of unusual gems: deep-blue opal and lime-green chrysoprase.

“Women like to wear the big, colorful necklaces because it is a form of self-expression that really stands out,” says Neuwirth. At one time, she points out, a woman spending $50,000 on a piece of jewelry wanted it to be covered with diamonds and look expensive; but today, she continues, women easily spend that much on, say, a large fire opal or spinel necklace that is equally precious but “more casual and unique and not identifiable as expensive.”

Such insights informed the designer’s first collection, which launched at Barneys New York in 2003. Her irreverent approach to fine jewelry combined uncommon gems—precisely cut chunks of green, blue, and pink tourmaline, for instance—with sapphires and emeralds to create playful pieces that complement a blouse and jeans as effectively as they do a ball gown. Since that time, her success with clients has encouraged her to make even bigger, bolder aesthetic statements. “I’m a true California girl,” says Neuwirth, who lives in Venice Beach and opened her first boutique on Los Angeles’s Melrose Avenue in October. This space reflects the same artistic sensibility as her jewels, what she calls “a relaxed California vibe.” To that end, the store has a living room to encourage clients to “hang out” and a large, open kitchen where visiting chefs—and sometimes the designer herself—prepare meals for small dinner parties.

If the boutique’s interiors are unassuming, its offerings certainly are not. Neuwirth sets no limits on scale or price for the 250 one-of-a-kind items she conceived for the opening. “I had a creative explosion and went wild,” she says of the pieces, which range in price from a few thousand dollars for earrings to more than $100,000 for an elaborate gem-laden necklace. Such one-off designs are a mainstay of her business, and most embrace the designer’s affinity for audacious dimensions and bright hues.

Finding the stones that have become her signature is no mean task. Neuwirth buys gems from dealers around the world and has them cut to her specifications by artisan stonecutters. She then allows intuition and instinct to guide her in assembling the finished pieces; some of her admirers, in fact, attribute the originality of her ideas to her lack of formal training as a jeweler. The designer believes it is this sense of freshness, rather than the rarity or size of the stones, that draws clients to her unique form of California dreaming. “I want women to buy my pieces because they make them feel beautiful,” she says.