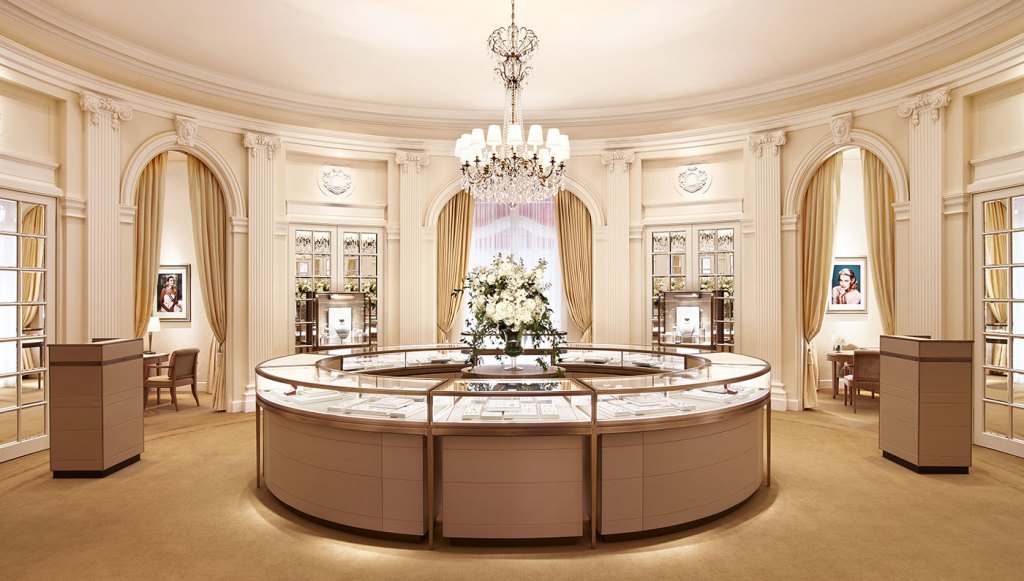 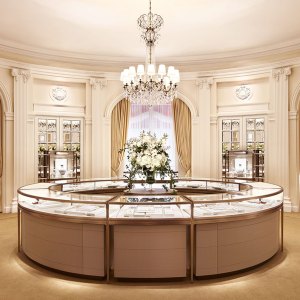 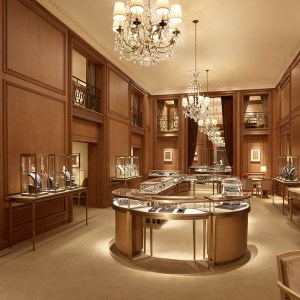 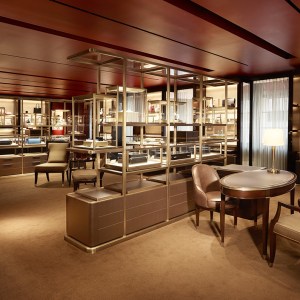 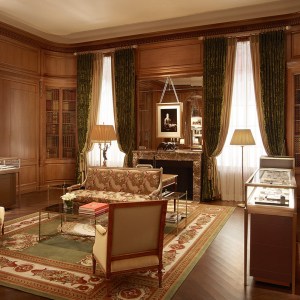 In 1917, Mae Plant, wife of railroad tycoon Morton Plant, exchanged her Fifth Avenue mansion to Pierre Cartier for a two-strand Cartier pearl necklace, which featured 128 natural white pearls and, at the time, was reportedly valued at $1 million. In those days, like today, natural pearls were rare and seen as the ultimate status symbol. Now, nearly a century later, Cartier reopens its Robert W. Gibson–designed, Neo-Renaissance mansion (dating to 1904) after a two-and-a-half-year renovation. French-born architect Thierry Despont, whose portfolio includes designing Bill and Melinda Gates’ home and restoring the Statue of Liberty, was responsible for the refurbishments. “I wanted to give people the feeling of being in the grand house that it once was,” Despont told Cartier earlier this year. “[The top floor] will open to a terrace that looks over Fifth Avenue. I don’t think there is another jewelry store like that in the world.”

And this is precisely what Despont achieved. The now five-story, 44,000-square-foot space (originally it was only 20,000 square feet spread across two floors) feels more residential than commercial from the moment you walk through the 52nd Street or Fifth Avenue entrance. A new lacquered panel depicting three gold-leaf panthers drinking from a river draws guests into the elaborate foyer, and the mansion’s original oak-paneled walls warm the liner, airy space.

A classical grand staircase, also in light oak, leads upstairs with each room displaying its own distinct style. The highlight of the second floor, and the entire Mansion, is the Princess Grace of Monaco room—a glamorous and feminine space that houses Cartier’s engagement rings with predominately white décor, pale-yellow taffeta silk curtains, and paintings of the American-born princess. The second floor also pays homage to Elizabeth Taylor, Gloria Swanson, and Morton and Mae Plant. The third floor is dedicated to timepieces, while the contemporary “Red Room” on the fourth floor is devoted to accessories, including perfume. “The walls are the same material as the Cartier boxes. It will be as though you are inside a box and looking at beautiful bags and accessories on display,” explains Despont. The fifth floor has a terrace that overlooks Fifth Avenue and is ideal for entertaining.

In addition to designing each of the four floors, Despont also restored many of the mansion’s original furnishings and worked with craftsmen in France to create bespoke pieces, including chandeliers that evoke Parisian styles from the 18th and 19th centuries. “The Cartier Mansion is an icon,” says Despont. “It’s a very modern store with state-of-the art facilities, but it still has the feeling that the Mansion was always there and it’s magnificent.” (cartier.com)