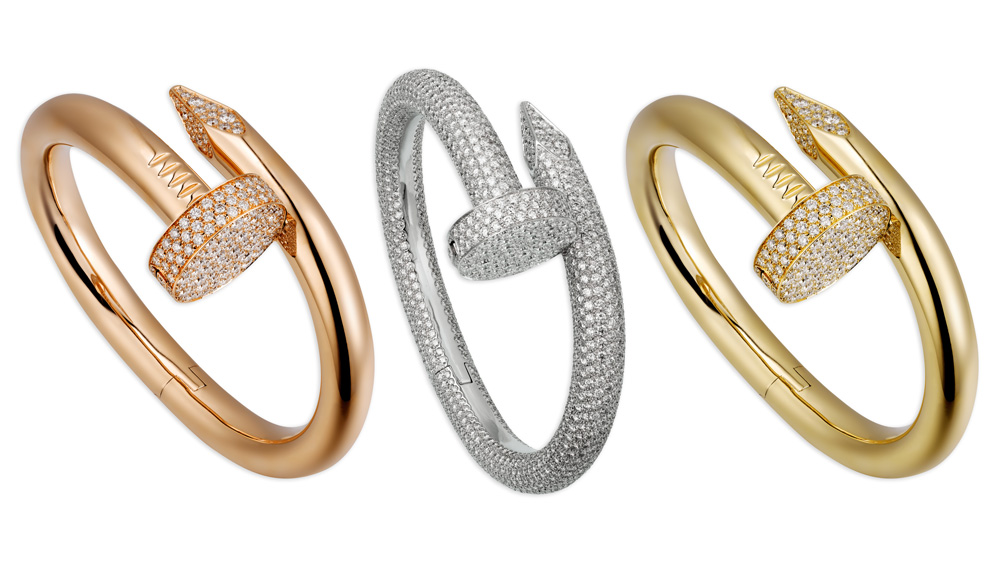 What makes an enduring design? This is the second article in a series that identifies the most iconic jewelry designs and why they are still relevant today.

The history: An original bon vivant, Aldo Cipullo joined Cartier New York’s design department in 1969 at just 23 years old and quickly made his mark at the prestigious French jewelry house. Hailing from Rome, the young talent was captivated by his glamorous new city, immersing himself in its art, culture, and nightlife. That energy inspired his modern, bold, and symbolic designs. Keenly aware of the cultural changes around him during the late ’60s and early ’70s in New York, he created fine jewelry designs that completely disrupted the standard form. One of his most famous was Juste un Clou, which in French means “just a nail.” 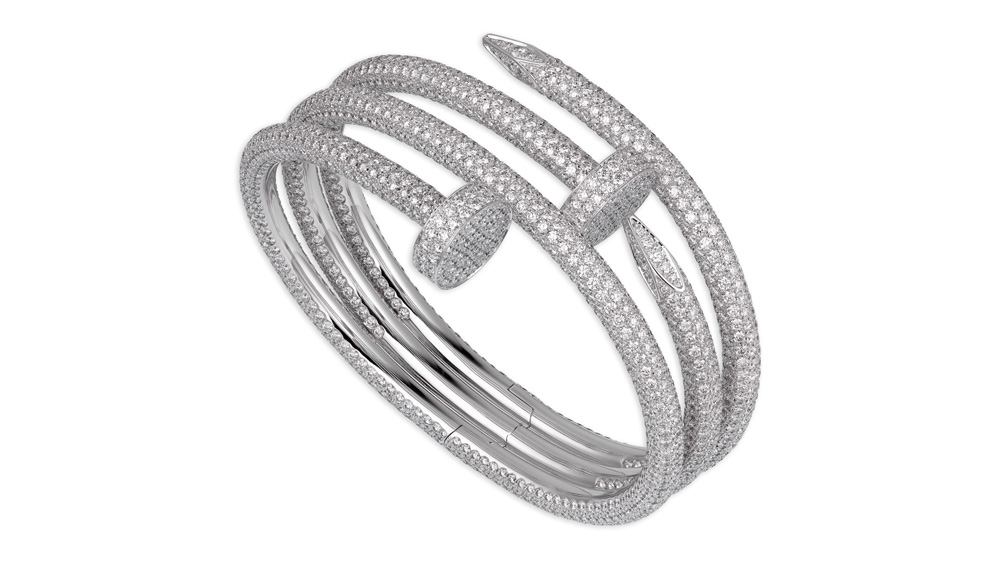 In 1971, the imaginative designer transformed the humble nail into a sinuous gold bangle that gave new meaning to the industrial object. It proved that the simplest, rawest form can project a provocative design in the hands of a skillful designer and craftsman. This bold concept also reflected the mission of Cartier’s forward-thinking young president at the time, Michael Thomas. Recognizing the changing social landscape, he directed the house to develop everyday bold gold designs for women and men that could be worn day and night. It’s an obvious directive, but at the time, much of what the house created was lavish jeweled pieces for its glittering clients around the world. Working together, Cipullo and Cartier developed the Juste un Clou, which captivated both men and women who responded to this somewhat rebellious jewelry. And the fact that it came from the prestigious house of Cartier only enhanced its appeal.

“I believe in a radical change in jewelry—it should be more fun! If you have a Louis XVI desk, you can have a Le Corbusier chair next to it. It’s the same with jewelry,” said Cipullo to Women’s Wear Daily in 1970. 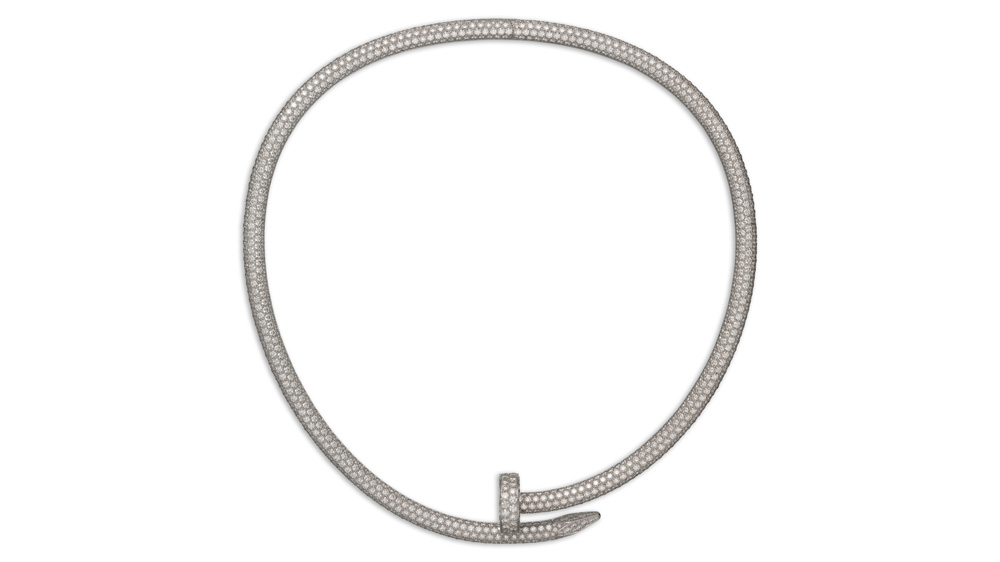 Cartier established several signature styles over the decades, but the Juste un Clou stayed especially relevant over time because of its minimalist, androgynous style and versatility, which appealed to both men and women. The designer said (from the Cartier archives): “My jewelry is both functional and touchable, sleek and warm. It can be worn 24 hours a day without any problems in change of clothes.”

It’s a subtle style statement, yet one glimpse of the curvaceous gold nail circling the wrist or finger, and it’s clear you are in the know. In the past few years, there has been a surge in demand for the iconic piece as the company unveiled a new collection with a wide breadth of designs, including rings, bracelets, and necklaces in rose, white, and yellow gold—some covered in diamonds and others paved with diamonds around the nail head. Today’s collection includes simple gold rings, starting at $2,270, to diamond-encrusted jewelry styles for $82,500.