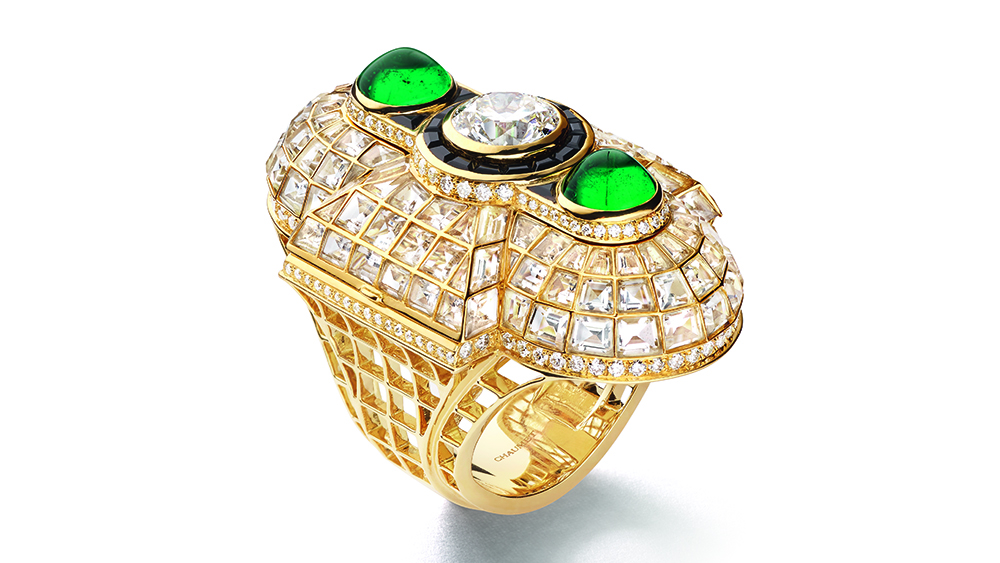 The house of Chaumet has created many treasures since its inception 240 years ago and now the jeweler is setting a new milestone with a brand new flagship at 12 Place Vendome in Paris. The new boutique is the result of the year-long renovation and restructuring of its former private space.

All the behind-the-scenes administrative offices have been moved to the Boulevard Haussmann, freeing up space for the ateliers where jewelers create the house’s masterpieces. Their workbenches are now placed next to large windows that let in light. The same windows look out onto one of the most beautiful and inspiring views in the world, the magnificent Place Vendome, home to the world’s top high-jewelry makers, from Van Cleef & Arpels and Boucheron to Cartier and Mauboussin.

Echoing back to the days when the edifice was a private home, the room where Chopin played his last mazurka now boasts a Pleyel piano, the kind the composer used to favor. The tiara room has doubled the number of mock-ups on view to 264. The boutique has removed walls to create a large flow of open space, with private consultation rooms off to the sides. Gold panels adorn some walls, and carpets shimmer with a light dusting of silver sparkles.

To celebrate the reopening and Chaumet’s anniversary year, the house created 16 special rings inspired by monuments around the world. It’s part of a tradition called “house rings,” explained Bertrand Bonnet Besse, the Ambassadeur Maison. “In Eastern Europe, a man would give his bride a ring made in the shape of their house as a promise that she would be taken care of.”

The least expensive ring, at 85,000 euros (102,200 euros with VAT or approximately $113,645 at current exchange), is Sheherazade, a mosque depicted in yellow gold, enamel and sapphires, with a lapis lazuli dome.

The largest and most expensive, at 300,000 euros (372,700 euros with VAT or $414,439 at current exchange), is Oriane, a replica of Paris’ Grand Palais, in diamonds, emeralds, and rock crystal.  “The roof opens for little messages, or other things,” Mr. Besse pointed out. Sheherazade and Oriane also come made with other gemstones, joining other house rings modelled on temples and pagodas from China and Japan. In honoring other cultures and historic monuments, Chaumet pays fitting tribute to its own reopened palace on the Place Vendome.