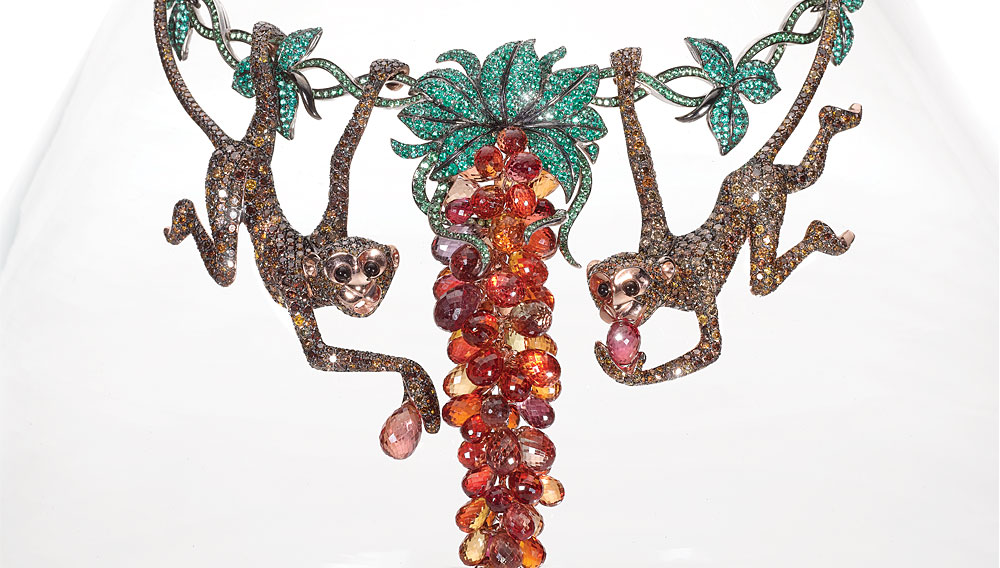 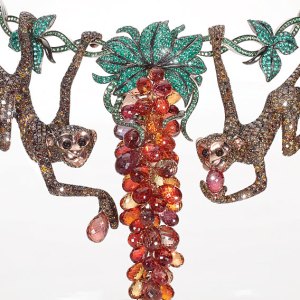 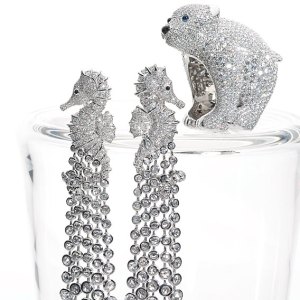 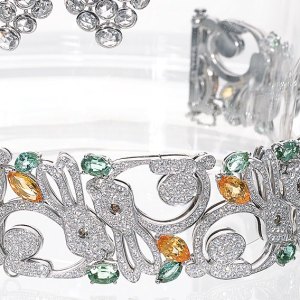 When marking a significant anniversary, a venerable luxury house often pays homage to its illustrious past with a celebratory collection influenced by its archives. But for its 150th anniversary this year, Swiss jeweler and watchmaker Chopard took a daringly different approach, creating 150 whimsical animal-themed jewelry designs executed in a variety of precious and semiprecious stones.

The idea for the Animal World collectioncame from Chopard copresident and artistic director Caroline Gruosi-Scheufele, a self-proclaimed animal lover. Rather than present a standard menagerie, she was compelled to develop original and humorous renditions of a wide range of species, from cats to giraffes and monkeys. “I wanted to show that high jewelry doesn’t have to be serious,” she says. “These pieces combine important stones in a more modern, democratic way.”

The collection, which includes more than 50,000 gemstones and diamonds, is produced by a team of 50 specialists in Chopard’s high-jewelry atelier in Geneva. Among Gruosi-Scheufele’s favorites is the colorful monkey necklace: The piece features a pair of primates, adorned in brown diamonds, hanging from vines and reaching for a bunch of orange-red-sapphire mangoes. Also exemplifying the studio’s skilled craftsmanship is the turtle ring, which showcases an 11.43-carat pear-cut brown-orange diamond as its shell, as well as 370 tiny yellow, cognac, and dark-brown diamonds that create the effect of scales.