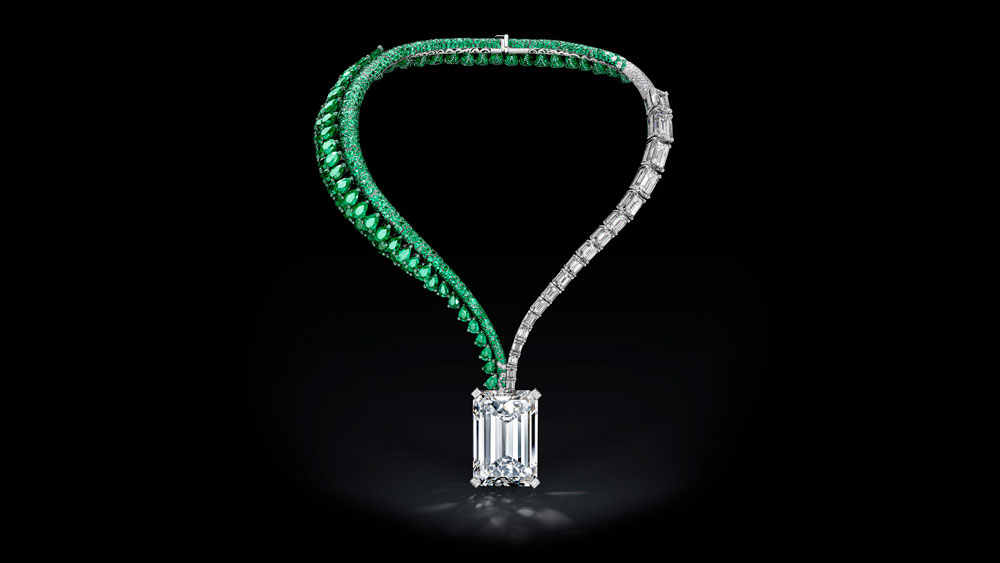 More than a dozen craftsmen from Swiss gem house De Grisogono worked for 1,700 hours over 11 months to create “4 de Fevrio,” a stunning 163.4-carat D color flawless diamond that will go to auction November 14 at Christie’s Magnificent Jewels sale in Geneva. It will be the largest gem of its kind to ever cross the block.

Last year, De Grisogono enlisted their team of experts to analyze the gem’s 404-carat rough, which was unearthed from eastern Angola’s Lulo mine in February of 2016.  After months of study, Ben Green, a veteran 50-year diamond cleaver, made the first cut in June of last year. In the months since, De Grisogono’s team has painstakingly angled each facet by laser and by hand. Then came the challenge of fitting this record-breaking stone into a wearable piece of jewelry. 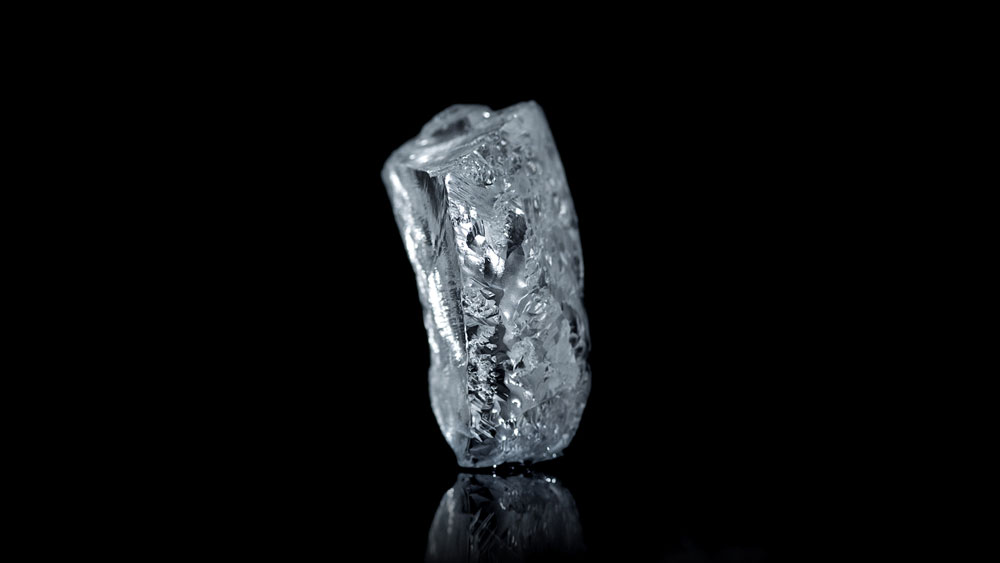 “I never thought I would work with a 163.41 carat diamond of this quality,” De Grisogono founder Fawaz Gruosi said in a press release from Christie’s. “I have never had a problem finding creative ideas, but this time there was the immense pressure of ‘dressing’ such an amazing diamond. I couldn’t do something very simple or that has already been seen. I needed a design that is outside-the-box.” 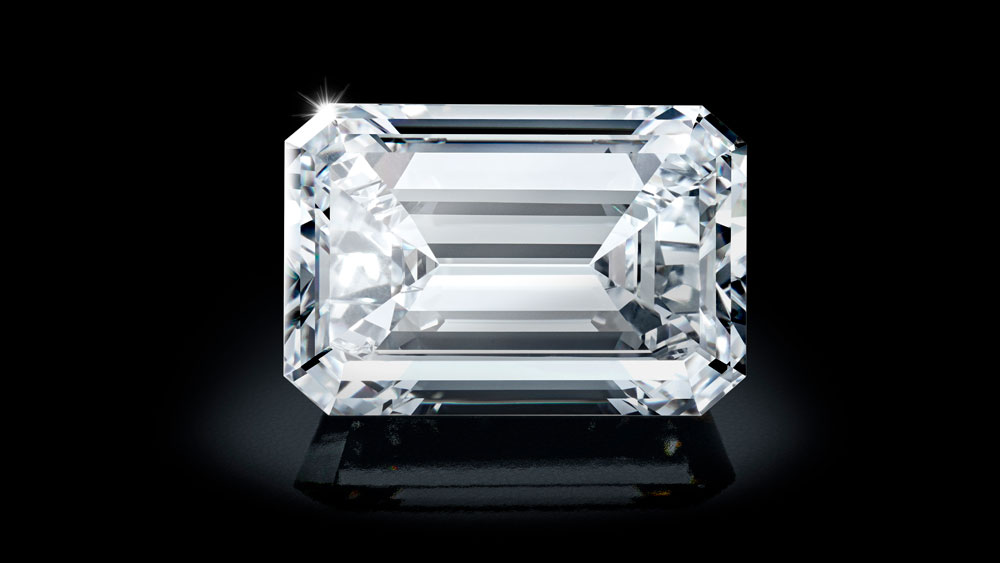 The final design is a stunning asymmetric necklace featuring 18 emerald-cut diamonds on one side, rows of deep green, pear-shaped emeralds on the opposing side and, naturally, the 4 de Fevrio as the extraordinary centerpiece.