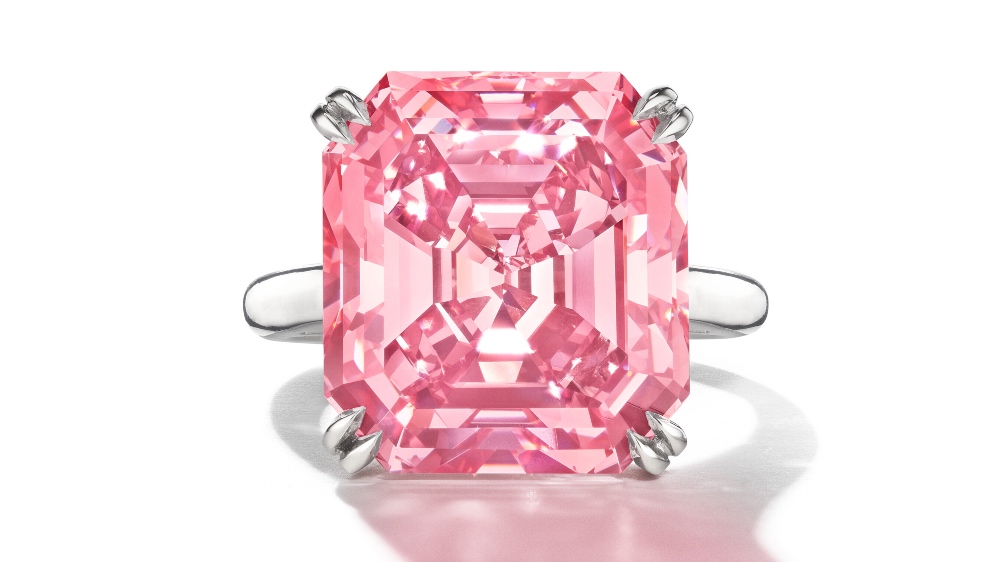 Another day, another pink diamond up for grabs.

Just in time for Christie’s Magnificent Jewels event next month, jewelry fans now will have a chance to snag an impressive 13.15-carat fancy vivid pink diamond ring at auction. A stone of this kind is rare among gems due to its bright hue and size—less than 10 percent of pink diamonds weigh more than one-fifth of a carat. Its estimated value ranges from $25 million to 35 million.

This gorgeous offering comes on the heels of the auction house’s whooping 19-carat Fortune Pink diamond, which was purchased for nearly $29 million earlier this month at the brand’s Luxury Week in Geneva. That stone is one of the largest pink diamond sales in the world, following the Pink Promise, which went for $32 million in 2017, and the Winston Pink Legacy, which was sold for $50 million in 2018 and set the world record of price per carat for a pink diamond at the time.

“Following the success of the Fortune Pink . . . we are proud to have been approached by a private collector to offer this incredible diamond at auction in December,” Rahul Kadakia, Christie’s international head of jewelry, says in a statement. “This season has seen outstanding results for fancy-colored diamonds and this particular fancy vivid pink is the highest caliber. With impressive saturation, step-cut facets and a clarity grade of potentially Internally Flawless, this 13.15-carat fancy vivid pink is magnificently rare.”

If you want to sneak a peek at the gemstone before placing your bid, you can see the diamond ring on display at Christie’s Rockefeller Center building in New York from November 14 to 15 and then again between December 2 and 5. There will also be a Hong Kong viewing from November 25 to 28.

For a chance to secure this lofty find, the sale itself begins on December 6 at 10 am during the company’s Luxury Week at Rockefeller Center.