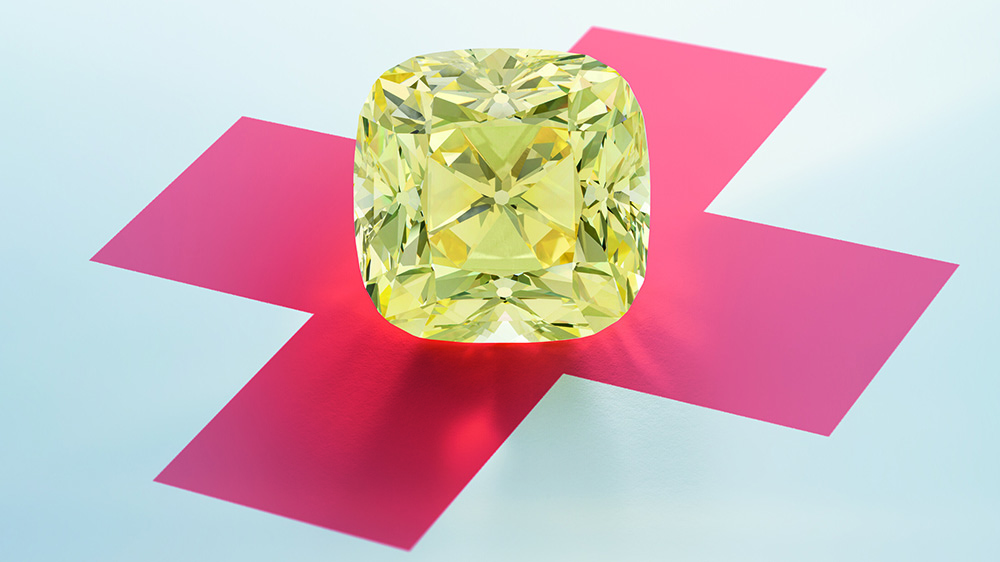 “The Red Cross Diamond” has already proven to be a success for Christie’s but the third time could still be the charm.

The auction house will sell the legendary fancy yellow diamond for a third time in little over a century as part of its Magnificent Jewels sale next month in Geneva. And if things go as expected it could sell for more than twice as much as it did the last time it was up for bid.

“The Red Cross Diamond” was originally cut from a rough stone believed to weight 375 carats that was found the De Beers South African mine in in 1901, according to Christie’s. The resulting cushion-shaped diamond is one of the largest in the world and is famous for its distinctive pavilion, which is faceted in the shape of a Maltese cross.

The diamond was first sold by the auction house in 1918 on behalf of the British Red Cross and the Order of Saint John, a group which still runs health organizations all over the world to this day. The stone sold to London jeweler S.J. Phillips for £10,000 at the time, or the equivalent of $600,000 today. It again went up for bid in 1973 and sold for CHF 1.8 million, roughly $4.75 million in today’s money.

Christies expects the diamond to sell for significantly more on May 11. The auction house has slapped a pre-sale estimate on the stone of CHF 7 million to CHF 10 million, or roughly $7.5 million to $10.7 million, according to Barron’s. A portion of the gavel price will go to charity, too. François Curiel, chairman of Christie’s Europe and head of its luxury department, said the stone will live up to its name with part of the proceeds from the sale going to the International Committee of the Red Cross.

As noteworthy as “the Red Cross Diamond” may be, it won’t be the headline lot Christie’s oversees that day. That distinction belongs to the 228.3-carat “the Rock,” the largest white diamond to ever be offered at auction. That stone is expected to sell for upwards of $30 million.