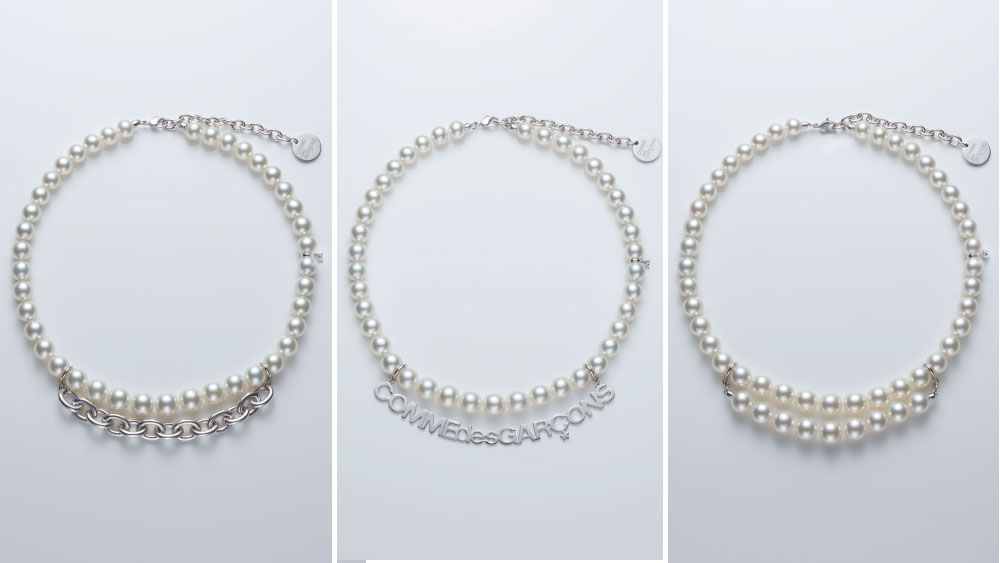 If the jewelry industry were to hand out superlative awards, pearls would be shoo-ins for biggest transformation. Once seen as staid and traditional, the seaborn gems are now designer darlings. The clearest evidence of that lies in the flurry of new collections that either celebrate the pearl’s grandmotherly charms or challenge them by featuring the gem in edgy, unexpected settings.

A sure sign that the pearl’s trendsetting reputation is well-deserved was the Jan. 22 announcement that for its first foray into fine jewelry, the avant garde Japanese fashion label Comme des Garçons has teamed with the luxury Japanese pearl specialist Mikimoto on a two-year collaboration, beginning with a collection of unisex pearl designs aimed expressly at men.

“Recently, I’ve noticed how men also look good when they wear pearls,” said Rei Kawakubo, the visionary Tokyo-based founder of Comme des Garçons and retailer Dover Street Market, in a statement. A traditional company such as Mikimoto clashing with the rules “can lead to something new.”

In this case, the “something new” is a line of seven pearl necklaces—featuring strands of white South Sea or akoya pearls set in sterling silver—that look chic but relatively classic until you see how they’ve been styled in the ad campaign: Draped over a tie worn by a fresh-faced young man dressed in a suit.

“It is a modern idea that these pieces were designed to be worn by everyone—not just women,” said Adrian Joffe, president of Comme des Garçons. “We thought it was important—and that was interesting to Mikimoto.”

At first glance, the combination of ungendered, forward-thinking positioning is at odds with the age-old craftsmanship of Mikimoto, the company that first brought pearls to the masses (founder Kokichi Mikimoto cultured the first pearls in 1893, drastically changing a market that had previously hinged on rarefied natural pearls).

Previewed at Paris Couture Week, the necklaces in the collection range from $2,800 to $39,000 and will be available in mid-February at Comme des Garçons and Dover Street Market stores internationally as well as Mikimoto’s two flagship locations in Tokyo.