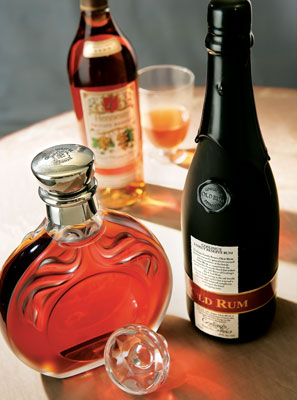 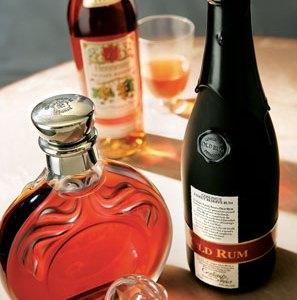 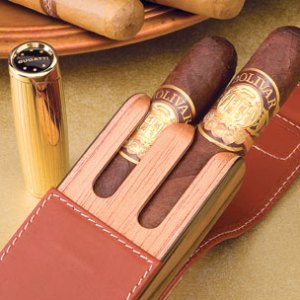 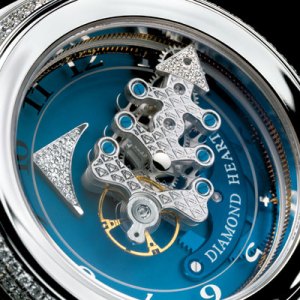 Robb Report readers should need no introduction to the work of photographer Randall Cordero, who operates Cordero Studios in Woodland Hills, Calif. His relationship with CurtCo Media, the magazine’s parent company, spans more than 15 years and continues with this issue’s annual “Holiday Host Guide”, for which he provided the images that accompany our wine, spirits, and cigar selections.

“Bill Curtis and Robert Ross [CurtCo Media’s CEO and senior vice president/creative director, respectively] have been big influences on my career,” says Cordero, who has shot hundreds of covers and features—in the studio and on location—for more than three dozen magazine titles. “Robert and his creative team always give me the latitude to push my photography to the limit. We’ve shot tens of thousands of images, and the projects just keep getting better.”

Ross recalls his first shoot with Cordero, in 1990. “He could compute f-stops and lens ratios like Rain Man, but his working style and mine just meshed perfectly,” says Ross. “Since then, I’ve burned a lot of midnight oil in the studio with Randy, and it’s always a hoot. He’s a great photographer and a best friend.”

The striking images in this month’s photography spread on colored diamonds (“Super Natural Beauties”) represent Phil Marco’s ability to create dramatic photos while still adhering to a signature style that he describes as graphic simplicity. “My approach was to use the beauty of the human body as a surface that would present the diamonds without clothing or props that would steal the thunder of the main event,” says Marco, a New Yorker who describes himself as a visual designer.

Marco’s talent has long been on display and frequently praised. He has won more than 500 national and international awards, including a Grammy in 1973 for his work on the album cover for the London Symphony’s version of the Who’s Tommy. An assistant director for Martin Scorsese on a number of films, he engineered and filmed the extraordinary scenes of the sand mandala in Kundun. Marco’s work in this month’s issue reflects a similar attention to detail. “After the shoot, in post I slightly desaturated some of the skin color to further enhance the display of jewelry,” he explains. The results could not be more dazzling.

Robb Report contributing editor Jill Newman has witnessed the reasons why so few jewelers are able to offer the colored diamonds she writes of in “Rainbow Ice”. “I visited mines in Botswana and South Africa that are located in the vast expanse of the African countryside, hours by plane from civilization,” says Newman, who has been contributing to the magazine for eight years. “I saw how much manpower and machinery it takes to find the diamonds. After an investment of hundreds of millions of dollars in a single mine, they will find quite a few white, but only a handful of high-quality colored diamonds.”

Just as impressive as the attempt to find the diamonds, says Newman, was the effort on the part of De Beers and its employees to preserve the environment around the mines. “It is amazing to see the mining industry coexist alongside innovative and well-funded conservation programs,” she says. “Outside the Venetia mine in South Africa, we tracked 30 African wild dogs and their pups in an area where they were formerly endangered.”

If only colored diamonds were as easy to find.James D. Malcolmson, a frequent Robb Report contributing writer on all things horological, has, as one would expect, perfect timing. “This is an exciting period to be involved in the watch industry, because the pace of technical and design advancements is greater than it has been for the last 200 years,” says Malcolmson. He explores this development in “Escape Artists”.

Malcolmson sees a change in watchmaking culture as well. “Watchmakers are less bound today by the industry’s heritage and are now designing to the limits of not just their technical abilities, but also the limits of their imaginations.” He looks at the vanguard of this movement in “Mod Squad”, which the Davies + Starr studio in Manhattan’s SoHo district photographed. “High-level watches are being transformed from status symbols into far more personal and fascinating objects. This has been a great pleasure to observe,” Malcolmson says, clearly enjoying this brave new epoch.