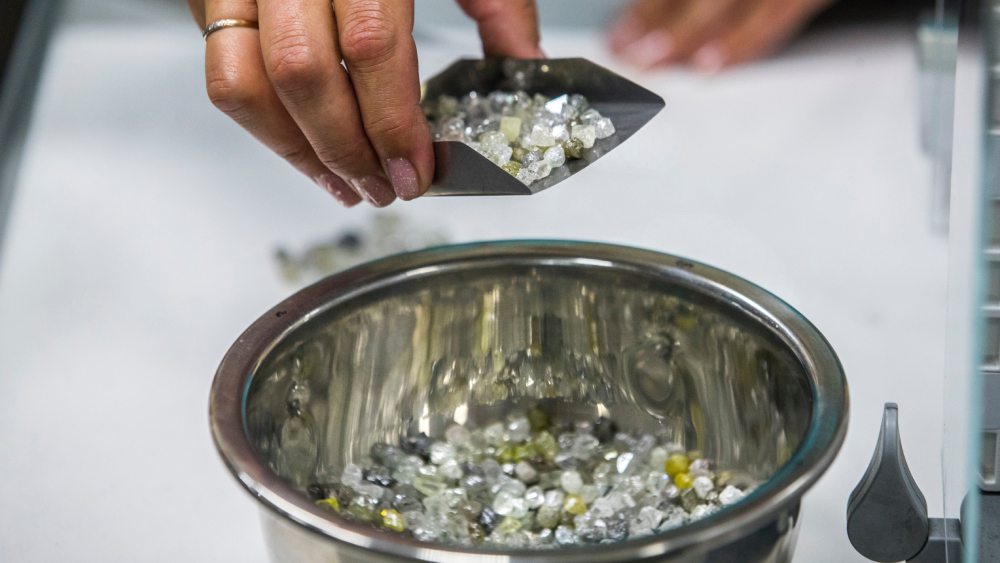 Whoever thought having too many diamonds could be a bad thing?

With the coronavirus pandemic having effectively stalled the global marketplace for months, miners of the precious gems have struggled to unload their inventory as lockdown begins to ease, according to a report from Bloomberg. It’s presented an unprecedented conundrum as the field’s top firms––such as De Beers and its chief competitor Alrosa PJSC––try to reduce billions in stocks without simultaneously harming economic recovery.

And that recovery will be hard-won. Covid-19’s impact has devastated the business with many jewelers closing shop permanently and key parts of the industry, like India’s skilled polishers, forced to stay home and halt production. Now that business activity is slowly resuming, miners are slashing production in the hopes of getting a better grasp on the overall supply. However, their efforts haven’t proven to be enough.

According to Gemdax, an industry adviser, the world’s five largest diamond producers are sitting on excess inventory worth somewhere in the ballpark of $3.5 billion. That figure is expected to grow to $4.5 billion by year’s end. The latter figure represents nearly a third of all of the rough diamond trade.

“They’ve tried to restrict rough-diamond supply to protect the market and protect value,” Gemdax partner Anish Aggarwal told Bloomberg. “The question will be, how does this destocking occur? Can miners destock and keep protecting the market?”

Despite being forced to cancel a March sale, De Beers still managed to have one in May but refused to divulge sales figures as is its normal practice. According to insiders, the sale netted $35 million, a number that sounds impressive until it’s compared to last year’s final tally of $416 million.

If there’s a silver lining to be found, it’s that many De Beers customers are welcoming its change in tactics. And it’s important for the company to keep that business as many of its smaller competitors have initiated steep discounts to help stay afloat and move product.

Last week, Alrosa said that the company’s diamond inventory could increase to 30 million carats by the end of 2020, a figure that just about matches its annual output. It hopes to cut that projected inventory figure in half within three years.