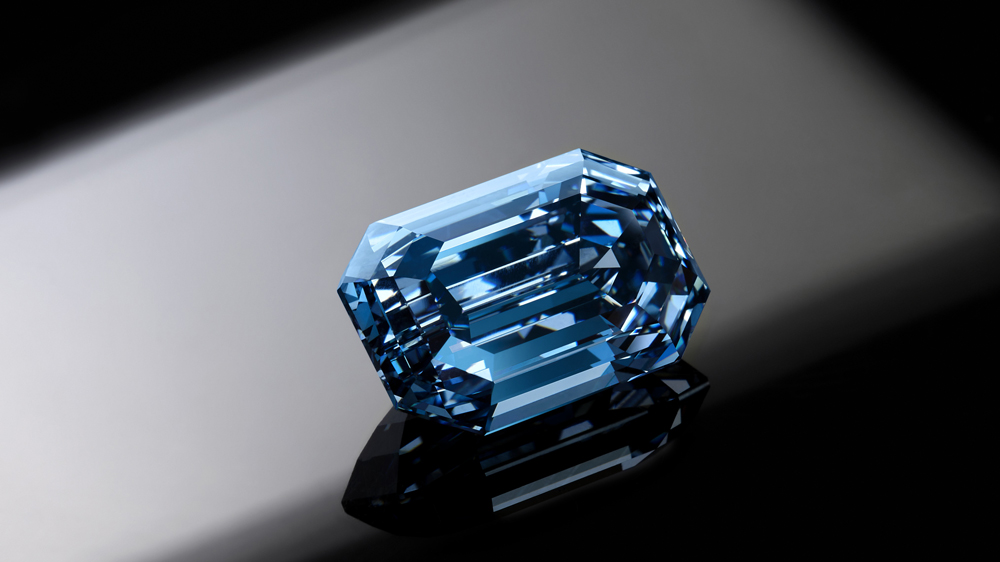 A collector just gave whole new meaning to the phrase “feeling blue,” after snapping up the world’s largest blue diamond to ever come to auction.

The De Beers Cullinan Blue, a 15.10-carat step-cut diamond, sold Wednesday at Sotheby’s in Hong Kong to an anonymous buyer by telephone, according to the auction house. The gem, the only blue diamond over 15 carats to ever appear at auction, had a pre-sale high estimate of $48 million. When the bidding was over, it had hammered down for nearly $10 million more: $57,470,391.

“The De Beers Blue captivated me from the moment I laid eyes on it,” Patti Wong, the chairman of Sotheby’s Asia, said in a statement. “With its powerful vivid color, and breathtakingly beautiful cut, it is truly a once-in-a-generation stone, and quite simply the greatest blue diamond of its size I have ever seen.”

The diamond was discovered in South Africa’s Cullinan mine in April 2021 and has received the highest rankings for each of the standards by which the quality of a colored diamond is judged, according to Sotheby’s. The Gemological Institute of America has graded it “fancy vivid blue,” the best possible color grading, which has been awarded to no more than 1 percent of blue diamonds submitted to the group.

The $57.5 million sale price was reached after an eight-minute bidding war among four potential buyers. The figure puts the De Beers Blue just slightly under the record for the most expensive blue diamond to ever sell at auction, held by the 14.62-carat Oppenheimer Blue, which fetched $57,541,779 in 2016.

Beyond comparisons, Wednesday’s auction affirmed the blue diamond’s singular status in the jewelry world. It “puts the stone alongside some of the greatest, finest works by the titans of art history,” Wenhao Yu, the chairman of jewelry and watches for Sotheby’s Asia, told Robb Report in February.

Blue diamonds are among the rarest of all colored diamonds, with their hue typically the result of trace elements of boron within the diamond crystal lattice. Diamonds of other colors can be found in mines around the world, but most blue diamonds come from the same Cullinan mine in South Africa.

The record for the most expensive diamond of any kind to sell at auction remains with the CTF Pink Star, a pink diamond that sold in 2017 for $71.2 million.