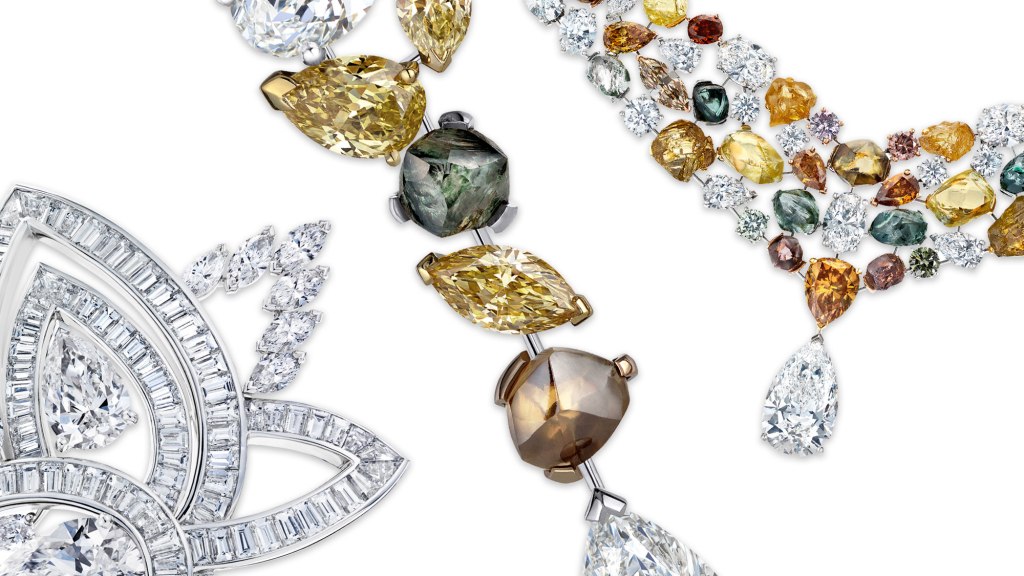 De Beers is taking its new Lotus collection on the road. On February 28, the 17 pieces—which were completed last winter after a year and a half of development—will travel from the 130-year-old diamond company’s New York boutique to its outpost at Houston’s Galleria, where they will be on view from March 2 through 18.

Each of the collection’s styles is inspired by the lotus flower’s stages of growth, and each presented a fresh set of creative and logistical challenges. For example, the search to secure rough and polished colored diamonds of a particular size for the Soothing Lotus necklace took more than a year—marking the longest diamond-selection process the De Beers team had ever encountered. Moreover, setting the gems for that same necklace took more than 1,150 hours; every diamond had to be arranged in an individually pronged setting. Soothing Lotus also boasts an unprecedented array of rough and polished diamonds, a fresh look and a new feat for a piece of De Beers high jewelry. The Lotus collection’s selection of rough diamonds have diverse origins—some were unearthed in Botswana, South Africa, and Namibia, while others were unearthed in Russia and Canada.

Technical challenges were also presented while designers crafted the detachability system for the Blooming Lotus pendant, which can be removed from its necklace and worn as a brooch.

The unusual 18- to 79-carat bluish-green rough diamond that serves as the central gem in the Awakening Lotus necklace is among the collection’s most memorable elements. Its irregular, triangular shape and prismatic shine is reminiscent of a large drop of water about to fall. Sourced from Russia, the gem hangs from a delicate strand of round and marquise-cut diamonds.

Lotus collection designs start at $25,000 and top out with the Blooming Lotus necklace, which is the line’s most valuable piece at $1.6 million.

These designs join several existing high jewelry creations by the diamond company, its most recent being the Talisman and London collections.