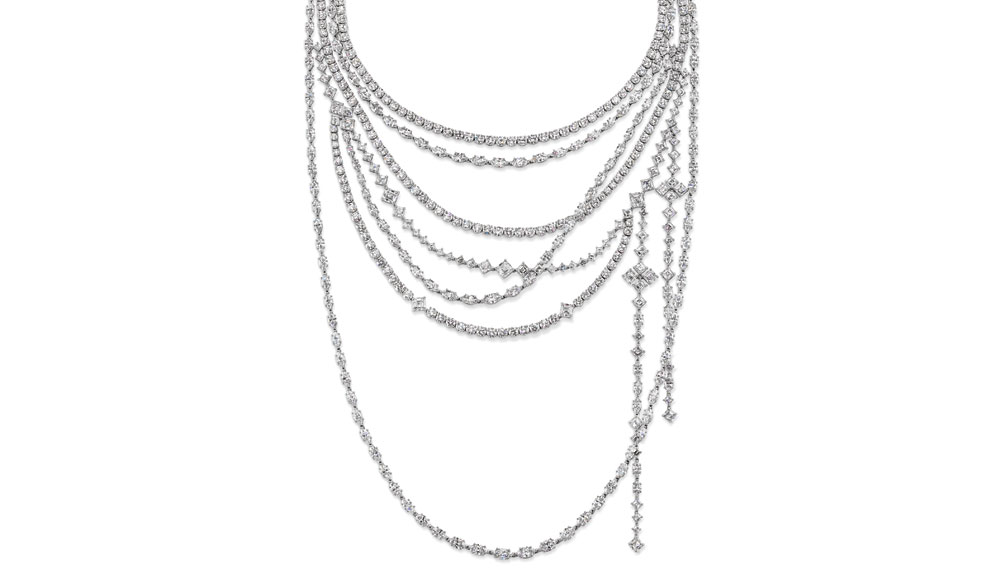 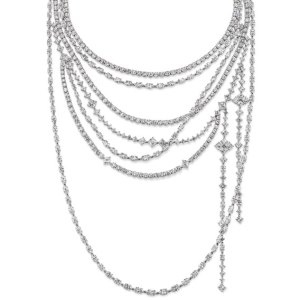 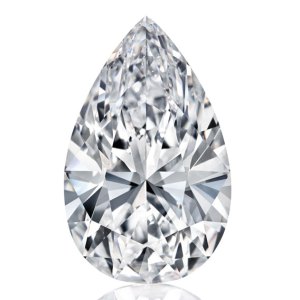 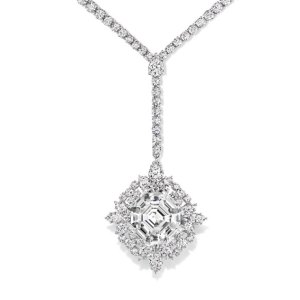 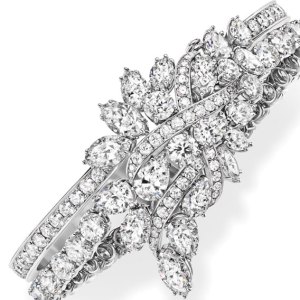 When making decisions that concern Harry Winston—such as whether to approve the purchase of a multimillion-dollar diamond—the Swatch Group’s chairwoman, Nayla Hayek, considers what the jewelry house’s founder would have done.

In the spring of 2013, shortly after her company acquired the Harry Winston jewelry house (for about $1 billion), the Swatch Group’s chairwoman, Nayla Hayek, learned that Christie’s Geneva branch was going to auction a 101.73-carat D flawless diamond. Hayek contacted the auction house and arranged a private viewing of the stone prior to the sale. “When I held it in my hand, I can’t explain why, but I knew this was the one to have,” says Hayek. She did gain possession of the stone for Harry Winston, but only after winning a bidding war that escalated the price to $26.7 million. She christened it the Winston Legacy.

“It was truly one of the most perfect diamonds ever offered for sale,” says Rahul Kadakia, international head of jewelry for Christie’s. “It showed the world how Nayla Hayek was going to continue the tradition of buying and selling only the very best, like Mr. Winston did.”

A year later, in May 2014, Hayek authorized the payment of nearly $24 million for a 13.22-carat flawless fancy vivid blue diamond at another Christie’s sale. The winning bid established a price-per-carat auction record. Dubbed the Winston Blue, the stone is considered the largest blue diamond of its quality and cut.

When approving acquisitions such as these, Hayek says, she often asks herself, Would Harry Winston buy this for his clients? “It’s still his name on the door, and we have to keep the same standards,” she says. Winston, who established his namesake business in 1932 and died in 1978 at the age of 82, became known as the King of Diamonds because of acquisitions that included the Hope Diamond (which he later donated to the Smithsonian), the Lesotho diamonds, and the Taylor–Burton Diamond.

Hayek says it was Winston’s storied career that motivated her to buy the company. Also, with his pioneering style, Winston reminded Hayek of her father, the late Nicolas Hayek, the entrepreneur who built the multibillion-dollar Swatch Group. The company is the world’s largest producer of watches, and its holdings include such prestigious brands as Breguet and Blancpain.

Harry Winston is the Swatch Group’s first and only jewelry brand. Hayek likens the Harry Winston acquisition to the company’s purchase of Breguet, saying that both represent the top in their field and have considerable historical significance. “When we bought Breguet, it was a little forgotten,” she says, “and we helped preserve its history and tell its story.” She is doing the same with Harry Winston. Among her first initiatives following the acquisition of the brand was to recover, restore, and preserve its archives, which were haphazardly stored in the jeweler’s New York offices. She also notes that on the day she signed the papers to complete the purchase, she met with Maurice Galli, the last Harry Winston designer to have worked directly for the company’s founder. “Mr. Galli is very important to us,” Hayek says, “and we are happy to have his experience and vision to carry on the story.”

In addition to buying a cache of important diamonds, rubies, emeralds, and sapphires and preserving the company archives, Hayek is also having Winston’s personal office restored so that it can be used for client viewings. The office is located above the Harry Winston boutique on Fifth Avenue in Manhattan. Always cautious about drawing attention to himself—because he often carried valuable stones in his pockets—Winston used to enter and exit the office through a small concealed elevator, which is also being restored for clients’ use.

Harry Winston still produces most of its important pieces in the workshop that is also located above the boutique, and it recently secured additional space around the corner. The brand is known for diamond-intense creations, such as those in its Cluster collection, which features numerous stones and minimal visible metal. Under Hayek’s stewardship, Harry Winston has been creating jewelry with familiar design themes, but the pieces have a slightly more contemporary look. “We are purists and will stay true to the DNA of the brand,” says Hayek. “When you wear a Winston design, you can see and feel the difference. The focus is on the stones, with very little metal, and the curve of the bracelet or necklace feels smooth and soft against the skin.”

Harry Winston recently introduced the Secret Collection, which includes 29 unique pieces priced from $150,000 to $500,000. As a homage to Winston and his clandestine nature, each design features a hidden element. In one, a web of diamonds conceals a perfume bottle and in another a composition of round, pear-shaped, and marquise-shaped stones hides a locket.

The Winston Legacy purchase was the impetus for the new Legacy Collection. Each one-of-a-kind piece is made with 101 D flawless diamonds.

Hayek’s greatest influence will be evident in Harry Winston’s new watches, which will include models that are more complicated than earlier releases and models that incorporate new and improved movements. Hayek enlisted Blancpain to create many of the new movements. Harry Winston’s Opus series, for which the house has collaborated with master watchmakers to create elaborate, limited-edition timepieces, will continue with the Opus 14. It will be unveiled in the spring.

Hayek also has been buying vintage Harry Winston designs through auctions and private transactions. These pieces will form a rich collection that will be exhibited at the company’s boutiques worldwide. “I would never resell the old pieces,” she says. “It shows Winston’s legacy and tells a story. Like a fairy tale you retell your children, if a mother doesn’t pass along the stories, they are lost.”