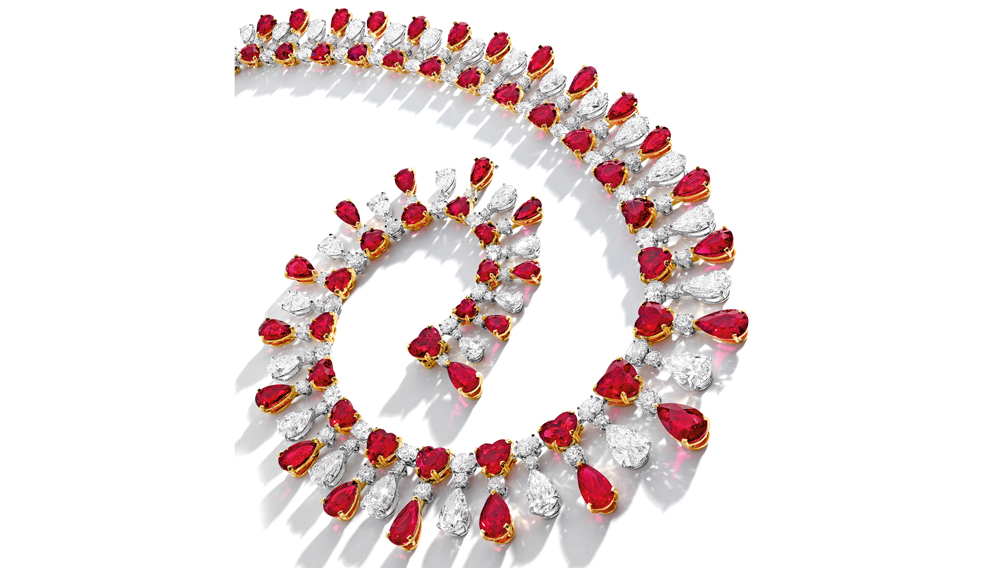 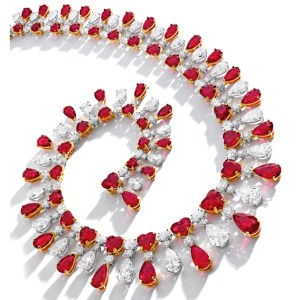 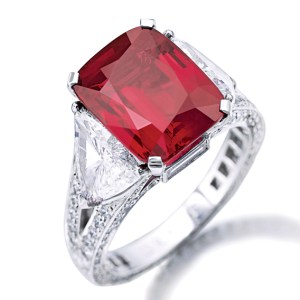 “Drops of frozen wine from Eden’s vats” is how Ralph Waldo Emerson described rubies. The 19th-century American poet was not alone in feeling drawn to the deep-red gems. Indeed, they have captivated people for centuries, and some of the most important rubies have legacies that may well outlast those of their owners. One such unforgettable masterpiece is the Faidee Red Emperor ruby-and-diamond necklace shown pictured. Highlighting 60 rubies weighing 104.51 carats, the striking strand belonged to the collection—amassed over four generations—of the family-owned Faidee jewelry house. It sold for a world-record price of nearly $10 million at a Sotheby’s Hong Kong auction in April 2014. Another enchanting piece, the 8.62-carat Graff Ruby, also pictured, sold last November at Sotheby’s Geneva for a record-breaking $8.6 million—more than $1 million per carat. The British jeweler Laurence Graff acquired the Burmese stone and lent it his name, but it possesses a gravitas all its own.