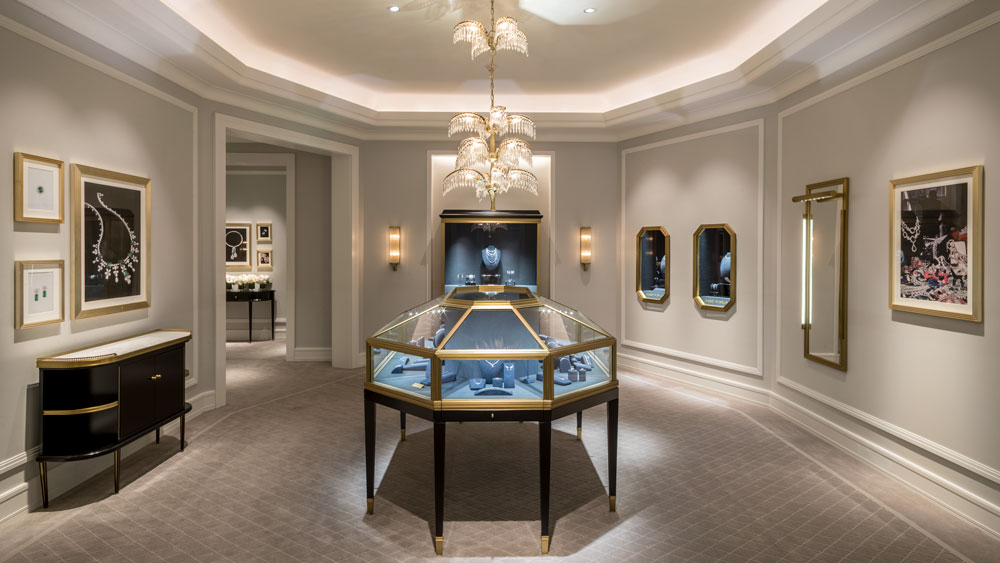 Harry Winston, known around the world as the “King of Diamonds,” has revamped and reopened its Rodeo Drive flagship. The Beverly Hills boutique emulates an elegant private estate and comprises three stories, each decorated with antique bronze furniture and custom chandeliers.

Its ground-floor foyer is clad in Belgian black and Italian white marble fashioned into a starburst motif, reminiscent of Harry Winston’s Wreath and Secret Wonder jewelry designs. On display is the iconic Winston Cluster collection—a light-catching arrangement of pear, marquise, and round brilliant-cut diamonds that first debuted in the 1940s—as well as an assortment of men’s and women’s timepieces. 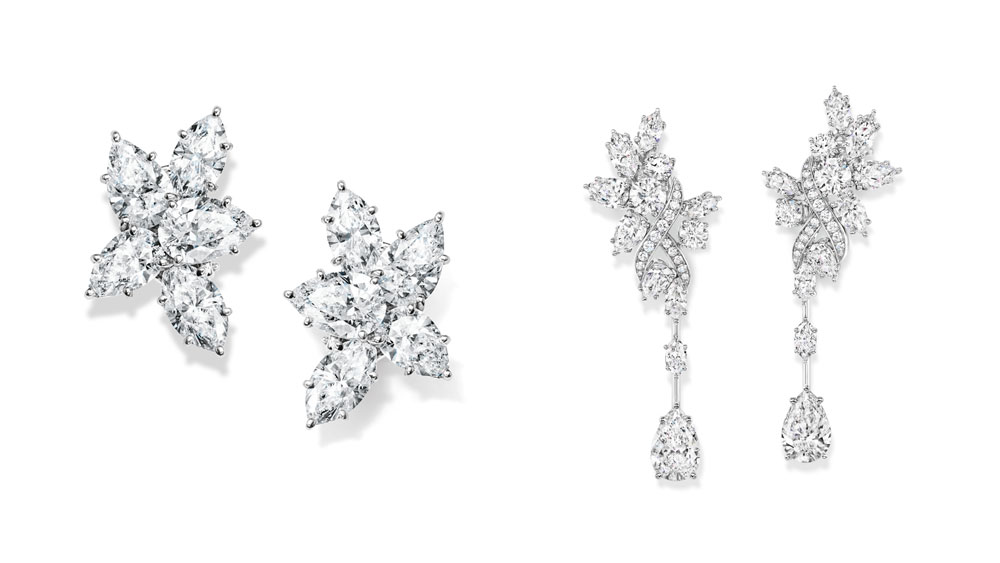 A split staircase leads to the second floor, which houses the 85-year-old brand’s one-of-a-kind high jewelry creations. VIP clients can duck into private rooms for one-on-one consultations throughout the store and access an outdoor terrace on the salon’s third level. 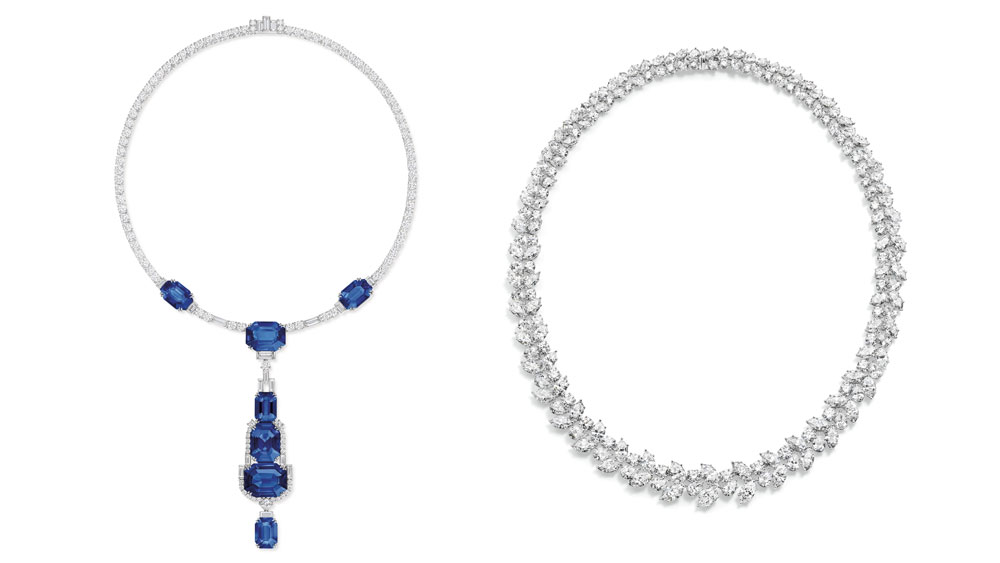 Harry Winston holds a special place in American history—after opening his first store in New York City in 1932, he began acquiring jewels from private collectors, which he would refurbish, refashion, and resell. “Los Angeles holds a very special place in the Harry Winston story,” says CEO Nayla Hayek in a press release from the company. “It was there, while working under his father in the family jewelry business, that Mr. Winston learned the trade, developed an eye for quality, and gained the confidence to venture out on his own.” 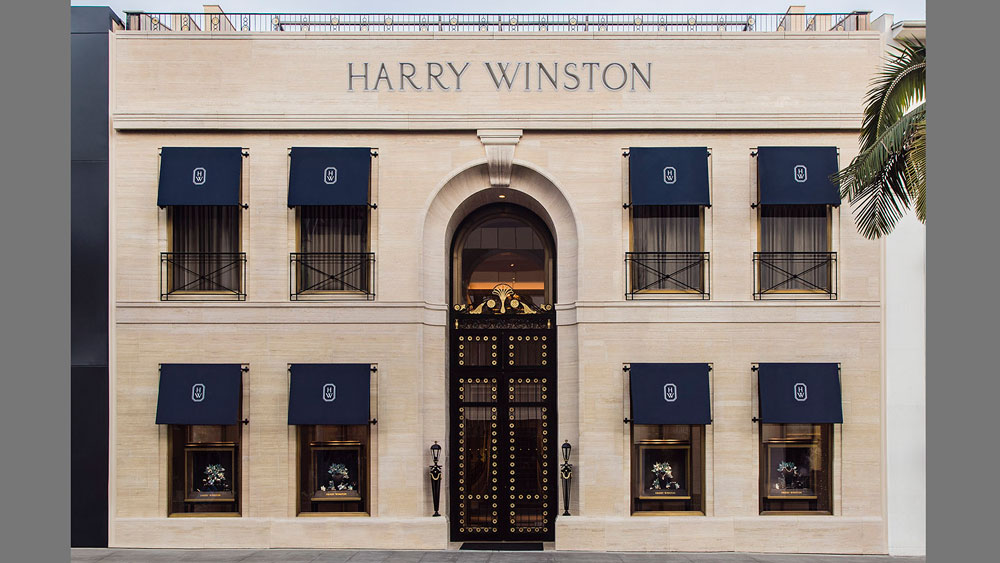 Winston’s relationship with Hollywood took center stage in 1944 when he became the first jeweler to loan diamonds to a celebrity for an Academy Awards ceremony—Jennifer Jones won her Best Actress Oscar wearing his designs. Winston’s pieces soon became silver-screen mainstays, grabbing starring roles in Notorious and The Graduate. 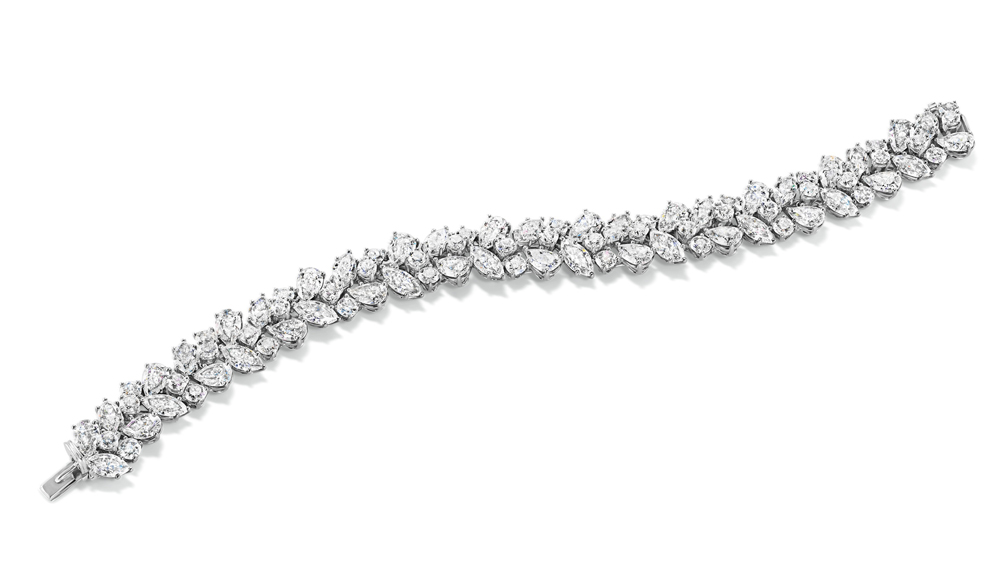 The 7,022-square-foot flagship is now the largest Harry Winston salon in the world. It joins the brand’s headquarters in New York and additional retail salons in London, Paris, Geneva, Tokyo, Hong Kong, and Shanghai.