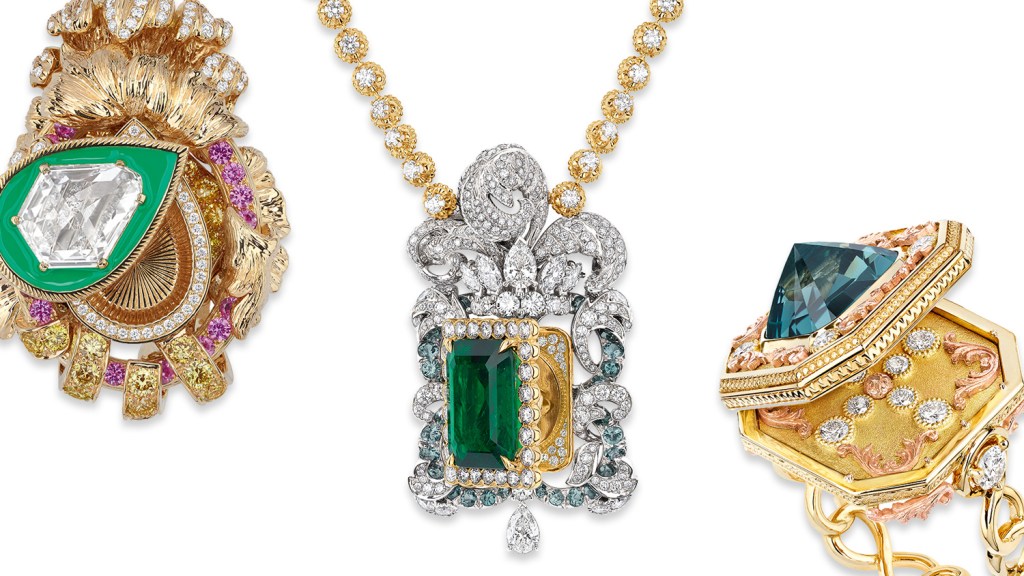 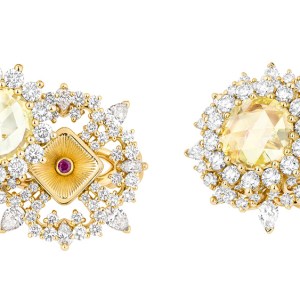 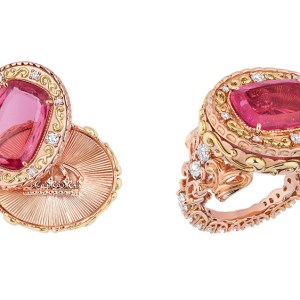 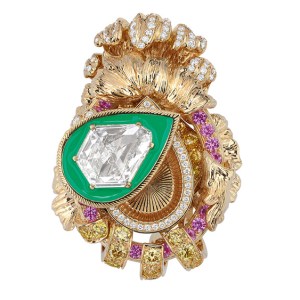 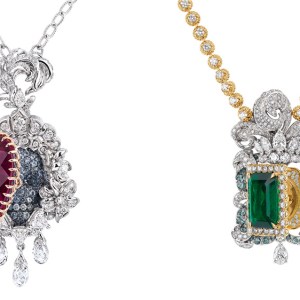 The legendary tales and over-the-top extravagance of the Palace of Versailles have provided inspiration to the House of Dior ever since its founder presented his first haute couture collection in 1947. Victoire de Castellane, Dior’s creative director of fine jewelry, has herself returned to the baroque palace in her high jewelry collections time and again.

In 2016, she celebrated the palace’s opulent interiors and the sparkling wonder of its gemstones illuminated only by candlelit chandeliers at night. Last year, she re-created its magnificent flower-filled gardens in sumptuous concoctions of multicolored gems.

An exceptionally rare 9.62-carat rubellite is the star of one pendant that has the rococo splendor of something that might be worn by a king’s favorite mistress. The gem’s dramatic, deep color contrasts with the bright white of the diamonds that surround it. Peek beneath its surface, and you see the ghostly apparition of Versailles’ storied past, a delicate skull realized in gray spinels and diamonds.

Rings conceal secrets, too. Recalling the clandestine drawers that conceal illicit love letters, a rare blue spinel protects the secret of diamonds and the delicately curving acanthus leaves beneath.

The contemporary effect of the spinel’s reverse setting contrasts with the baroque extravagance of the ring’s intricate layers of engraving and alternating use of yellow and pink gold.

This combination of old and new is something the ever-imaginative Victoire does so well. Her muted palette of colored stones enhances the antiquated effect. “I wanted chiaroscuro stones, faded pinks, more purplish reds, iridescent moonstones, denser sky blues. The colors themselves have a mysterious quality—like silks,” she says.

The back of the rubellite pendant holds one more secret—a mirror that was created from the oxidized silver of an antique minaudière dating from the 19th century. And who doesn’t love a jewel with a surprise only for them?