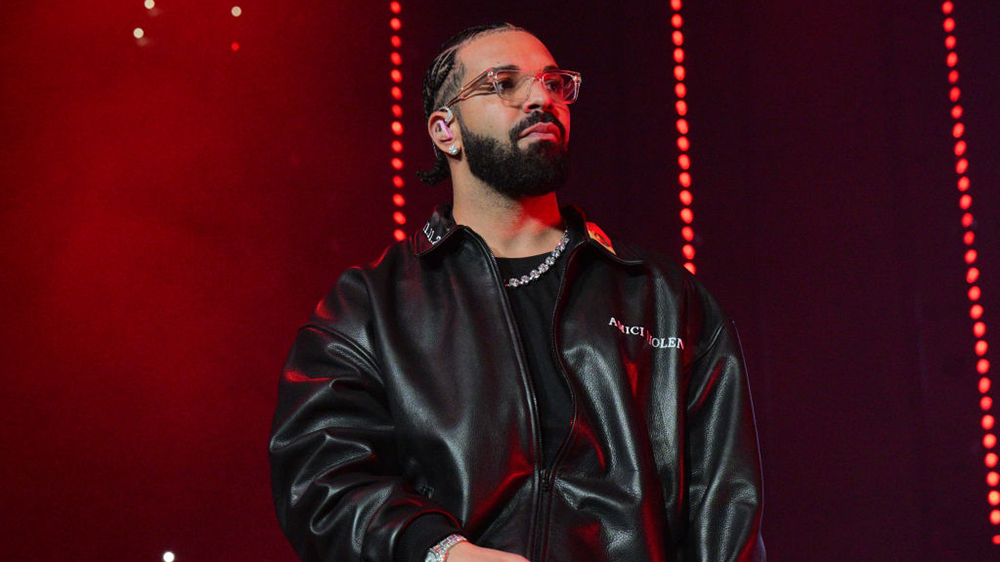 If there’s one thing Drake loves, it’s a flashy necklace.

This week, the Canadian rapper was spotted in an Instagram post wearing an iced-out Jacob & Co. skateboard pendant chain that was once owned by Pharrell Williams. Norwegian influencer Sara Benedikte Nilsen posted the photo with the four-time Grammy award winner at the Eden Rock hotel in St. Barts. The 22-karat-gold accessory features two skateboards decked out in white, pink and yellow diamonds. Modern takes on “Jesus pieces” lie beneath each board, with a depiction of the divine figure on one and a cross under the other.

The chain was offered by Joopiter, a streetwear-focused digital auction platform launched by Williams, last November. Its inaugural sale blew past a high sales estimate of $3.2 million, selling around 94 percent of its luxe lots, which included exclusive jewelry, apparel and personal items made by names such as Audemars Piguet and Jacob & Co. One of the many pieces on offer was Drake’s new necklace, weighing 401 grams, which sold for $103,750; the site ended up raking in a grand total of $5.25 million for its first event.

It’s unclear if Drizzy bid on the piece himself or if it was gifted; either way, he now owns what may be one of the most coveted pieces of jewelry in pop culture. Though inspired by the ‘90s Jesus pieces worn by rappers from Biggie to Diddy, Williams’s interpretation of the statement necklace factors in his “Skateboard P” perspective. The two fully functional miniature skateboards by Jacob & Co. are set with nearly 2,000 round diamonds that hang from a 26-inch chain. The “Happy” singer famously wore the chain for years to Hollywood events and on stage.

But P’s one-of-a-kind necklace isn’t the only unique jewelry item Champagne Papi has been sported as of late. Last month, Drake’s custom necklace set with 42 diamonds commissioned from New York jeweler Alex Moss took social media by storm. The staggering 352-carat necklace, which took 14 months to create, is called Previous Engagements for all the times the rapper thought about proposing but didn’t pull the trigger. Most recently, he was spotted wearing the one-off accessory while on stage at the Lil Baby and Friends Birthday Celebration Concert at Atlanta’s State Farm Arena on December 9.