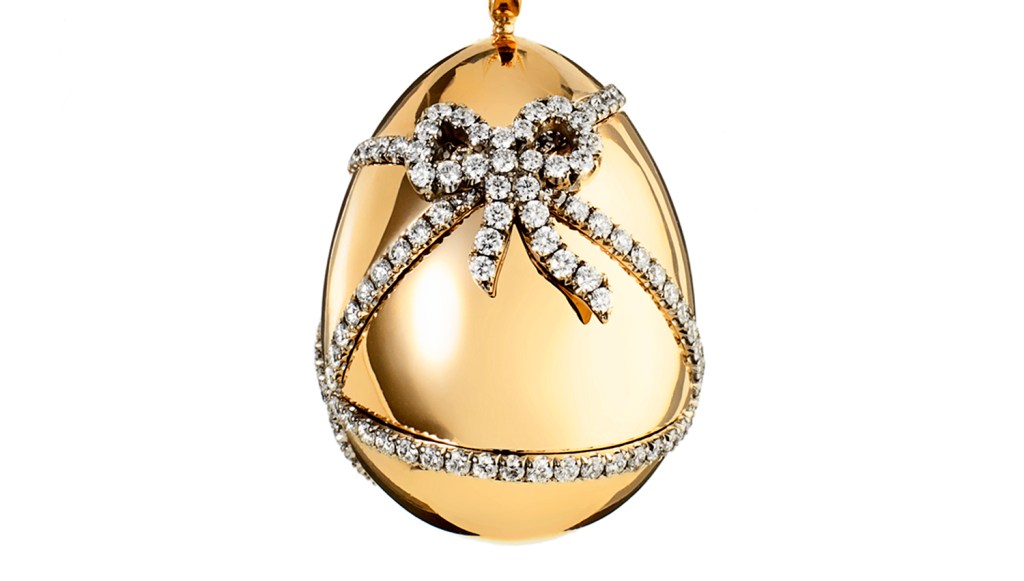 Fabergé makes the world’s most famous eggs. Originally created between 1885 and 1916 for the Russian Imperial family, the Imperial Easter eggs are iconic bejeweled objets d’art, each of which took the Fabergé artisans more than a year to produce. Of the 50 original Imperial eggs, 42 have survived—one of which sold at a 2002 Christie’s auction in New York for $9.6 million. Since that time, the Russian jewelry house has continued the legacy of the Imperial eggs, with  designs—including pendants, jewelry, and the traditional decorative eggs—that pay homage to the company’s past. In celebration of Easter, here are some of our favorite of the more recent Fabergé eggs.