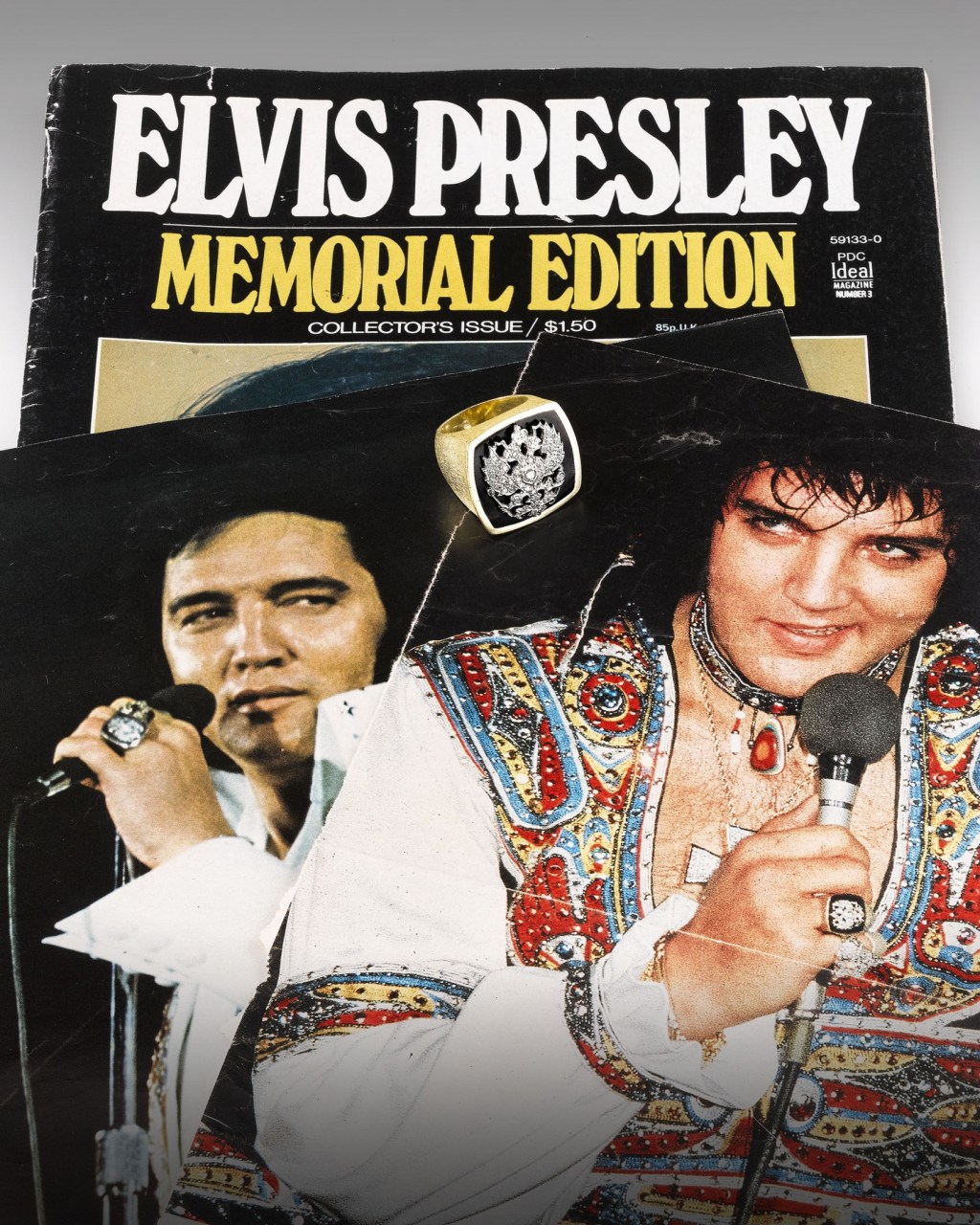 Made for the most celebrated cultural icon of the 20th century, this incredible diamond-studded ring was owned by Elvis Presley. Crafted of 14K yellow gold, the star of this handsome men’s ring is the double-eagle crest that shines bright with white diamonds against a field of deep blue enamel. The double eagle has historically been a symbol for the greatest civilizations in the world, from the Byzantine to the Holy Roman empires, and represents authority over all things·truly a fitting symbol to be worn by The King.

This ring was acquired in the 1970s directly from Elvis by an associate of a Las Vegas casino operated by Frank “Lefty” Rosenthal, who was the inspiration for Robert De Niro’s character in the 1995 film Casino. Elvis was grateful for the associate’s help and, as a token of appreciation, Elvis removed the ring from his finger and gave it directly to the gentleman. The ring was later acquired by a private collector in Chicago and was passed on by descent. The ring was never resized, and remains at the size Elvis wore.

The best-selling solo artist in recorded history, Elvis Presley remains among the most loved and recognized celebrities in the world. Seldom does the opportunity present itself to acquire such an exceptional piece from one of the most celebrated entertainers in recent history. This incredible artifact of Elvis memorabilia is accompanied by published photographs of the entertainer wearing the ring.