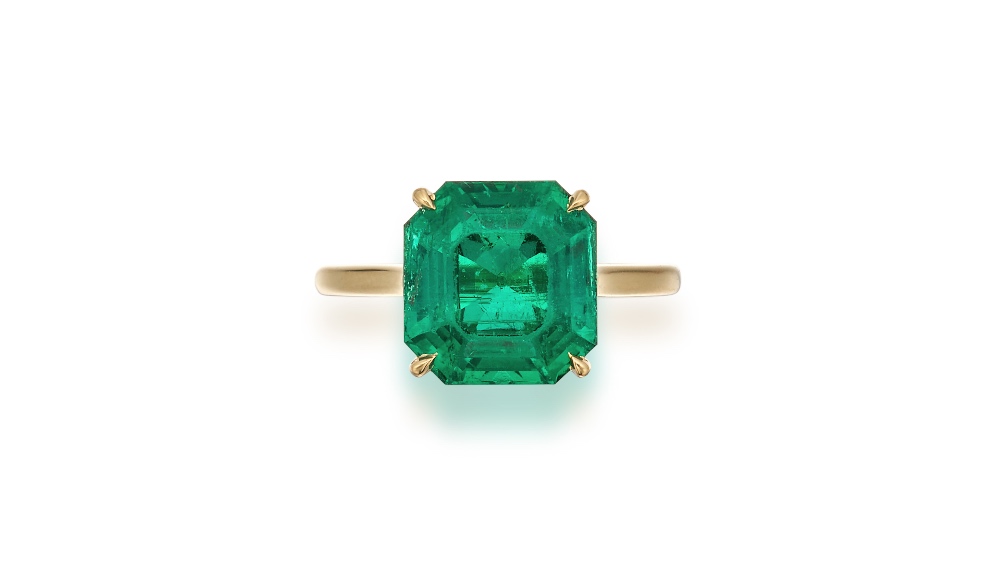 The crown jewel of a centuries-old shipwreck is going under the gavel this winter.

The rare 6.25-carat emerald in question, which will lead Sotheby’s Magnificent Jewels sale on December 7, was salvaged from the sunken Nuestra Señora de Atocha 37 years ago in one of the most successful treasure hunts of all time.

For the unversed, the Atocha was part of a fleet commissioned by the Spanish government in the 17th century to further the country’s exploration and colonization efforts. The galleon left Spain for the Caribbean in March 1622, but sank later that year after it was caught in a hurricane near Florida. Fast forward to 1985, long-time treasure hunter Mel Fisher and his team discovered the elusive Atocha off the coast of the Sunshine State. The 400-year-old wreck held a bounty of hidden treasures, including 180,000 silver coins, 24 tons of silver ingots, 125 bars of gold bullion and an astonishing 70 pounds of rough-cut emeralds mined from Colombia.

As a patron of the Atocha discovery, Frank Perdue of Perdue Farms fame was awarded some of the treasures from the shipwreck. He later donated the majority to Delaware Tech and the Smithsonian Institution, but held onto this one exquisite emerald. Perdue had the stone cut and mounted onto a ring to propose to his wife Mitzi in 1988, before he later died in 2005. Mitzi, a noted author and philanthropist, is now offering up the treasure, with full proceeds donated to support the humanitarian efforts in Ukraine. The octagonal step-cut ring is expected to fetch between $50,000 and $70,000 at the December sale.

“While it has become a tradition for Sotheby’s to feature the most desired, extraordinary jewels with historical and royal provenance, it is not every day that we offer long-lost hidden treasures discovered from the depths of the sea, concealed by tide and time for centuries,” Alexander Eblen, senior specialist of Sotheby’s Jewelry Department in New York, said in a statement. “We are honored to be entrusted with this emblem of history from the collection of Mitzi Perdue to benefit such a wonderful and worthy cause.”

Want to see it in person? The fabled emerald will be on public exhibition at Sotheby’s York Avenue galleries starting November 30 as a part of its Luxury Weeks sales series.