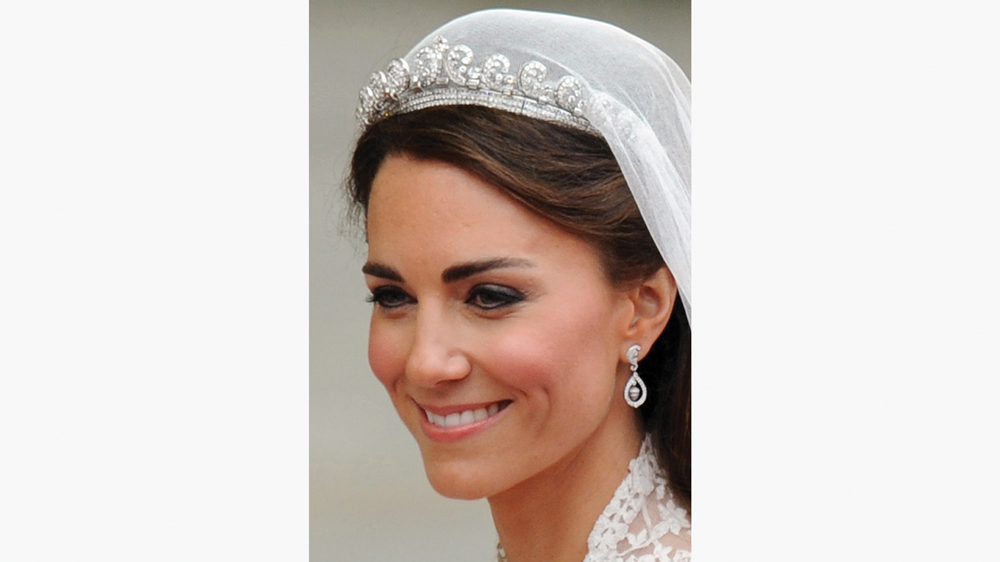 That Queen Elizabeth II could even stand at her coronation under the weight of the 3-pound Imperial State Crown laden with a 317-carat diamond, enormous rubies, emeralds, sapphires, hundreds of pearls, and thousands of smaller diamonds remains a remarkable feat of endurance. The royal scepter, with its famous 530-carat Cullinan I diamond—the largest cut diamond in the world—is no lightweight accessory either, nor should it be: The crown jewels are tangible symbols not only of the power and prestige of the monarchy but of its continuity.

Crowds gather daily at the Tower of London to view these treasures and to connect with the rich history that they represent. Yet royal fascination with fine jewelry is not confined to the ornaments reserved for state ceremonies; indeed, nearly every generation of royalty has exhibited a penchant for personal adornments, and many royals have pursued this interest through several historic jewelers, some of which have served generations of the ruling families.

Not all royal commissions rival the Crown Jewels. When Prince William, for example, needed a wedding band for his bride-to-be, Kate Middleton, he called on the British jeweler Wartski, which has been serving the monarchy for roughly 150 years. He asked the firm to forge a simple, modern wedding band using a specific gold nugget sourced from North Wales. In contrast to many of his family’s more extravagant pieces, he selected something personal and sentimental for his future wife. When the occasion calls for pomp and circumstance, however, the Windsors are always equal to the moment. On her wedding day, the Duchess of Cambridge, for instance, chose to wear the “Halo Scroll” tiara made by Cartier in 1936 at the request of the Duke of York for his wife.

Asprey’s sketch of the diadem (left) made for King George IV and a technical mapping (right) of the stone’s placement in the finished piece.  Photo: Courtesy

Cartier has been delivering jewels to the European royal courts for more than 100 years. Among its earliest commissions: 27 tiaras for King Edward VII’s 1902 coronation. “In terms of jewelry culture, to be an official supplier of courts is a sign of the highest expectations of the most demanding clientele,” says Pierre Rainero, director of image, style, and heritage for the brand, which was awarded 15 royal warrants from 1900 to 1930.

The house also benefitted from the imperial largesse of the Romanovs, having made jewelry for Tsar Nicholas II of Russia, as well as for Grand Duchess Maria Pavlovna of Russia, who greatly admired its signature panther motif. Other Eastern European clients included Queen Marie of Romania and King Zog I of Albania.

Patrons born to the purple have influenced the historic jewelry houses as much as the house’s creations have guided royal tastes. For instance, Asprey—whose relationship with the British monarchy dates to 1862, when Queen Victoria gave the house its first royal warrant—has had to ensure its practices meet the standards of the Prince of Wales, who requires a lengthy approval process structured around his dedication to sustainability. The prince’s sustainability criteria are created by Business in the Community (BITC), his charity, which advocates responsible business and asserts that companies should understand the environmental and social impacts of their activities. Asprey returned the favor by helping to show the monarchy in a contemporary light through its 2012 collaboration with the British light artist Chris Levine. To mark the Queen’s Diamond Jubilee, Asprey re-created the diadem the queen wore at her coronation, and it was overlaid onto Levine’s famous three-dimensional portrait of Her Majesty from 2004.

Bentley & Skinner, a favorite of Buckingham Palace, likewise has taken on less conventional commissions. Ten years ago, the brand partnered with the English artist Damien Hirst to create For the Love of God, a human-skull replica bejeweled with 8,601 diamonds. The finished art piece was exhibited in London at the Tate Modern. Bentley & Co. began selling high-end collectibles and jewelry on Bond Street in 1934, joining forces in 1998 with the older Skinner & Co., established in the 1880s. After the merger, Her Majesty the Queen renewed Bentley & Skinner’s royal warrant. Now based in London’s fashionable Mayfair district, the brand restores impressive antique designs and crafts custom pieces in its in-house workshop, which houses three goldsmiths, a skilled pearl stringer, and a setter.

Among Wartski’s treasures is this Lalique necklace of gold, enamel, and glass, which was shown at the Exposition Universelle, Paris, 1900.  Photo: Courtesy

Also a warrant holder, Wartski, located not far down the road, deals in historic antiques. Over the years, the boutique has acquired and sold innumerable extraordinary items, among them a rock-crystal egg by Peter Carl Fabergé hand-engraved with delicate snowflakes and rare, 17th-century “posy” rings etched with secret messages for the wearer, which are still sold today. Contemporary collectors are readily drawn to this impeccable inventory of hard-to-find vintage pieces, while others, like Prince William, seek the establishment’s bespoke wedding-jewelry services.

Fabergé’s jeweled eggs were prized by the Romanovs. This example was commissioned in 1887 by Alexander III.  Photo: Courtesy

Although each of these jewelers proudly displays its framed royal warrants in its stores as both a badge of honor and as a reminder of the heritage it shares with Europe’s ruling houses, none of these purveyors remains buried in its past. All continue to cater to the evolving tastes of their clientele, because, whether a royal or not, discriminating patrons will always go to, say, Asprey or Cartier for items they wish to share with future generations.