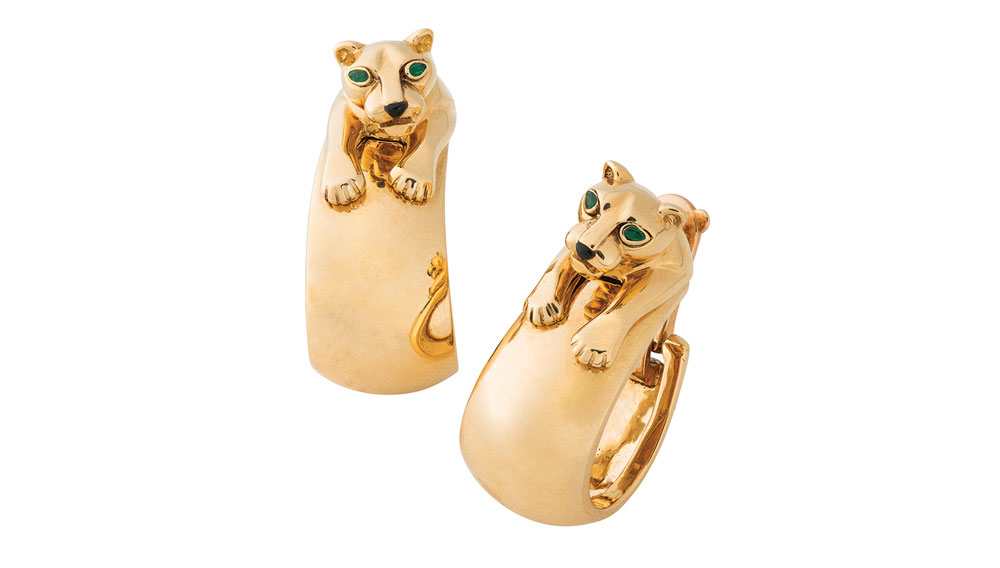 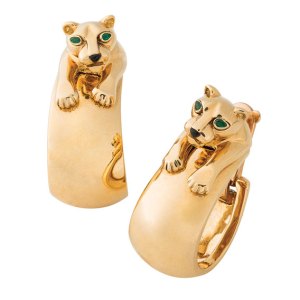 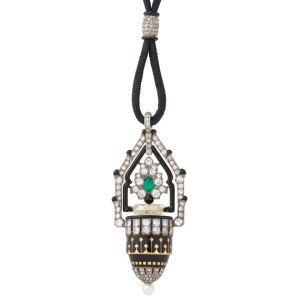 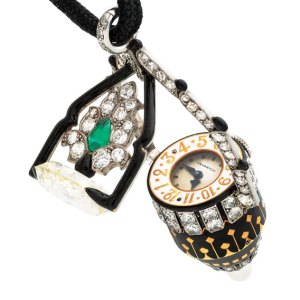 Doyle new york (doylenewyork.com), an auction house best known for handling Hollywood estates and spectacular jewelry, has expanded into familiar territory. In November it opened a new office in Beverly Hills near Rodeo Drive, and in January it ushered in Oscar season with a lively party for 300 collectors.

In its 53 years, Doyle has auctioned the estates of Gloria Swanson, Bette Davis, James Cagney, Rock Hudson, and other film legends. Among its many notable jewelry lots was a pair of natural pearls set in a pendant that fetched $3.3 million last April—a world record for a pair of pearls at auction that crushed the previous record by almost $900,000.

The Los Angeles outpost, which will also handle fine art and numerous other categories, will initially focus on jewelry. Its first sale, taking place May 21 at L’Ermitage Hotel, will feature roughly 400 pieces of jewelry, including 18-karat gold Cartier panther ear clips with emerald eyes ($1,500 to $2,000), a ruby, emerald, and diamond flamingo brooch ($3,000 to $5,000) modeled after one owned by the Duchess of Windsor, and an unheated 3.75-carat ruby from Burma ($10,000 to $15,000) in its most sought-after shade, pigeon blood. “Typically Burmese rubies will have more of a raspberry pink color,” explains Nan Summerfield, Doyle’s director of California operations and a GIA graduate gemologist. “To get an unheated ruby from Burma in that beautiful red color is very hard to find.” But the star lot is a 1920s Janesich pendant watch. Expected to surpass its $30,000 estimate, the unique timepiece has never been offered at auction, and it features enamel, arabesque details, an emerald, a natural pearl, and a rondelle diamond of at least 2.5 carats.

LVMH Finally Completes Its Acquisition of Tiffany, and Installs a New CEO

This Smart Ring May Detect Covid-19, and Everyone From the NBA to Prince Harry Is Snapping It Up