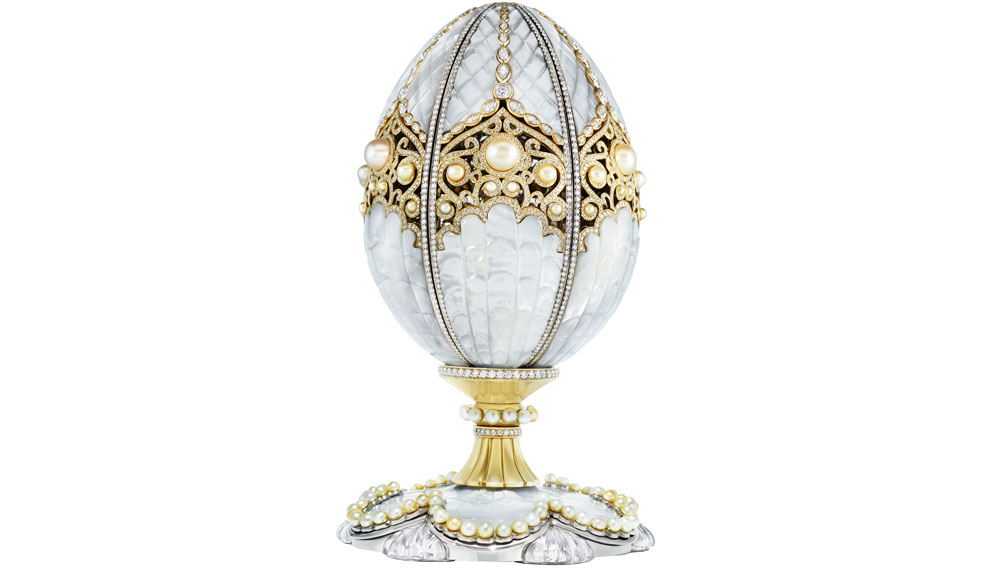 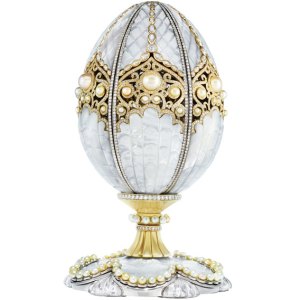 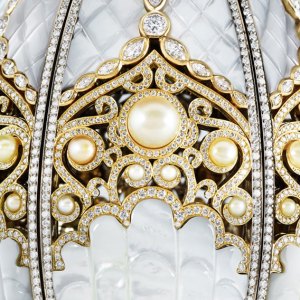 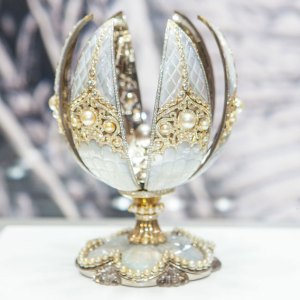 The legendary jewelry house Fabergé has unveiled the Fabergé Pearl Egg, the first Imperial egg in nearly 100 years. Debuted at this year’s Baselworld, the objet d’art is the only piece to be added to the Imperial Class—a distinguished classification used for the series of eggs Fabergé created for the Russian Imperial family—since 1917, with its craftsmanship, materials, and rarity elevating the piece to the vaunted tier. Standing just less than 5 inches tall, the Pearl Egg is set with 139 fine pearls with a golden luster, 3,305 diamonds, carved precious crystals, and mother-of-pearl on both white and yellow gold. Handcrafted by 20 artisans, the masterpiece incorporates an innovative new mechanism that rotates the egg’s outer shell on its stand to open the figurine in six petal-like sections, revealing a rare 12.17-karat gray pearl sourced from the Arabian Gulf. The work of art—created for the natural-pearl collector Hussain Al-Fardan and reportedly valued at $2 million—is the inaugural piece in a new series of private commissions from the 173-year-old jewelry house. (faberge.com; for more information contact 646.559.8848, private.commissions@faberge.com)