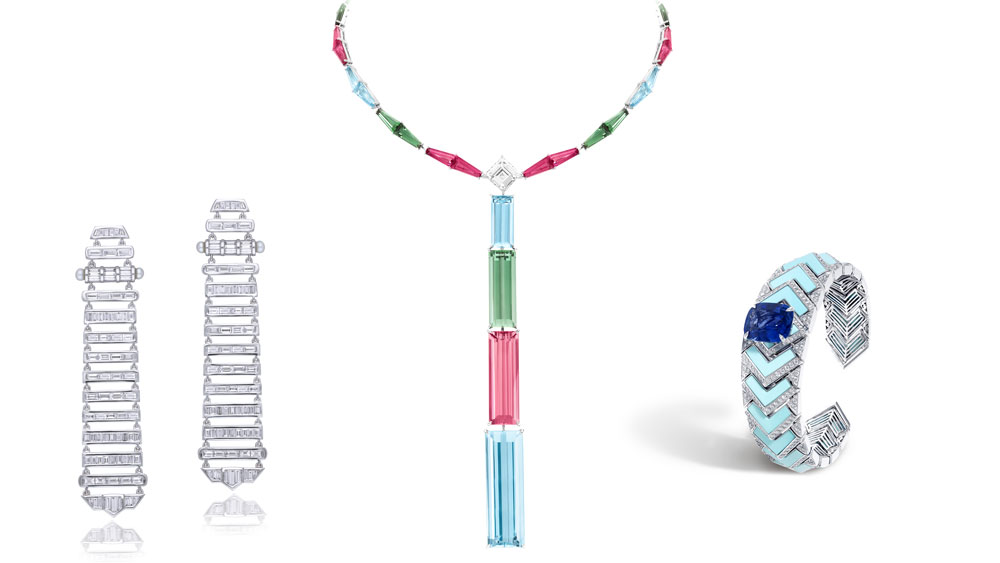 The fall jewelry events season is off and running. Below, we highlight the can’t-miss events of the season.

Through October 2: “Brilliant & Black: The Age Of Enlightenment” at Sotheby’s London

Sotheby’s groundbreaking fall 2021 “Brilliant & Black” selling exhibition in New York, featuring jewelry by Black designers, is back for its second installment, this time in London. With an expanded roster of 25 contemporary Black jewelers — including newcomers Gina Love, the Caribbean-American founder and designer of Auvere; U.S. Army veteran Latoya Boyd; and U.K.-based Ndidi Ekubia, whose hand-raising technique is influenced by her Nigerian heritage — the exhibition is aimed at exploring the work of jewelers of African descent and kickstarting a movement to honor their contributions to the jewelry arts.

“The jewelry industry, and its obsession with European heritage, has traditionally alluded to but rarely acknowledged Black talent at the highest level,” curator Melanie Grant writes in British Vogue. “The events of 2020 triggered a surge of global interest which for many has now waned. To move forward, there must be an ongoing celebration of Black talent in bigger and better ways, and this will involve a mental and creative reset.” sothebys.com

Through October 2: “A Walk in the Woods” Exhibition at David Webb in New York

New York heritage jeweler David Webb is staging its first in-house exhibition this month, with a focus on its bejeweled menagerie. “A Walk in the Woods: David Webb’s Artful Animals” celebrates the creatures — including frogs, zebras, wild cats, snakes, horses, and monkeys — the late designer created in the 1960s and 70s, as well as never-before-seen jeweled beasts that continue to be produced by the Madison Avenue workshop that bears his name.

Between archival sketches, supporting historical materials, new photography by Noah Kalina and archival footage from Milton Greene and Joe Eula, not to mention plenty of exquisite, and exceedingly charming, jewels, the exhibition makes clear why animal-inspired jewelry is having a moment. davidwebb.com

The prestigious design fair PAD London is opening next month. While the list of exhibitors includes galleries specializing in furniture, objects and post-war art, the event will offer no shortage of jewels spanning a range of categories. These include jewelry from contemporary artists such as Cindy Sherman and Rashid Johnson, independent designers such as Melanie Georgacopoulos and Francesca Villa, and high jewelry brands including Boghossian, David Morris, Glenn Spiro and Neha Dani.

The fair will also pay tribute to the late American jeweler Terry Castro, with an exhibition of eight of his largest one-of-a-kind designs, including miniature porcelain sculptures set with fancy colored diamonds and gems, as well as creations inspired by African culture, medieval times and nature. Presented by Carpenters Workshop Jewellery, whose jewelry specialist, Barbara Mariani, was a long-time friend of Castro’s, the collaboration, planned in advance of the jeweler’s untimely death in July, promises to be a moving tribute to a self-taught jeweler described as a “creator of dreams.” padesignart.com

Through October 20: “The Art of Movement” Van Cleef & Arpels Exhibition in London

The Design Museum in London examines Van Cleef & Arpels’s bejeweled ouevre through the lens of its quest to capture and impart movement in its creations. Featuring almost a hundred jewels from the French maison’s collection, numerous archive documents and private collector masterpieces on loan, “The Art of Movement” exhibition — divided into four themes: nature alive, dance, elegance and abstract movement — illustrates the twin qualities of lightness and dynamism that have exemplified Van Cleef’s designs since its founding in 1906. designmuseum.org

The e-tailer The Jewelry Edit is staging a two-week pop-up in Midtown Manhattan next month to celebrate its second anniversary as well as its recent introduction of fine jewelry. For sale will be curated collections from some of the industry’s most daring jewelers, including Alice Cicollini, Silvia Furmanovich and Pippa Small. The pop-up — located at 485 Park Avenue — will also feature a first-of-its-kind Fairmined Gold bracelet bar, piercing parties and opportunities to meet The Jewelry Edit founder Rosena Sammi. thejewelryedit.com

Coinciding with the major fall auctions in Geneva (aka “Geneva Luxury Week”) is the fifth edition of GemGenève. Located in Hall 6 of the Palexpo convention center, just a 10-minute walk from Geneva Airport, the show is a hub for high-end jewelry designers, gemstone dealers, retailers, collectors, connoisseurs and buyers (both professional and private) in the market for exceptional gems and jewels.

Among the highlights of this fall’s event are a 40th-anniversary celebration by the Fondation Igor Carl Fabergé, including an exhibition of bejeweled masterpieces by Carl Fabergé, ranging from imperial eggs to objets de vertu, and the return of the Strong & Precious stand featuring a cohort of leading Ukrainian jewelers. gemgeneve.com

Salon Art + Design, a showcase for blue-chip 20th-century art and the world’s best design, returns to the Park Avenue Armory in New York City from Nov. 10-14. Among the leading art and design galleries spotlighting collectible design trends, attendees will find the London-based jeweler Lauren Adriana, who plans to debut a series of exceptional new fine pieces exclusive to this year’s fair. thesalonny.com