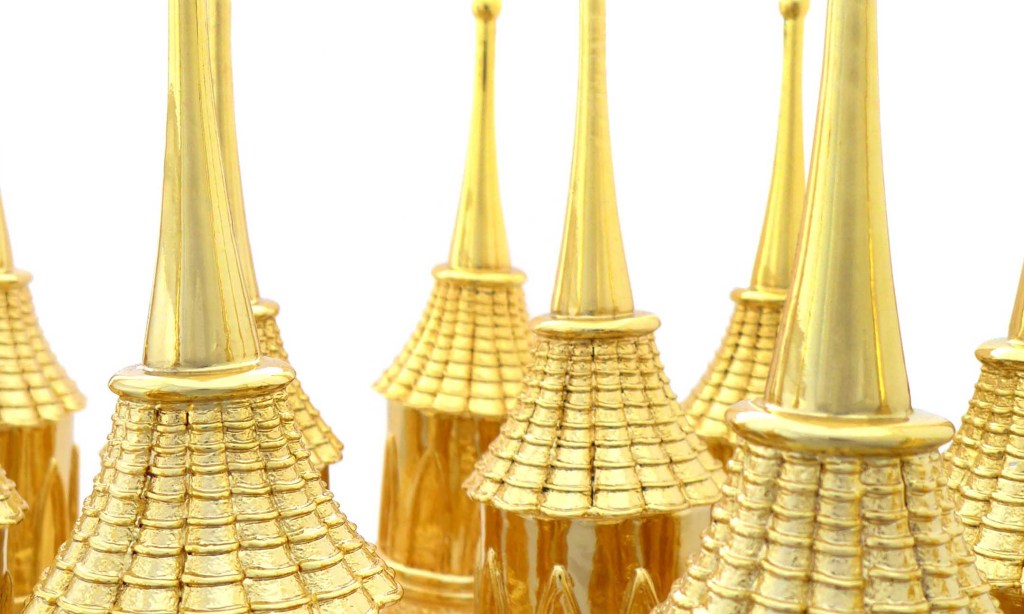 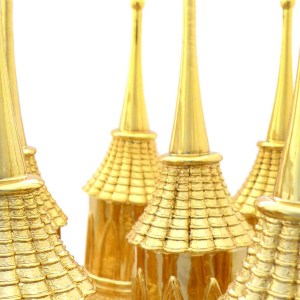 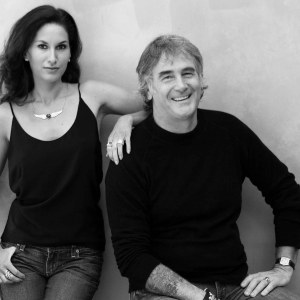 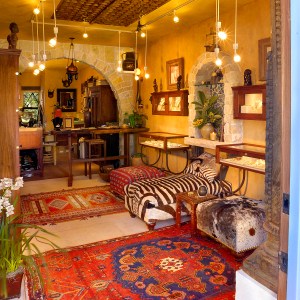 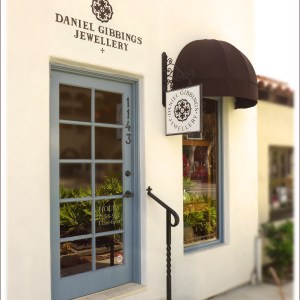 SANTA BARBARA, CA (January 27, 2014) – Fine jewelry brand Daniel Gibbings, known for its bold and authentic designs, is pleased to announce that it has been commissioned by the Santa Barbara International Film Festival (SBIFF) to design a new award for the festival, which takes place January 30 through February 9, 2014. Daniel Gibbings has been the exclusive award designer and sponsor for both SBIFF and the “Kirk Douglas Award for Excellence in Film” since 2010.

Last year, Daniel Gibbings was appointed by festival organizers to create a new customized award design, which would become synonymous and iconic to the festival. After two months of sourcing inspiration, sketching, and submitting renderings, the design was selected and approved. It took over five months of sculpting, modifying and finalizing the production of the award. The award is crafted in metal and is 24 karat gold-plated, with a custom marble base.

The new award design features the iconic steeple of Santa Barbara’s historic Arlington Theatre and resembles the prestigious golden flare. Built in 1931 and seating 2,000 on the main floor and balcony, the theatre is one of the city’s most treasured monuments and is embedded in its history.

“We wanted to create an award that is not only quintessential to Santa Barbara’s beautiful culture and performing arts, but also one that embodies the passion and creativity we use in creating our unique jewelry designs,” states CEO and Creative Director of Daniel Gibbings, Setenay Ozdemir-Osman. “Just as the Arlington Theatre takes our imagination to new places, so do the visionary filmmakers and actors that are honored each year by the Santa Barbara International Film Festival. We are truly honored to design and create all of the awards for the SBIFF.”

A few of this year’s honored recipients will include Martin Scorsese and Leonardo DiCaprio for their brilliant collaborations on works such as Gangs of New York and The Wolf of Wall Street. In addition, Oprah Winfrey will receive the Montecito Award, Cate Blanchett will receive the Outstanding Performer of the Year Award, Jared Leto will receive a 2014 Virtuosos Award and Robert Redford will receive the American Riviera Award.

The Daniel Gibbings flagship Montecito jewelry store and brand boasts a high-profile clientele that includes Katy Perry, Jennifer Lawrence, and Amy Adams, just to name a few. Residents in both the local areas of Santa Barbara and all across the country have become devoted fans and clients of Daniels Gibbings’ exquisite designs.