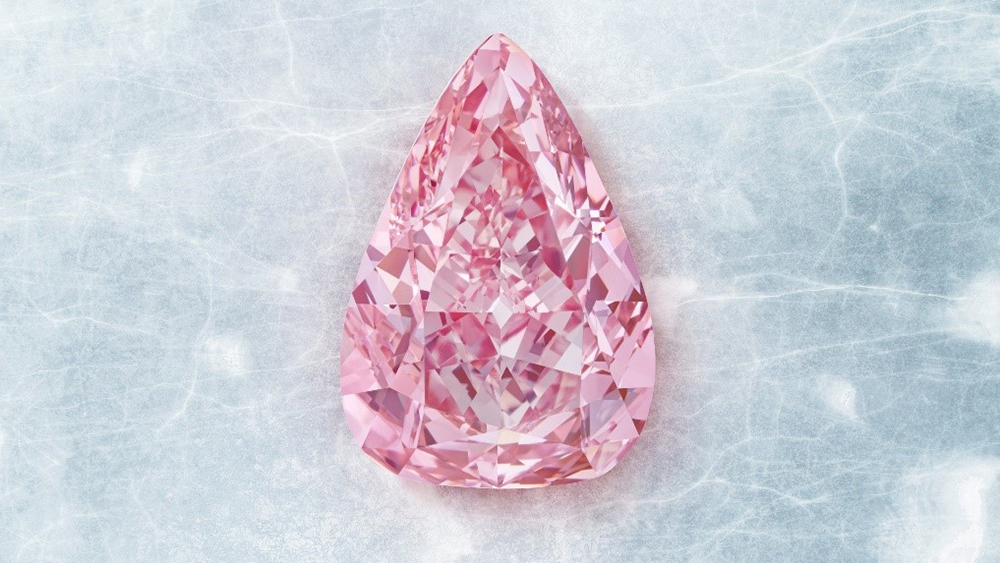 A single pink diamond is responsible for half of the $57.3 million achieved at Christie’s Magnificent Jewels auction.

The Fortune Pink, which is the largest pear-shaped “fancy vivid” pink diamond ever to be sold at auction, hammered down for $28.8 million at the Four Seasons Hotel des Bergues Geneva on Tuesday. The bidding war lasted for around four minutes before a private collector from Asia claimed the gem by bettering the top bid by half a million.

The Fortune Pink didn’t shine as brightly as expected, however. The supersized stone, which weighs nearly 19 carats, originally had a high estimate of $35 million. Still, the $29 million makes it one of the world’s top 10 most expensive pink diamonds. The Pink Star, which sold for $71.2 million at Sotheby’s Hong Kong in 2017, remains the priciest in existence.

As 18 is considered a lucky number in Chinese culture, the 18.18-carat Fortune Pink is believed to bring about good fortune. It was certainly key to Christie’s recent prosperity: The auction house said Magnificent Jewels was 96 percent sold by value and 87 percent sold by lot. Bidders hailed from 20 countries spread across four continents.

Another highlight of the auction was a 101.27-carat unmounted diamond that realized $3 million. Other notable pieces included an extraordinary Graff diamond ring of 41.36 carats that sold for $3.7 million and a diamond rivière necklace from the collection of Lord and Lady Weinstock that achieved $885,000. Four exceptional jewels from an unspecified European princely family also sold for a combined total of $1.7 million.

The Magnificent Jewels sale was a part of Christie’s Luxury Week in Geneva, which collectively brought in $114 million. According to the auction house, that is the highest total for the past five years. Christie’s also said the next generation of collectors was present, with millennials making up 50 percent of new registrants. The combined sell-through rate for the week’s four auctions was 98 percent.