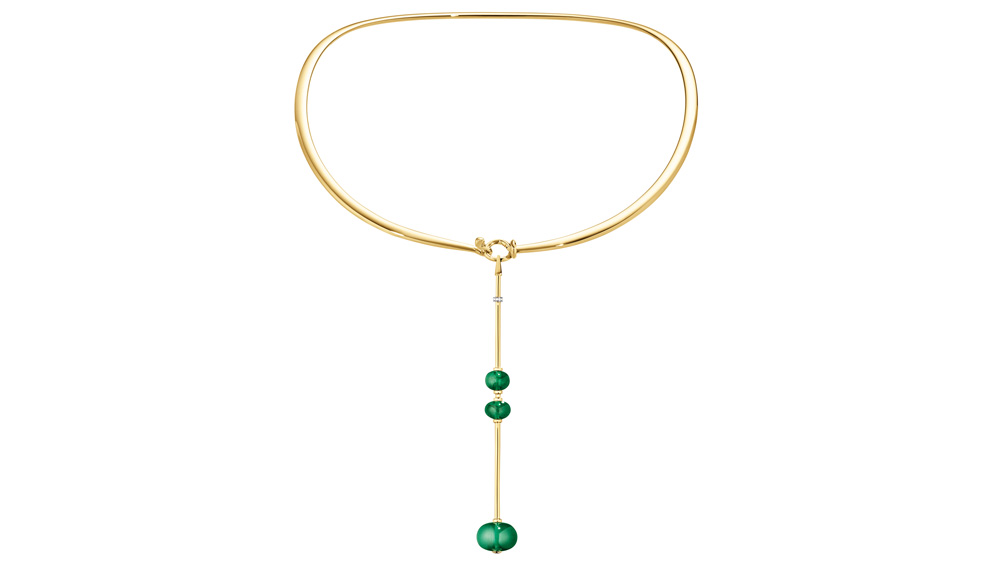 The Runa necklace’s clasp is an integral part of the design from Georg Jensen and Gemfields.

The Danish design house Georg Jensen (georgjensen.com) has partnered with the British gemstone supplier Gemfields (gemfields.co.uk) to create a limited series of emerald and ruby jewelry. The centerpiece of the collection is this one-of-a-kind gold Runa necklace, which features three emeralds that collectively weigh 35 carats. The necklace was inspired by a similar piece that Vivianna Torun, the brand’s designer from 1967 until her death in 2004, created in the late 1960s for Pablo Picasso. That necklace featured a long pendulum set with pebbles. “These emerald stones reminded me of the pebbles in Torun’s designs,” says Meeling Wong, Georg Jensen’s managing director of jewelry. “The subtlety of the cabochon stones is in keeping with the organic shapes and natural elements in Torun’s work.”