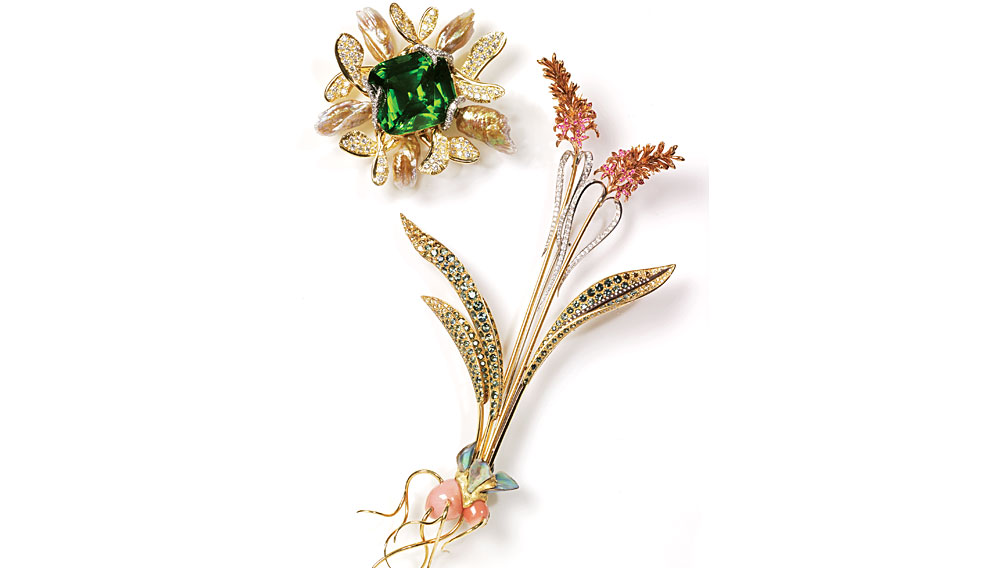 Tahitian and South Sea varieties might be the most valuable types of pearls, but their traditionally round shapes did not fit the vision of jewelry designer Nicholas Varney (www.nicholasvarneyjewels.com). Instead, for his latest line, Varney used organic-shaped Mississippi River pearls. “I went to New Orleans to capture the tenor of the origin of these pearls,” says Varney, who lived in the region while he sketched designs for the collection. His favorites are the purple-tinted pearls from quahogs, whose shells were the basis of the Native American currency known as wampum. He says he was drawn to the pink-, lavender-, and blue-hued American pearls for their metallic tints, which come from the high levels of iron in the Mississippi. For his pieces, Varney combined the pearls with blue-tinted moonstones and diamonds to create what he calls a cool, understated palette.

A Jewel Thief Stole $5.8 Million in Diamonds Using a Worthless Bag of Pebbles