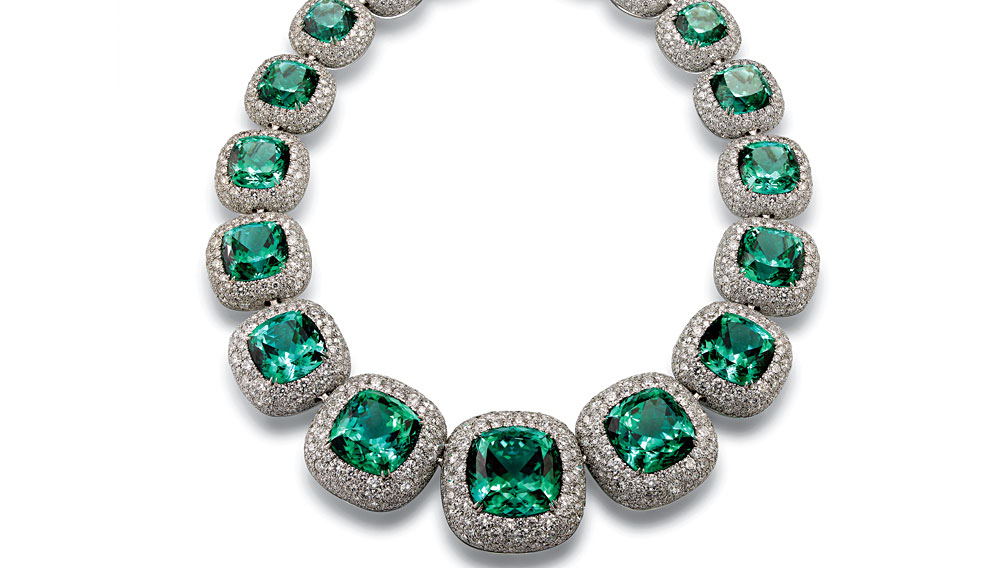 Evan Yurman did not hesitate after receiving a call from a gemstone trader in Thailand last year and learning that a cache of extraordinary blue tourmalines had been uncovered in Africa. Yurman, a designer for his father’s namesake jewelry brand, David Yurman, flew from New York to Thailand the next day and bought the gems before anyone else could. (As a condition of the sale, the traders required that Yurman not reveal the tourmalines’ country of origin.)

Yurman used his bounty to create what he calls the Lagoon Tourmaline necklace for the David Yurman High Jewelry Collection (646.410.7296, www.davidyurman.com), a series of one-of-a-kind pieces available at the company’s boutiques in New York, Beverly Hills, and the South Coast Plaza in Costa Mesa, Calif. (or by special order through its boutiques nationwide). The $1.8 million necklace is made with diamonds and 13 cushion-cut blue tourmalines weighing a total of 238 carats.

“What makes these stones different from other tourmalines is their deep, uniform color and their clarity,” says Yurman. To enhance their eye-catching hue and cut, he created a setting as unusual as the tourmalines: A rock-crystal base with platinum inlay, mother-of-pearl backing, and the brand’s signature quatrefoil symbol cradles each gem.