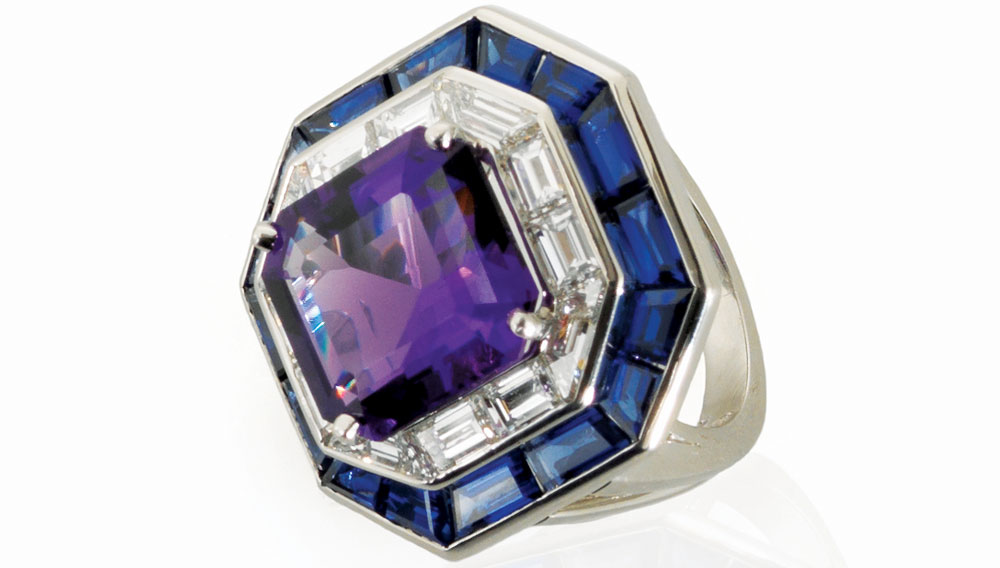 The 40-piece Oscar Heyman 100th Anniversary Collection (www.oscarheyman.com) celebrates the jewelry house that for the last century has been creating showpiece designs for retailers including Cartier and Van Cleef & Arpels. The new collection, which is priced from $20,000 to more than $1 million, and is crafted at the company’s New York City workshop, showcases important gemstones the company has acquired over the years. A necklace, for example, features four large, rare Lightning Ridge black opals and a cache of emeralds and diamonds. Other designs contain stunning examples of alexandrite, chrysoberyl, and star sapphires.