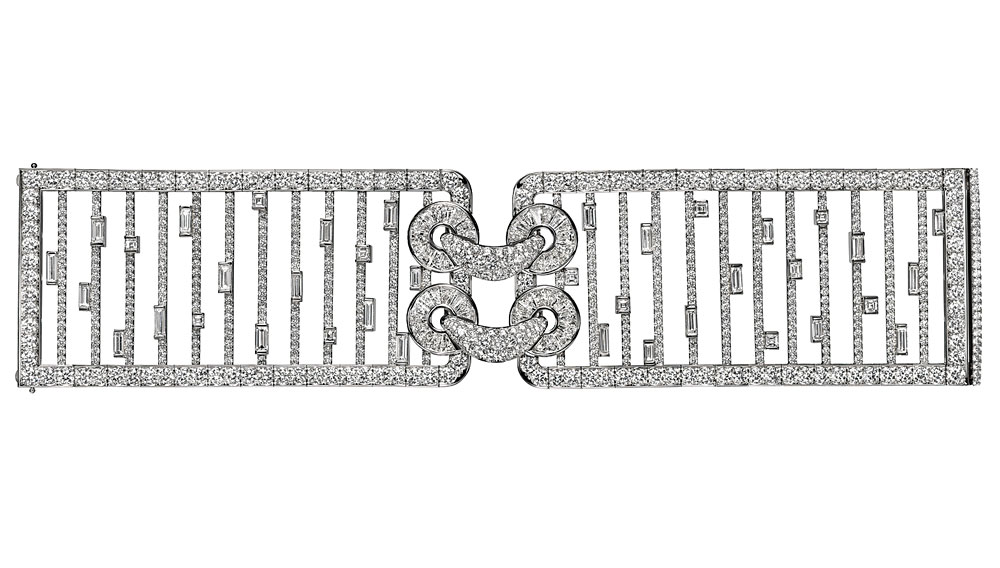 A new collection of 40 one-of-a-kind designs, the Ultimate Adornments by Harry Winston (www.harrywinston.com) references key people in the brand’s 79-year history as well as cultural ideals of costume and adornment. The Caftan series, for example—one of seven themes within the collection—pays tribute to Ambaji Shinde, who was the house’s chief designer for over 40 years. The collection also includes the Mrs. Winston series, which alludes to the lavish designs preferred by the founder’s wife, Edna. The Qipao bracelet shown here is set with more than 175 diamonds, totaling 45.52 carats. All of these high-jewelry pieces, which range in price from $32,500 to millions of dollars, are made in a small atelier above Harry Winston’s flagship store on Manhattan’s Fifth Avenue.