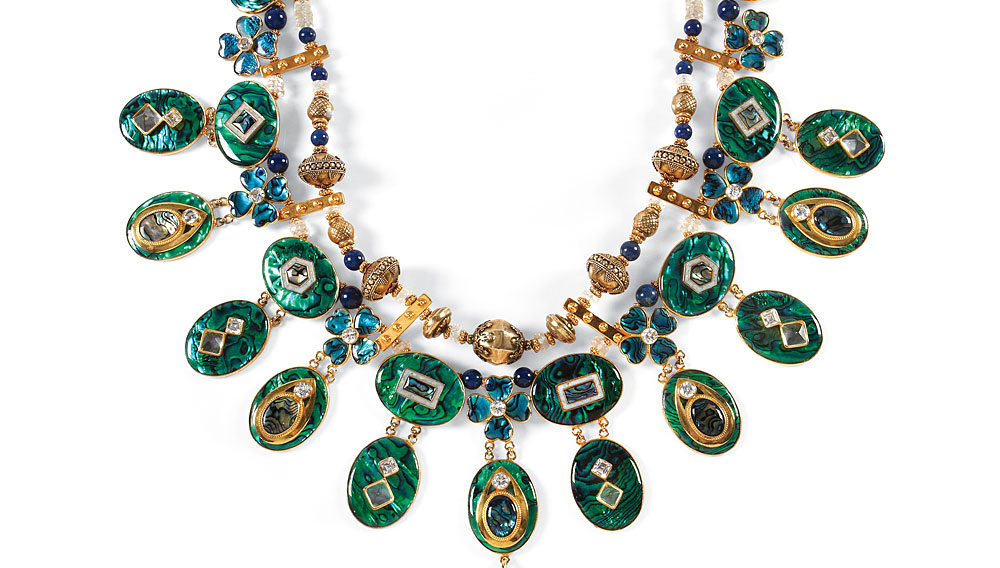 A Collection of one-of-a-kind costume jewelry pieces created by the late Los Angeles designer Tony Duquette will be made available to the public for the first time this spring. On April 18 in Los Angeles, Bonhams & Butterfields will conduct Talismans of Power (www.bonhams.com), an auction of more than 100 lavish necklaces, pendants, and bangles that exemplify Duquette’s acclaimed “more is more” style of design.

Duquette, who died in 1999, created the jewelry from Chinese turquoise, African tigereye, Brazilian garnet, and other relatively inexpensive materials that he chose because of the protective powers or healing qualities they are said to possess. The 24-karat-gold collar shown here has a presale estimated value of about $2,000 and features zircons, lapis, Brazilian quartz crystal pyramids, and Paua shell from the Philippines. Duquette intended the piece, which includes a cerulean ornament that hangs below the rest of the stones, to symbolize the beauty of the sea.