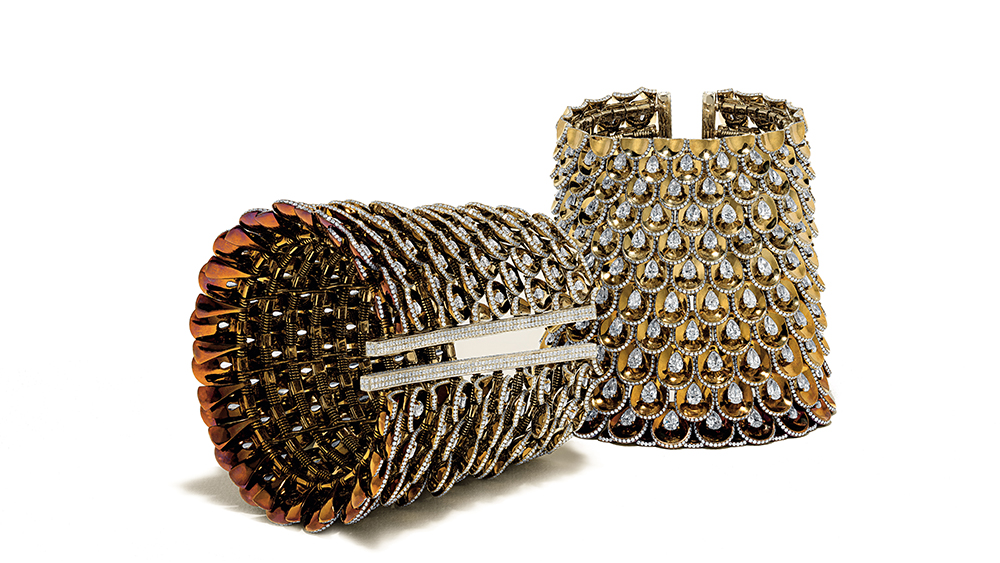 Known to many simply as “G,” Glenn Spiro is a London-based private jeweler who creates one-of-a-kind designs sought by collectors and connoisseurs for their unexpected pairings of rare colored gemstones with offbeat materials. And yet, outside of those privileged circles, his work remains largely unknown. A new book, G: Glenn Spiro—The Art of a Jewel, published by Assouline in October, looks to change that.

“I don’t think anyone is doing what Glenn is doing,” says author Jill Newman, a veteran jewelry writer (and former longtime Robb Report editor) who met Spiro some 20 years ago, when she encountered his work at the Baselworld luxury fair, in Switzerland. “Each piece is such a triumph,” she says.

Newman refers to a necklace Spiro designed using 20 natural, cushion-cut Colombian emeralds totaling 212 carats. “Anyone else would take these rare stones and make rings, necklaces—several pieces,” she says. “He took all of them and set them in a green titanium choker. You could wear it to a black-tie affair, but if someone wore it down the street with a white T-shirt and jeans, you wouldn’t even know.” That kind of irreverent approach to the rarest of stones—think Burmese rubies, Kashmir sapphires and Golconda diamonds, but also more esoteric gems such as fine spinels, antique turquoise and demantoid garnets—is classic Spiro.

The jeweler, who hails from East London, got his start at age 15 as an apprentice at English Artworks, a workshop owned by Cartier in nearby Hatton Garden. He burnished his reputation when he began partnering with Lançon, a Geneva-based jewelry manufacturer renowned for its boundary-pushing designs. In 2014, Spiro established his own atelier, and since 2016 he has operated out of a historic salon in Mayfair, the former studio of fashion designer Sir Norman Hartnell. Unlike many of his contemporaries, however, he’s never pursued the limelight, preferring to let his idiosyncratic jewels stand on their own.