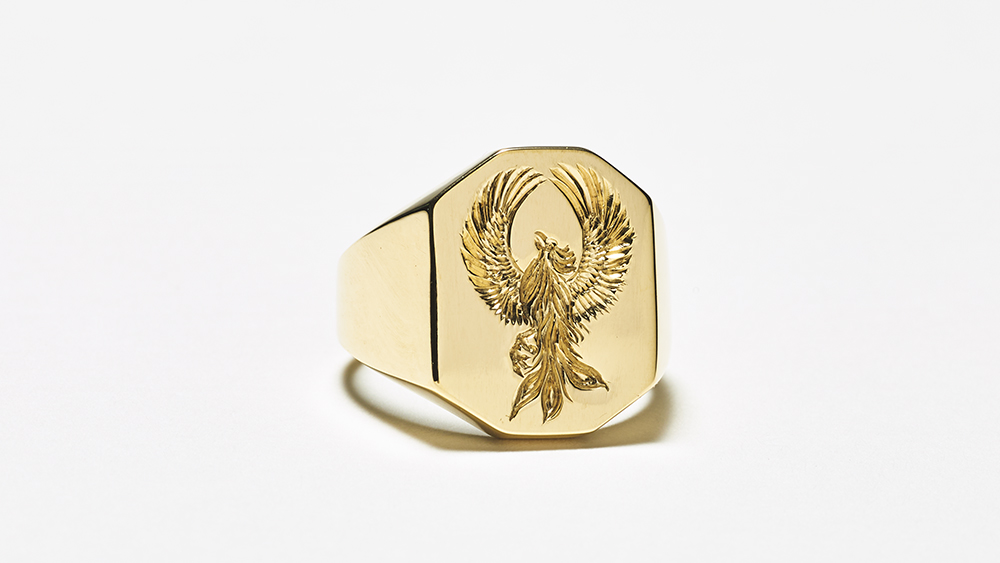 Signet rings have long signaled aristocratic origins… or at the very least a hefty amount of pretense. Before you turn your nose up, though, let us tell you why they’re having a major moment. Once engraved with a family crest and used as a stamp to sign documents, signets date back to when pharaohs still ruled Egypt. But their modern counterparts aren’t about status so much as style.

They now come in all variations, from blank slates to be engraved as you please—both Rebus and Kim Dunham specialize in hand-engraving rings—to versions outfitted with ancient Roman coins, like Jorge Adeler’s, or unique Balinese designs, like John Hardy’s.

“My Rebus signet ring was a birthday present from my wife three years ago, who had it engraved with my family crest,” said Jack Strachan, 36, owner of creative agency Say Hey Representation. “We’re from Scotland, so it’s an insignia of a demi-stag springing, holding a thistle in its mouth. I hope to pass it down to my kids one day.”

Thoroughly modern signets are being worn with everything from a tailored suit to jeans and sneakers. And here’s a controversial thought: While they predominantly still have pride of place on the pinkie, they are fit for any finger.