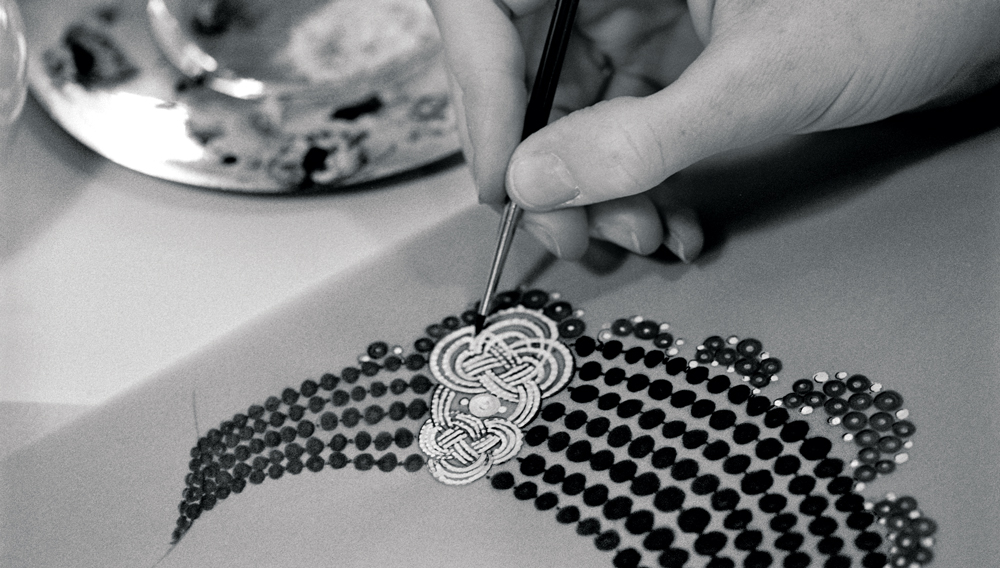 During the heyday of the art deco movement, Van Cleef & Arpels introduced a new style of setting gems that employed no visible prongs. In 1933, the house named this technique the Mystery Set to emphasize the secrecy underlying the complex, patented design, and more than eight decades later, this innovation remains one of the house’s most revered treatments. Now, the principles of craftsmanship responsible for its enduring appeal—along with the secrets behind other historical jewelry and watchmaking techniques—are being revealed in a series of classes organized by L’École Van Cleef & Arpels, the Parisian company’s traveling school, which makes its American debut at New York’s Cooper Hewitt Smithsonian Design Museum from June 4 through June 18.

Established three years ago in Van Cleef & Arpels’s majestic 18th-century mansion on Place Vendôme, the school quickly became a popular destination for clients from around the world who wanted to learn more about the oftentimes obscure world of gemstones, high-end jewelry, and watchmaking. The courses examine these subjects in the context of art, culture, history, and craft, says Marie Vallanet-Delhom, president of L’École Van Cleef & Arpels, who will be in New York with the school’s lecturers and artisans for the series. “Jewelry is part of our civilization and history and is relatable to everyone,” she says. “Since early times, man has adorned himself with stones as a symbol of power or as a talisman for good luck, and it is an important expression of us.”

The history of jewelry is the subject of one of the 12 courses offered at the school, whose curriculum extends well beyond the world of Van Cleef & Arpels to include broad perspectives on the disciplines of gemology and watchmaking. Yet this unique series is anything but academic. One program provides attendees with unrivaled access to the French jewelry house’s most distinguished craftspeople, including stone-setters and haute joaillerie artisans, who give their pupils hands-on training in such processes as painting an initial jewelry design and setting a stone. A four-hour course invites students to deconstruct an 80-piece mechanical movement and reassemble it under the direction of a master watchmaker, while other sessions deliver a crash course in gemstones, enabling participants to inspect important examples to compare and contrast their nuances and various qualities.

Although students of Van Cleef & Arpels’s pro tem school are unlikely to master the Mystery Set technique during their brief tenure, they nevertheless will come away with a much deeper appreciation of the talents and time-honored techniques that inform the pieces they own already—and those they have yet to acquire.