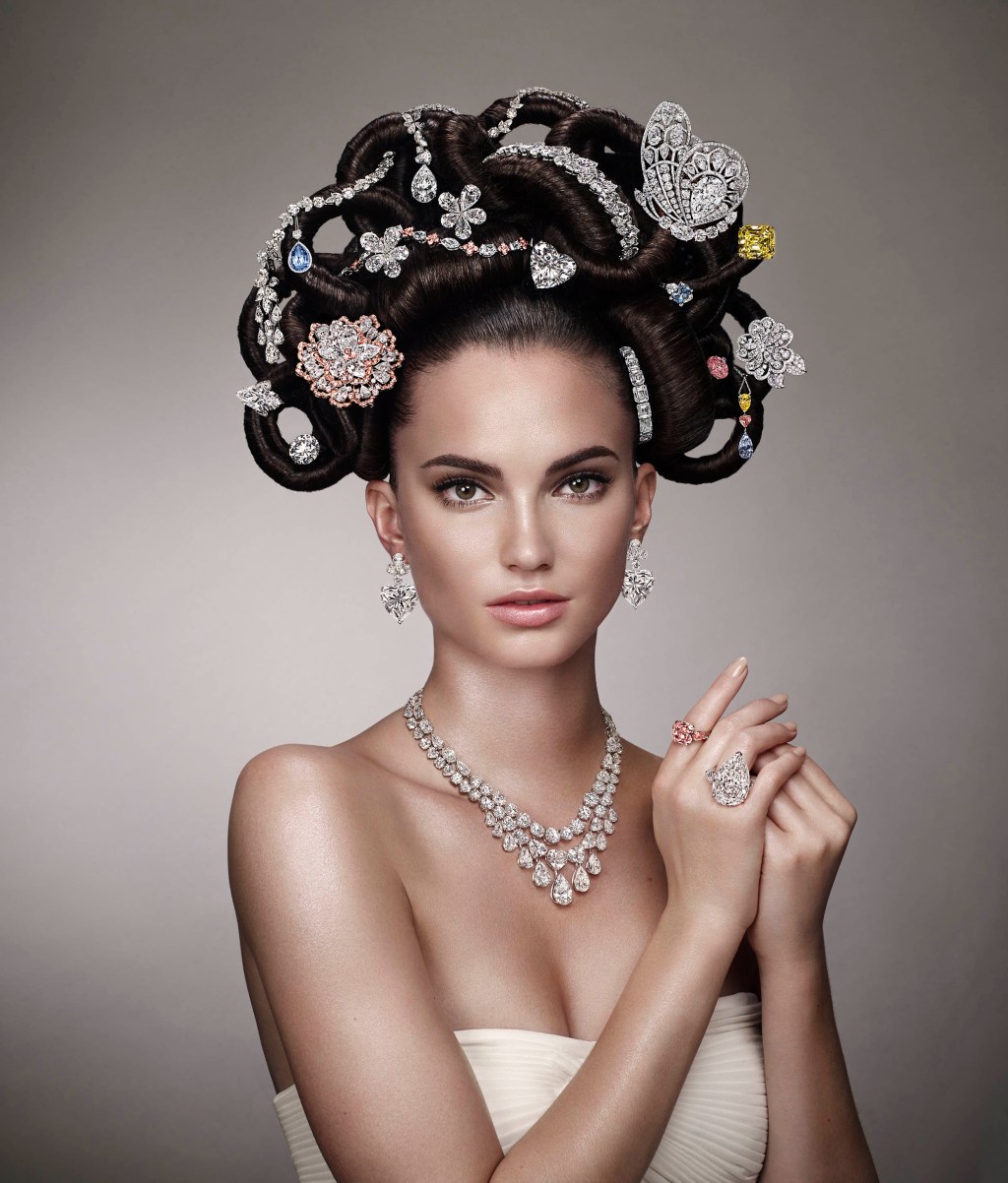 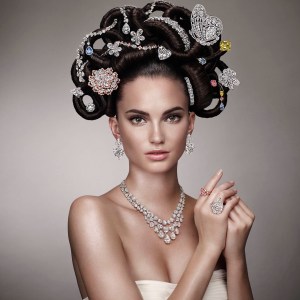 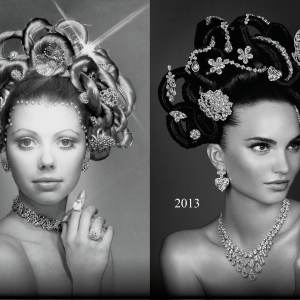 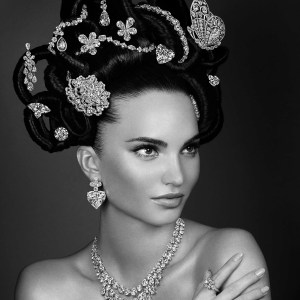 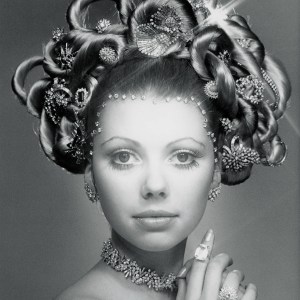 In 1970, world renowned diamantaire Laurence Graff OBE created Hair & Jewel, an ornate coiffure comprising one million dollars of diamonds and precious gems. It captivated audiences from around the globe, creating an interest and excitement for the jewellery crafted by Graff Diamonds, which continues to this day. To celebrate Laurence Graff’s 60th anniversary working in the jewellery industry and to mark the success of Graff Diamonds globally, Hair & Jewel has been recreated. Featuring 22 individual jewelery pieces with a value of half a billion dollars, including a number of the world’s rarest and most valuable diamonds, it showcases Graff’s renowned expertise for creating the most fabulous jewels in the world.

Incorporated into the recreation are a number of record breaking diamonds that have been cut and polished by Graff, namely the Graff Sweethearts a magnificent pair of earrings featuring 51.53ct and 50.76ct D colour Flawless type IIA heart shape diamonds and a selection of jewelery crafted from the 550ct Letšeng Star, the 14th largest white rough diamond ever discovered.

Commenting on the original creation of Hair & Jewel in 1970, Laurence Graff said: “At that time, this was a highly original concept which captured the attention of the world’s media and was seen in newspapers and magazines around the globe. Until this time, images showing fine jewelery were typically modelled in a more conservative style. This image broke the mold by using a younger model and created the idea of diamonds being aspirational to younger women.”

It has been more than 40 years since the original image of Hair & Jewel was captured. The recreation marks an important milestone in Graff Diamonds’ history and coincides with the opening of its 40th store globally.

Mr Graff continued: “Hair & Jewel is a celebration of our expertise and success, as we continue to operate at the very pinnacle of the industry. I am extremely proud of what Graff Diamonds has achieved, but as I always say, we are just beginning; there is still a long way to go.”

The recreation of Hair & Jewel was photographed by David Slijper with hair styling by Eamonn Hughes and is modelled by Dalia Gunther.