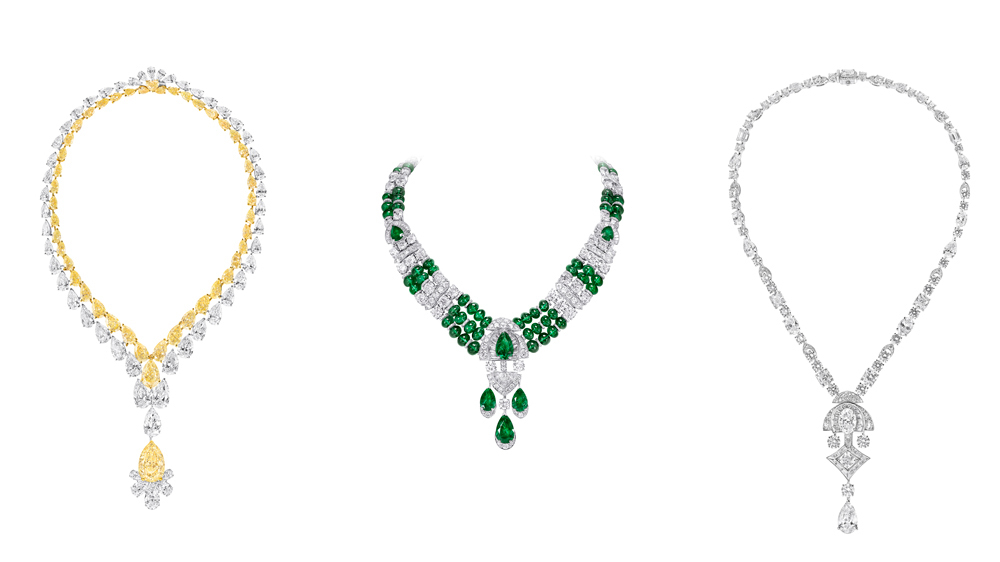 Excess is best. At least that’s the takeaway from Graff’s newest high jewelry collection, Graffabulous, which features the most high jewelry pieces the brand has ever introduced at one time.

Unveiled in late April, Graffabulous is an ode to the women of ancient mythology. It is composed of more than 80 pieces of one-of-a-kind jewelry laden with more than 3,600 carats of gemstones in total, including 1,877 carats of white diamonds, 678 carats of yellow diamonds, 616 carats of sapphires, 414 carats of emeralds and 101 carats of rubies.

Graff “Goddess of the Sun” White and Yellow-Diamond Necklace  Graff

The collection is rife with spectacular rings—25 to be exact. Chief among them is the “Goddess of the Sea” ring centered on a 38.13-carat ExEx D flawless cushion-cut diamond set in a minimalist four-claw setting. As a Type IIa diamond, the stone is distinguished by its purity. In fact, in ancient times, it would have been described as a gem “of the finest water,” a reference to the transparency of its crystal.

“Our original concept was to take our audience somewhere impossible—to a fantasy Graff Island, home to the most fabulous jewels in the world,” according to a statement provided to Robb Report. “These pieces represent the pinnacle of our high jewelry creations—each one is the embodiment of pure fantasy. We scoured the world looking for locations that would have the diversity of raw nature to capture the full odyssey of the campaign—from roaring oceans, deep jungles, sheer mountain tops and pristine beaches.”

“The campaign will unfold as a six-part odyssey—the ‘Legend of Mermaids’ is our first chapter,” according to the statement. “These are storytelling jewels, each chapter draws inspiration from powerful women of ancient mythology, retold by our three contemporary Graff Goddesses.”