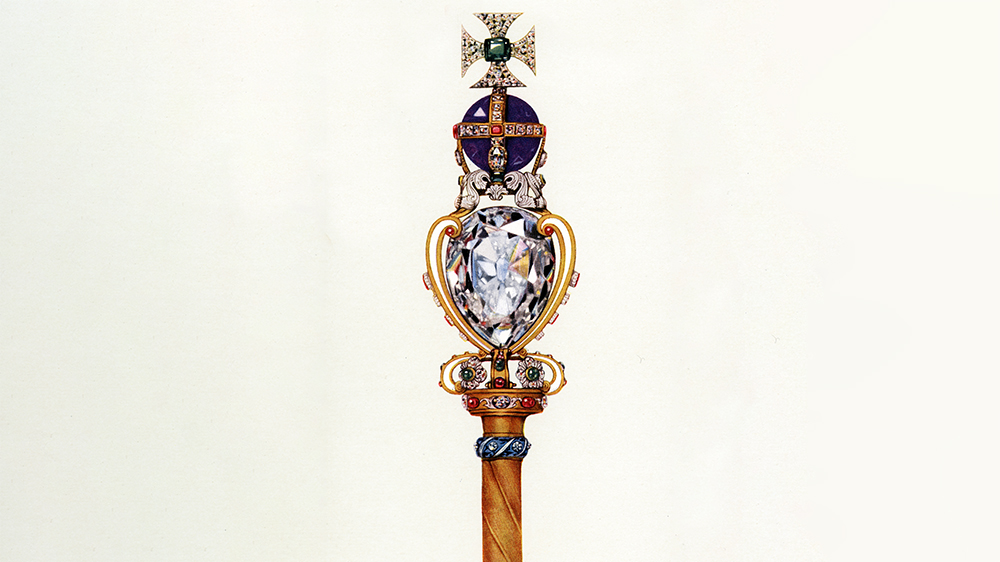 The death of Queen Elizabeth II last week has raised questions regarding the ownership of the world’s largest known clear-cut diamond.

The Great Star of Africa, otherwise known as Cullinan I, is currently mounted on the late sovereign’s royal scepter but originally hails from South Africa. The 530-carat diamond was presented to King Edward VII in 1907, two years after it was discovered in a private mine in Cullinan. Many South Africans view Britain’s acquisition of the jewel as illegitimate and are calling for the British royal family to return it to the country, as reported by CNN.

“The Cullinan Diamond must be returned to South Africa with immediate effect,” activist Thanduxolo Sabelo told local media. “The minerals of our country and other countries continue to benefit Britain at the expense of our people.”

According to the Royal Collection Trust, the original gem was the size of a human heart and weighed around 3,106 carats. It was sent to Asscher of Amsterdam in 1908 and cut into nine large stones and 96 smaller pieces. According to the Royal Asscher, the largest of the stones was purchased by South Africa’s Transvaal government while it was under British rule and presented to King Edward VII as a birthday gift. It was subsequently set in the king’s scepter. The second largest cut stone, known as the Smaller Star of Africa, was mounted in the Imperial Crown.

University of South Africa professor of African politics Everisto Benyera rejects that narrative and argues that “colonial transactions are illegitimate and immoral.”

“Our narrative is that the whole Transvaal and Union of South Africa governments and the concomitant mining syndicates were illegal,” Benyera told CNN. “Receiving a stolen diamond does not exonerate the receiver.”

The death of Britain’s longest-serving monarch has sparked conversations about colonialism and the way it has affected different countries. Member of the South African parliament Vuyolwethu Zungula urged his country to “demand reparations for all the harm done by Britain” and “demand the return of all the gold, diamonds stolen by Britain.”

More than 6,000 people have signed a petition asking for the Great Star of Africa to be returned and displayed in a South African museum.