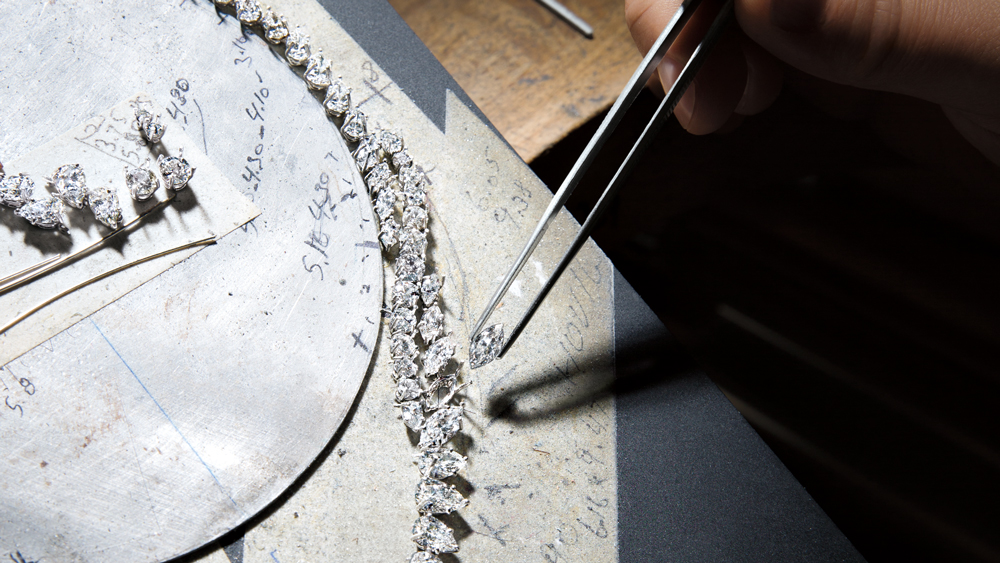 As the chair of the Swatch Group, Nayla Hayek boldly orchestrated the purchase of Harry Winston in 2013, vowing to stay true to Mr. Winston’s legacy as the King of Diamonds. Later that same year, she affirmed her commitment to that promise, paying a record-breaking  $26.7 million for a 101.73-carat, D-flawless, pear-shaped diamond at a Christie’s Geneva auction. After buying the stone, which she aptly named the Winston Legacy, the CEO charged her diamond buyers with building a cache of D-color internally flawless stones. A 3-year quest ensued, the results of which were unveiled in September with the Legacy Collection: 22 one-of-a-kind designs featuring large D-color, internally flawless diamond center stones.

“We wanted to create a series of jewels that reflected the heart of the brand and spoke to Mr. Winston’s true legacy,” says Hayek. “We went back to the way Harry himself used to create jewelry—designing pieces for individual stones rather than finding stones to fit particular designs.”

The most challenging part of creating the series was sourcing its D-flawless and other top-quality specimens—1,667 in all. “Diamonds of this quality and caliber are incredibly rare, which is part of their value and desirability,” says Hayek. There is also sentimental value: Four of the designs were conceived by the late Maurice Galli, Harry Winston’s longtime senior designer who died last fall and was the last designer on the in-house team to work directly for Mr. Winston. The entire collection was designed and created in Harry Winston’s legendary Manhattan atelier above the Fifth Avenue store, where the founder steadfastly oversaw the design and execution of all the jewelry that bore his name. The company wouldn’t comment on price, but Hayek offered, “One-of-a-kind, very important stones are always a good investment.”