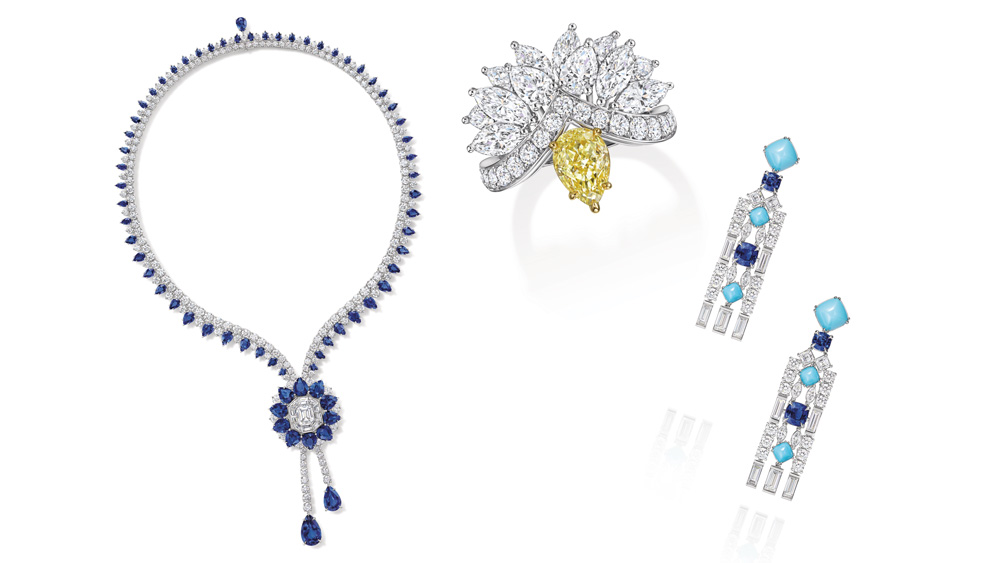 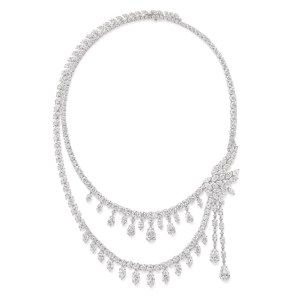 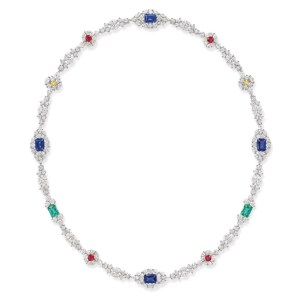 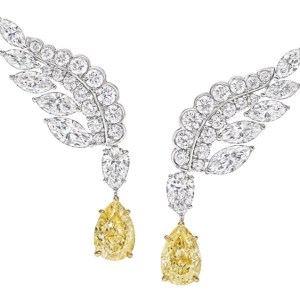 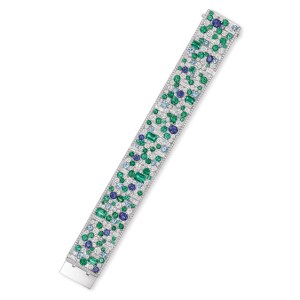 The sights and sounds of New York have proved to be such a wellspring of inspiration that citing it is almost a cliché—that is, unless you happen to be Harry Winston. With its latest collection, the designers at the 86-year-old house have deftly avoided the overworked iconography of NYC (no apples or Empire State silhouettes here) and instead turned the city as Winston saw and experienced it during the early 20th century into a decidedly glamorous 32-piece line. Each piece drips diamonds and precious stones, boasting its Big Apple inspiration in a way that is elegant, fresh, and, above all, personal.

Released in late September, the New York Collection is actually composed of eight mini lines—each featuring two or three pieces that distill a specific part of the city held dear to the brand’s namesake. Take the City Lights range, which nods to the bright lights and colorful costumes of Broadway (Winston loved to attend shows and even had Broadway stars pose in his Court of Jewels collection) with a necklace, a bracelet, and earrings that offset bold emeralds, red and blue sapphires, and yellow diamonds with sparkling colorless stones in a playful variety of cuts.

The Brownstone line takes a similarly abstract approach, mimicking the vertical lines of the Upper West Side brownstone where Winston was born, with angular baguette diamonds arranged in a glittering pendant necklace and swinging chandelier earrings. The sugarloaf turquoise and blue sapphire version of each (they are also available in blue and yellow sapphire) winks at Art Deco architecture found elsewhere in the city.

That same architecture is interpreted more literally in the Eagle subcollection. Here, colorless and yellow diamonds are set in sweeping lines that mimic the motion of a bird in flight and recall the cast-iron eagles that adorned many of the city’s buildings in the early 1900s. The 718 range, meanwhile, celebrates the additions to the city’s landscape made by Winston himself—namely the 18th-century style of the Harry Winston flagship salon at 718 Fifth Avenue that he built in the early 1960s. With its gleaming, rope-like strands of brilliant diamonds and diamonds placed to cascade down collarbones, the 718 Chandelier necklace (there are also two rings in a similar style) is the highlight of this particular subcollection—meant to capture the glittering bronze chandelier that still hangs high above the salon today.

You certainly can’t expect to catch the 718 Marble Marquetry diamond and sapphire necklace or the elegant emerald, sapphire, diamond, and aquamarine Central Park Mosaic bracelet walking down the streets of Manhattan—that’s not Harry Winston’s style. But slip them on to head out to a gala on the Upper East Side or candlelit dinner at Gramercy Tavern, and you may just feel like you’ve stepped back into Mr. Winston’s diamond-encrusted city.