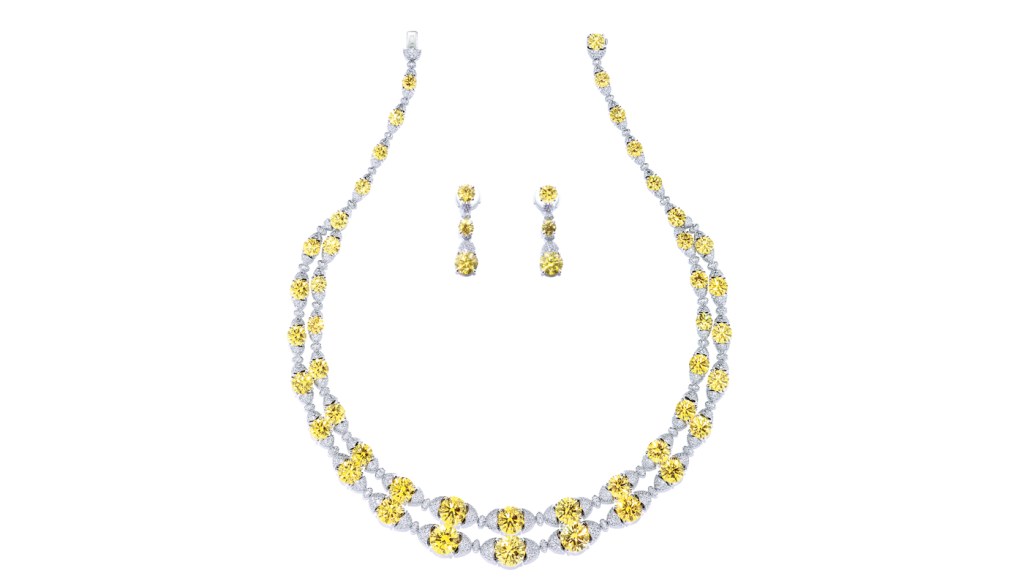 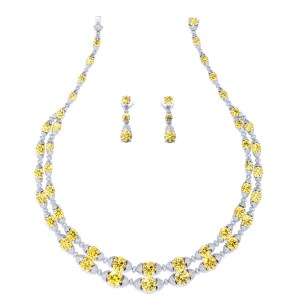 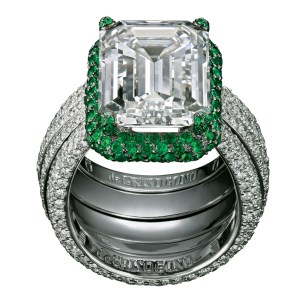 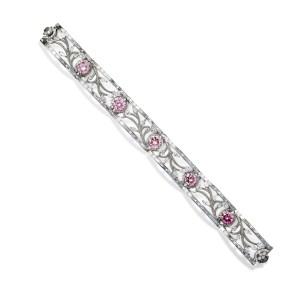 How do you discreetly carry $100 million in your pocket? In the form of diamonds. A handful of top-quality stones can be worth that much or more. Take, for instance, the Oppenheimer, a 14.6-carat fancy vivid-blue diamond about the size of an almond that sold in May at Christie’s for $58 million; or the Blue Moon, a 12.03-carat fancy vivid-blue stone that fetched $48.5 million in 2015 at a Sotheby’s auction. These sales and several other auction record-breakers in the past few years have caught the attention of investors, who have begun adding diamonds to diversified portfolios that already include more traditional holdings such as stocks, bonds, and real estate. And there’s an additional bonus—beyond their value—to investing in diamonds: You can wear them. “It is the most discreet indulgence,” says Robert O’Connell, the CEO of Asprey US. He says when a person wears a small 2-carat fancy vivid-green diamond ring, nobody is likely to know that it’s worth at least a few million dollars.

“Diamonds are a superb investment,” says Laurence Graff, a billionaire who earned his wealth by trading in diamonds. “Diamonds are heirlooms that are easily transportable and sure to increase in value, as well as serving as an unforgettable way to celebrate great moments.”

Their portable nature can make diamonds an especially attractive investment, notes Fawaz Gruosi, founder of the Swiss jewelry brand de Grisogono. He points to volatility in global economics and politics. “You can invest in bonds, stocks, art, and real estate,” he says, “but if you have a problem, you can’t take the house or a painting with you.”

This notion may be driving interest in the Sciens Coloured Diamond Fund, which has offices in London and ownership ties to Asprey. Founded in 2007 by Philip Baldwin and Mahyar Makhzani, the fund acquires and sells only top-quality colored diamonds. Since it was established, the fund reports, it has realized annual gains of more than 12 percent. “It’s been well documented that since 1959, colored diamonds have increased in price year after year, with gains on average of 10 to 12 percent per annum,” says Makhzani, who, with Baldwin, acquires the stones directly from the mines or from dealers and private collectors with whom he and his partner have longstanding relationships. One of their most prized stones is the Argyle Prima, a 1.2-carat fancy red diamond from the Argyle mine in Western Australia, with a value greater than $5 million. The small stone commands such high value because, Baldwin says, “there are probably fewer than 100 known red diamonds of 1 carat or more in the world.”

Industry experts predict that prices will continue to rise, especially because the Argyle mine—the world’s only consistent source for pink, violet, and red diamonds—could be depleted by 2020. Since 2000, the value of Argyle diamonds has significantly outperformed several major equity indexes, including the Dow Jones, Hang Seng, and S&P 500, according to financial reports from Rio Tinto, the mining giant that owns the Argyle mine.

Just as scarcity is driving up the value of diamonds, so too is the increased demand for them. More and more people want to acquire rare stones. “At the beginning of the last century, the only people who could buy a sizable diamond would be a king, queen, or a sheikh,” says Graff. “Today in our society, people have become very wealthy and there are not enough gem-quality stones to satisfy demand, and so they are becoming rarer and more desirable all the time.”

When Graff has the opportunity to acquire a newly discovered treasure from a mine company he must act quickly, because these days there are many more buyers for each stone. Despite the increased competition, he acquired and cut five exceptional rough stones this year. Collectively, the diamonds are worth more than $100 million. They include a 105.07-carat D-flawless pear-shaped stone christened the Graff Vendôme, and the Graff Venus, a 118.78-carat D-flawless heart-shaped diamond that was cut from a 357-carat rough diamond.

Exceptionally large, D-flawless diamonds such as Graff’s have become media sensations, garnering attention in the same way a rare Picasso painting does when it comes to market. Such was the case in September when de Grisogono unveiled the 813-carat Constellation rough diamond—dubbed the world’s most expensive rough diamond—at the Biennale des Antiquaires in Paris. De Grisogono’s Gruosi recently partnered with the diamond trader Nemesis International to bring this stone and other large specimens to market. Nemesis International paid $63 million for the Constellation, which was discovered in 2015 in Botswana’s Karowe mine. “When I saw the rough, it was love at first sight,” says Gruosi, who believes that after the cutting process, the stone will be one of the world’s largest D-flawless diamonds. It’s among a handful of especially rare stones that have been given names to ensure that they will be remembered as historic gemological finds.

Jewelers are cultivating diamond collectors in a manner similar to the way that art dealers nurture patrons. De Beers is courting its VIP clients with small gatherings at which it displays a coterie of stones from its Masterpiece collection of rare colored and white diamonds. Clients have the opportunity to learn about these lesser-known stones and compare their color, cut, and quality.

David Shara—the owner of Optimum Diamonds, a New York firm that specializes in selling colored diamonds—says that once clients are educated about collectible diamonds, they typically become collectors. Many of them are wealthy people looking for stable investments, he says, and many are “doomsayers who want the ability to keep their money by their side or even under their pillow.”

As with art collectors or car collectors, for some diamond collectors the chase is the biggest thrill. “You have to pay a ton of money for these stones, but people are always chasing after the best,” says Shara. “And regardless of price, they love the process of building a collection and capturing the prize.”