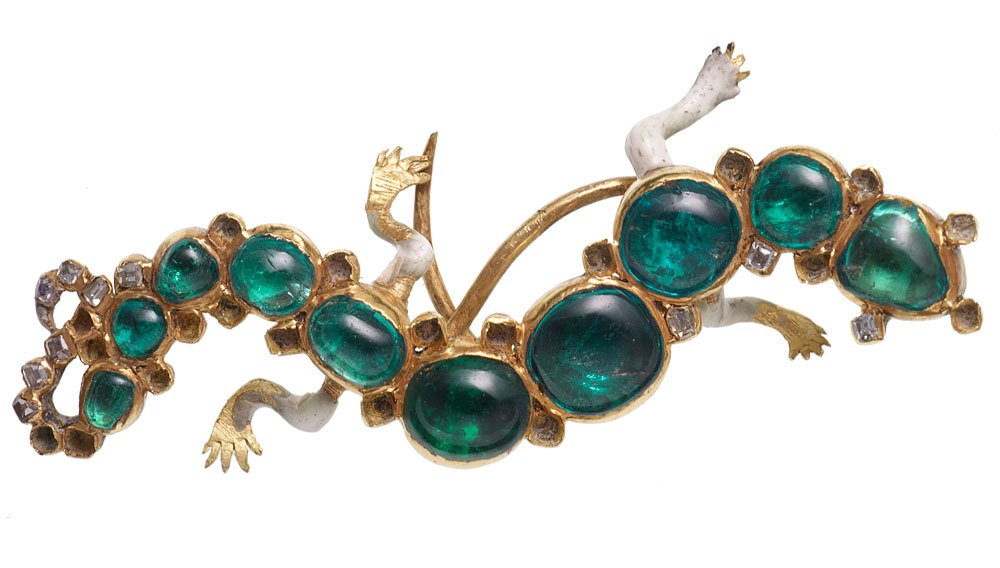 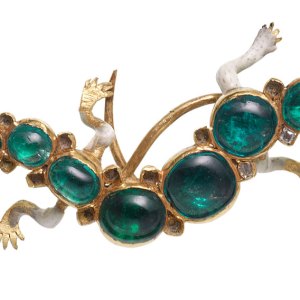 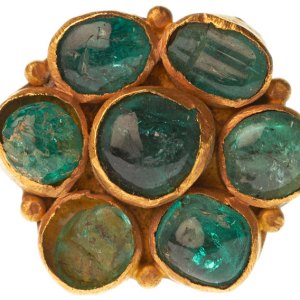 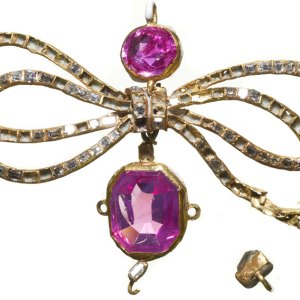 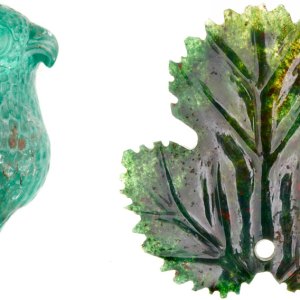 When a demolition crew in 1912 discovered a cache of some 500 jewelry pieces and gems buried in a Cheapside cellar in London, they had no idea they had uncovered one of the greatest jewelry finds of the 20th century. This extraordinary and priceless cache of late-16th- and early-17th-century jewelry and gemstones is on display as a collection for the first time at the Museum of London through April 2014. The Cheapside Hoard: London’s Lost Jewels, sponsored by Fabergé and the mining company Gemfields, is considered a significant historical find because there is very little well-preserved jewelry from this era, and this vast 300-year-old collection is in exceptional condition.

While the original owner of the collection is unknown, it is believed to have been a goldsmith and jewelry trader. According to the senior curator, Hazel Forsyth of the Museum of London, the Cheapside Hoard is the most important known collection of Elizabethan and Jacobean jewelry. It includes surprisingly simple, delicate, and light designs, such as several gold rings with square-cut colored gemstone centers and chandelier earrings made of gemstones carved into clusters of grapes. Chains of enamel and gold decorated with floral motifs appear as though they could be contemporary jewelry design. A highlight of the collection is an exquisite watch set in a single large emerald with a translucent green-enamel dial. (+44.207.001.9844, www.museumoflondon.org.uk)