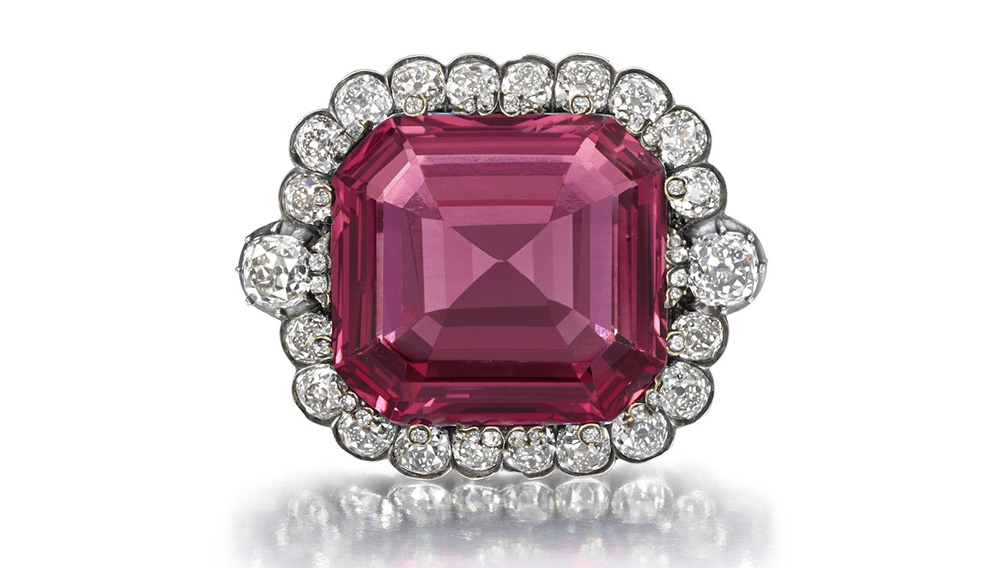 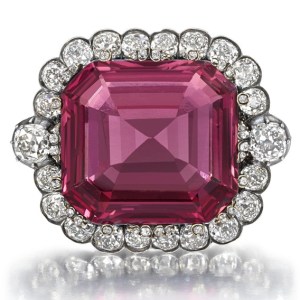 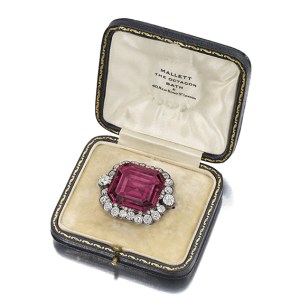 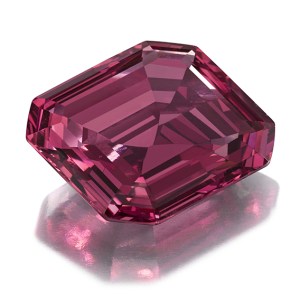 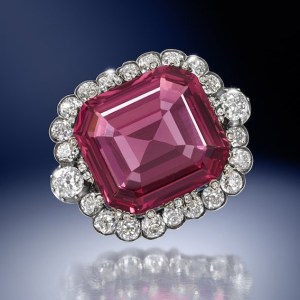 The Hope Spinel’s history is every bit as colorful as its lustrous rose hue. Often confused for a ruby—although the spinel has fewer inclusions—the plum-size gemstone (about an inch in diameter) was mined from the ancient Kuh-i-Lal mines in Tajikistan and acquired by London banker Henry Philip Hope in the 1800s. After Hope’s death, his gemstone collection (which comprised over 700 pieces, including the Hope Diamond, the world’s largest deep-blue diamond) became ensnared in a 10-year inheritance feud between two of his nephews. The courts eventually decided that the younger nephew would keep the majority of the collection, while his older brother Henry Thomas would inherit eight of the most valuable stones, including the 45.52-carat Hope Diamond and the 50.13-carat Hope Spinel. After Thomas’s death, his widow bequeathed the jewels to her second grandson, who was eventually forced to sell them because of financial woes.

The octagonal-cut stone, set in a silver-and-gold brooch and mounted within a wreath of shimmering diamonds, is now going to sale for the first time in nearly 100 years. When it was last auctioned off in 1917, the flawless gemstone fetched £1,060—the equivalent of over $100,000 today. At the forthcoming Bonhams auction in London on September 24, the Hope Spinel is expected to triple that figure and bring in over $300,000. (bonhams.com)