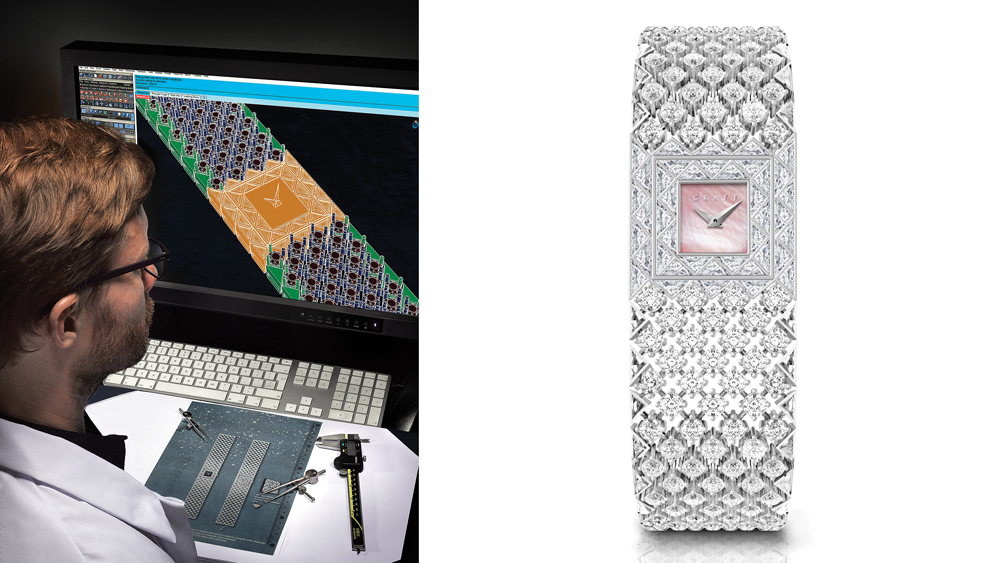 One might think that high-tech shortcuts would be anathema to fine jewelry, where it takes more than a decade, on average, toiling in a workshop as an apprentice before an artisan is even considered a master jewelry craftsman. Centuries-old jewelry-making skills have been passed down from one generation to the next, with technology rarely creeping in. But the past decade has seen 3-D printers become a fixture in jewelry workshops around the world, where they work side by side with craftsmen who carve, mount, and solder pieces using traditional techniques. Rather than competing with traditional jewelry manufacturing, 3-D printing has become a tool to bolster the human hand.

Even in Graff’s Mayfair headquarters, where some of the world’s most important diamonds and gemstones are meticulously set in one- of-a-kind pieces, the 3-D printer is embraced. In something of a Flinstones-meets-Jetsons moment, it’s being used to make the lost-wax casting process—a method that dates back some 5,000 years—more efficient and precise. When the workshop receives a new design sketch, rather than carve a wax model (as was the standard), the craftspeople create a digital drawing that is 3-D printed in resin, encase it in plaster, fire it in a kiln to melt the resin, and then use the hollow plaster to cast the form in precious metal. Not only does this ensure sound engineering and precise proportions, but working with a 3-D printer also creates a digitized archive of every design so that pieces can more easily be replicated or modified later.

Sam Sherry, Graff ’s head of technology, cites the brand’s diamond-encrusted Snowfall watch as a prime example of 3-D printing’s benefits. “The Snowfall has hundreds of pieces that all need to be exactly the same; to produce such a fine network of shapes in wax for each watch would be impossible. Human nature is biased, but 3-D printing evens out those biases.”

For New York–based jeweler Jordan Askill, 3-D printing is part of the creative process: “I use the technology almost like a paintbrush as a way to see my visions in reality.” Many of his designs involve realistic figures like panthers and sharks that, if rendered by hand, “would not have the hyperreal quality that is important to my work.”

In all of these scenarios, 3-D printing is used to build a preliminary model that is then made by hand. Also, there is increasing interest and experimentation with laser sintering, which prints directly into the metal, taking casting out of the equation. It’s a technique that’s being refined, but it still isn’t able to replicate the quality of a handmade piece.

“All of the pieces we make are essentially small works of art,” says Sherry. “You can never rely on a machine to do that completely; it will always need an artisan to finesse.”