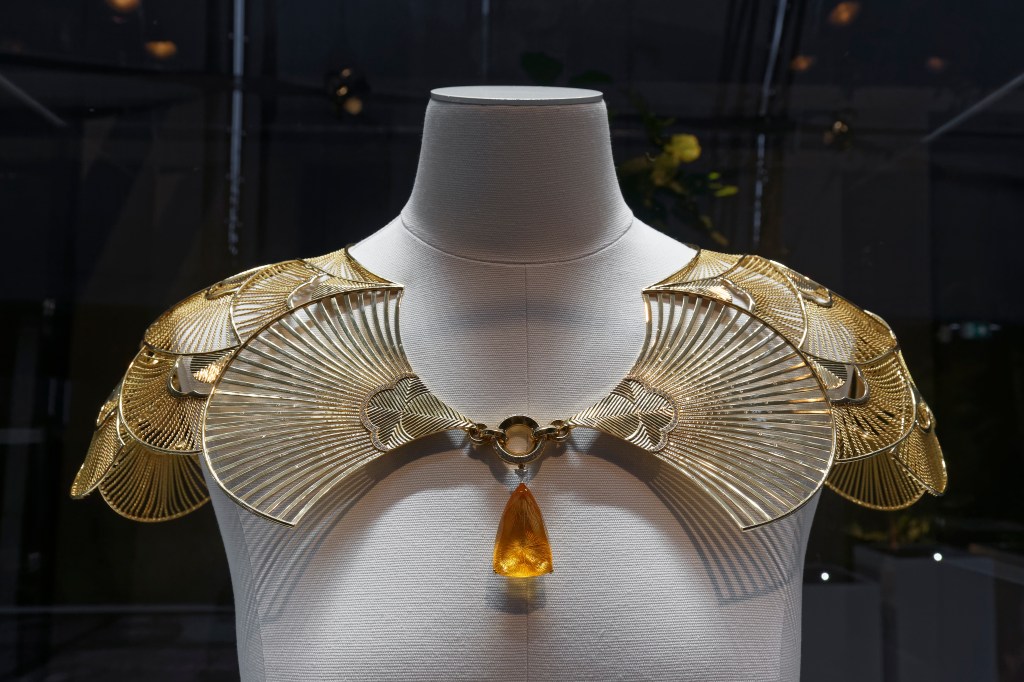 Last July, renowned Parisian jewelers— Cartier, Boucheron, Chanel, and more— invited top customers for the unveiling of their haute joaillerie collections, a most imaginative culmination of at least a year of labor. There was much more to the visit than just jewelry. Many guests enjoyed extravagant cultural immersions, exclusive events, and personal visits to company workshops, along with private viewings of designs that never reach the inside of a store. This is the way high jewelry is sold today. The stakes are especially high given that many of these one-of-a-kind creations sell for six and seven figures, and the jewelers spend millions of dollars feting these clients. Does romancing with stones work? Do the customers buy? In such fantasy settings and with such personal attention, the lure is apparently irresistible: The treasures do indeed sell.

The lavish jewelry presentations are timed with the haute-couture Paris Fashion Week, and Boucheron took a play from that book by creating an exquisite gold piece that unites the materials of haute joaillerie with the forms of fashion. Its artisan jewelers spent more than 900 hours making the elaborate 18-karat-gold Cape de Lumière, which elegantly drapes over the shoulders and is appointed with a huge 81.61-carat citrine drop in the center. This fashionable design proves that even the most historic jewelers (Boucheron celebrates its 160th anniversary this year, having been the first jewelry house, in 1893, to establish its atelier on the Place Vendôme) are pushing the boundaries. The cape was shown along with another innovative revelation: a series of voluptuous oral rings made with actual flower petals that were preserved, adhered to titanium, and decorated with gemstones.

Boucheron was one of several venerable houses that put high jewelry in a new context of storytelling and artistry. Chanel staged a dreamy presentation at the Grand Palais to showcase its new 59-piece Coromandel collection, inspired by Coco Chanel’s fascination with the Chinese screens. The space was transformed with a massive Coromandel-screen facade, clouds suspended from the ceiling, light-projected birds soaring across screens, and thousands of paper flowers hanging from above. At every corner, a stunning jewelry design portrayed elements of the Chinese screens through motifs in diamonds, pearls, and gold. Some special guests even visited Coco Chanel’s Rue Cambon apartment, decorated with her collection of Coromandel screens and other personal artifacts.

The magnificent Shangri-La Paris was a fitting location for the unveiling of Cartier’s Coloratura high jewelry, which featured more than 80 colorful designs displayed in vitrines and on mannequins swathed in gowns by Olivier Theyskens. International customers were later hosted for the evening at the Louvre’s Cour Carrée courtyard, where an orchestra played while dancers adorned in jewelry from the collection performed choreography by the Paris Opera’s prima ballerina.

In celebration of Victoire de Castellane’s 20th anniversary as Dior’s jewelry designer, that house presented its new collection along- side a retrospective of some of her most treasured designs at the Musée d’Art Moderne, with private viewings before the exhibit opened to the public for three days. The Dior Dior Dior collection, inspired by couture clothing and its craft, includes elaborate gold-and-gemstone pieces that appear intricately woven with a fabric-like drape. That Dior’s setting, along with several others, was a museum makes the not-so- subtle point that the pieces revealed there are on par with paintings and sculpture as works of ne art. But one glance will tell you that.