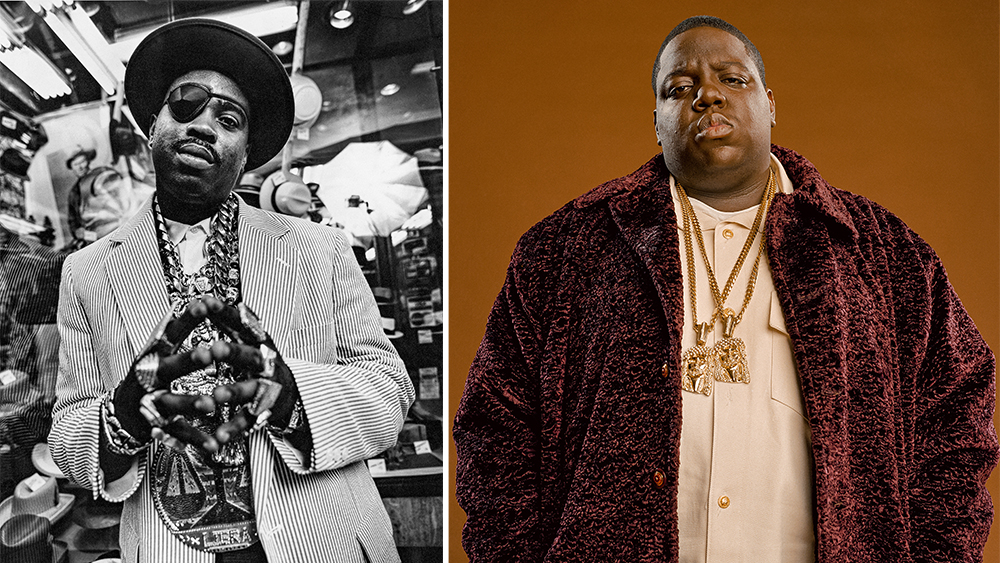 It’s no secret that hip-hop has been a tremendous influence on the world of fashion; sneakers, baggy silhouettes and haute sportswear are just a few of its contributions to the lingua franca of style. But the music genre’s impact on jewelry, however, is less commonly celebrated. Perhaps even more than clothes or shoes, bling has been a defining feature of hip-hop’s look from its earliest days. A new book is finally giving the relationship between rap and rocks the deep dive it deserves, with paeans from some of the industry’s biggest jewelry-loving artists.

Ice Cold: A Hip-Hop Jewelry History (Taschen) traces the genesis of jewelry among rappers and other musicians who helped define a distinct hip-hop aesthetic: thick gold chains, swaggering pendants, iced-out diamond pavé, not to mention grills. Author Vikki Tobak, who previously wrote Contact High: A Visual History of Hip-Hop, enlisted the likes of Slick Rick, A$AP Ferg and LL Cool J to provide personal accounts of their own relationship with jewelry and passion for collecting. As Ferg writes of building his jewel stash, “I look at it like buying a Damien Hirst painting and wearing a Francis Bacon around your neck.”

Tobak begins by zeroing in on the moment in the early 1980s when rappers like Big Daddy Kane and Eric B. & Rakim began to achieve widespread success and modeled their look after the drug-dealing kingpins that, at the time, embodied “making it”. Combing the aesthetics of the street with traditionally precious materials, the bespoke commissions of hip-hop’s earliest stars created a new jewelry vernacular that was entirely their own. Slick Rick describes it as “looking like it came out of Harry Winston, but bigger and grander and sexier.” As the book points out, jewelry has been a status symbol since antiquity. Hip-hop just took the flex to a new level of unapologetic extravagance.

The book follows the evolution of hip-hop’s jewels alongside its sound, from bold gold in the days of Run DMC to more elaborate, gem-heavy designs in the time of Biggie and Tupac to the nuanced styles favored by contemporary artists like Pharrell and Tyler the Creator. The book also traces how hip-hop created its own jewelry industry, specifically catering to the music world and those who wanted to cop their style, yielding its own marquee makers like Jacob the Jeweler and Greg Yuna.

This world hasn’t always been appreciated by traditional jewelers, but as A$AP Ferg—a Tiffany & Co. ambassador himself—points out, that is changing. In 2020, Sotheby’s hosted its first-ever sale dedicated to hip-hop, with gems such as Fab Five Freddy’s MTV ring and Slick Rick’s diamond-studded eyepatch fetching $35,280 and $25,200, respectively. Ice Cold’s insightful look at the historic relevance and deep meaning behind the bling only affirms that, just as it is with mainstream music, hip-hop is a driving force of contemporary jewelry. Filled with eye-catching images of the genre’s greatest and their most impressive bijoux, the book is an essential coffee table addition for music and jewelry lovers alike.

Even more, Dover Street Market New York will be hosting a book signing with Tobak and “special guests” on Friday, September 9th—an event that, if it’s anything like the book, promises to be a very good time.