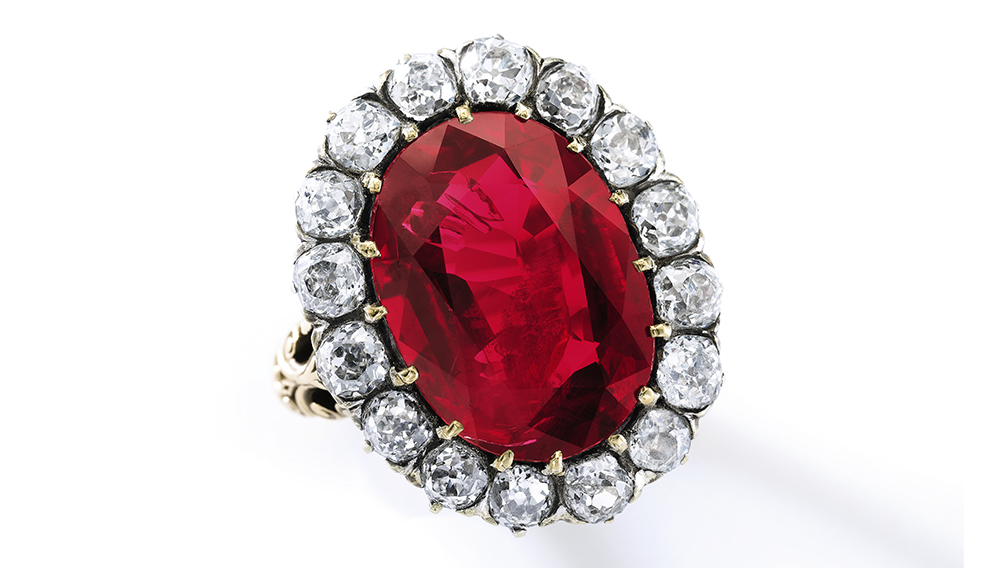 In 1930, Italian bookseller and scholar Tammaro de Marinis gifted Maria José of Savoy a ruby-and-diamond ring for her marriage to Italy’s Crown Prince Umberto. Maria José eventually became the queen of Italy in 1946; but it was unfortunately a short-lived title because, 27 days later, the Italian electorate abolished the monarchy. Fast-forward nearly 70 years and Sotheby’s Geneva is auctioning the Queen Maria-José Ruby Ring in its Magnificent Jewels and Noble Jewels sale on November 11, giving buyers the rare chance to purchase jewelry from Italy’s last queen.

The 8.48-carat Burmese ruby’s dark-red hue is classified as “pigeon’s blood,” the most sought-after color for a ruby. Adding to its allure is its incomparable size. Any Burmese rubies over five carats are considered truly exceptional, and this one is expected to fetch between $6 million and $9 million. (sothebys.com)